As both client and moderator, Stewart Dobson drew a number of valuable lessons from AQRąs latest workshop

The 'Mirror on the Moderator' workshop is to be highly recommended to anyone wishing to craft their skills in elicitation and moderation. The day, a challenging 'snapshot' of the principles of NLP modelling, also propels delegates to emotional depths which not only help enhance group rapport but also provoke thoughts about excellence generally and ways to achieve it.

My standpoint may be an unusual one, since I now moderate consumer groups after being trained six years ago as a facilitator and coach. The original aim was to run in-house groups so as to get staff motivated in support of the newly revitalised Brains Welsh beer brand.

Since then, the skill has proved valuable in running consumer groups and trawling for insights in tough times for the beer and pub market. That said, after 30 years in ad agencies and fmcg, I've witnessed hundreds of groups and been on loads of courses and I can genuinely say this scored on a number of points.

Contrary to the expectation of the course title (which suggested I'd be leaving with an excruciating dvd of me running a group), came the email question in advance about my 'values as a qualitative researcher'. Well, my original idea was immediately dispelled and, as the course began, some 24 of us were drawn into deeper thinking, skilfully moderated by Tina Berry, Anne Hastings and Joanna Chrzanowska.

From the start, the thought-provoking nature and relaxed style of the day was established. In future, rather than feeling 'self-taught', I know that what drives my enthusiasm is that I share 'core beliefs' with experienced moderators.

A key insight for most delegates was the classic four quadrant model developed using NLP by Tina and Anne, characterising the variety of styles in which discovery and insight are pursued and achieved. Initially demonstrated by the captivating and contrasting styles of exemplars Geoff Bayley and Julie Davey, this model elegantly reflects how each of us instinctively has a style and how, in certain circumstances, we can empower ourselves to adjust it in the pursuit of excellence.

Challenging clients to be less prescriptive in discussion guides was a clear lesson I took away here (bizarre ­ given that I am client and moderator!). Exercises on anchoring states, reframing questions, role play, structuring space and strategies for choice delivered valuable knowledge amidst much laughter from the group as a whole.

I am a ­ not infrequent ­ visitor to the Millenium Stadium in Cardiff. Yet this course, as an AQR member, cost less than two tickets to see Wales play! The venue was ideal, food excellent and above all the day was tremendous value. 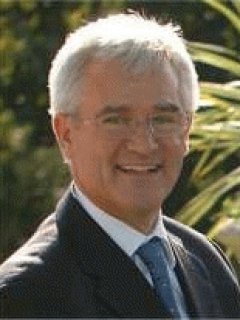