Hungary’s successful transition to a market economy in the 1990s, followed by its incorporation into the European Union in 2004, has made it one of the most developed and stable economies in Central Europe today. As a consequence, it is beginning to compete successfully with the Czech Republic as a destination for big brands wishing to undertake market research in the region.

Yet when I left Hungary for the UK in 2006, I was surprised to discover that many of my colleagues in market research were still predisposed to the archaic stereotypes of Central and Eastern Europeans as defined by the cold war era. In particular, researchers seemed to have little understanding of the diversity between the countries in the region when, in fact, the difference between a Hungarian and a Latvian is as marked as that between a Scot and a Spaniard.

In order to carry out successful and relevant market research in Hungary a good researcher needs not only to understand the country as a whole, but also the unique quirks and characteristics of its current consumers. It offers a mid-size market in the Central Eastern European region, with a population of approximately ten million. It is a capital-centric country with 2.5 million living in Budapest, the capital city. Ethnically homogenous, 93% of the population are Hungarian and the largest minority are Romas (6%).

Since the fall of communism, many of the region’s countries have striven to consolidate their national identity. Hungary is no exception and this can affect perceptions of brands with strong multinational or global credentials. Many Hungarians see big chains and multinational brands as symbols of exploitation, at the expense of local industry, and of a lowering in the quality of goods and products on offer.

The general antipathy and resentment felt by some Hungarian consumers towards Western brands was demonstrated, in 2001, when tens of thousands of Hungarians initiated a national boycott of goods from a large multi-national food product company.

A year before the company had bought a Hungarian factory, but then announced its closure in a restructuring programme. While the company did postpone its plans for closure as a result of the boycott, the restructuring that followed meant that the majority of workers in the plant lost their jobs. As a result, even today there is still a great deal of resistance against the company’s products in Hungary despite its heavy investment in brand-building and communication.

A key issue is that Hungarian consumers have little brand loyalty. During the emergence of the free market, brands had only a short time to establish themselves or any degree of heritage. Relatively few national brands, meanwhile, have gone on to become ‘favourites’. Those that do — such as Pick (salami), Unicum (bitter) and Tisza Cipo (retro shoes based on a brand from the communist era) — tend, however, to profit from greater trust and consequently are more popular than their foreign rivals.

The current rise in popularity among many of the internet-based brands — like iwiw (the Hungarian Facebook) and William Hill (online gambling) — proves the only exception to this trend. There is also a raised awareness of cult brands such as Google and Apple, albeit minute when compared to that which exists in wealthier nations.

For many Hungarians preferences are frequently based, not on brand, but on price. Despite a growing economy, the average income is still around a third of that in the UK. Products and brands on which the consumer can get a ‘good deal’ are, therefore, seen as a premium choice and override any quality issues.

It is vital for anyone conducting qualitative research in Hungary to understand the characteristics and the psyche of the Hungarian mind. As in all focus groups behaviour and temperament can vary between participants and often researchers face ‘intense’ personalities. Polite understatements are not the norm and frequently the researcher can be on the receiving end of brusque answers. For many participants, there are no grey areas and responses are a very firm positive or negative.

In my opinion, emotion often overrides logic, which may lead to long discussions and passionate arguments. Hungarians are also natural pessimists, which can result in them seeming cynical or mistrustful of new products. Researchers can, however, expect much hilarity in group sessions. The Hungarian sense of humour is very similar to the British, and shows such as Monty Python’s Flying Circus and Benny Hill are extremely popular.

They also display fierce nationalistic pride in their intelligence. Any time spent in conversation with a Hungarian respondent will involve mention of the country’s 13 Nobel Prize winners (a world record), and the many inventions attributed to its citizens.

For male focus groups it’s also useful to be aware of any sporting heritage. The national sports in Hungary are football, handball and water polo. The memories of the glorious ‘Match of the Century’, in which Hungary beat England 6:3 at Wembley are still very much alive! <>Successful market research in Hungary can only be conducted by acknowledging the country’s unique nature. It is critical that studies do not, for market research purposes, group it together with its neighbouring countries as Hungarians are, and demand to be recognised as, individuals. Understanding ‘Hungarianism’ is the key, because it reveals not just the population’s attitude towards brands, but also the typical idiosyncratic characteristics that determine the way they respond to market research.

Mariusz Adorjanyi
This article was first published in InBrief magazine, May 2008
Copyright © Association for Qualitative Research, 2008 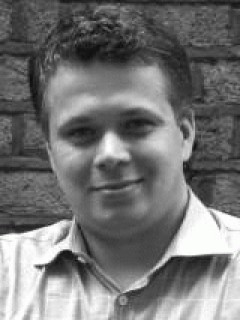