Japan: a country with high standards

In Brief's latest stop on its worldwide tour is Japan. Steven Sipes offers insights on the country, its people and culture

Given that Japan is the world's second largest economy, with a population of 127 million famously discriminating consumers, high living standards, and a reputation for high-quality manufacturing, many would naturally assume its market research industry to also be one of the largest.

The reality, though, is somewhat different. Japan remains comparatively under-researched in relation to its market size. Indeed, according to the Japan Market Research Association (JMRA), it's only the fifth largest market research market worldwide.

So to what do we attribute these lower levels of market research activity? There are two major factors at play here: first, dramatic cultural barriers, and secondly linguistic ones which separate Japan from other developed "western" markets. These tend to discourage many international market researchers from conducting work there.

Market research plays a much less prominent role in most Japanese companies" domestic marketing and communication activities (with qualitative research in particular being used much more sparingly). This translates to there being less "infrastructure" and somewhat higher prices, further discouraging many would-be international researchers from including Japan on global project rosters.

There are other ways, too, that Japan ­ as a research market ­ differs from many highly developed economies. For example, it's not the major international players, such as Nielsen, or TNS, who hold sway there. Instead, the three largest agencies in Japan are all home grown: Video Research, Intage and Dentsu Research respectively.

Although it may have been somewhat of a late starter, Japan ­ as a technology powerhouse ­ is also now one of the world's leading markets for online research. Back in 2006, 30% of all market research in Japan was already conducted online, while the use of mobile phones for sample collection has also long been an established technique.

So what should you as an international qualitative researcher expect for your next project in Japan? Probably something very different from what you are used to. Japan's culture developed independently from the West's.

Its people were largely cut off from the outside world for close to 700 years, until the start of the Meiji era in 1868. Its cultural values and customs are therefore very different from Europe's, which has wide reaching implications for conducting qual.

The following are a few tips on what to expect and how to get the best out of your Japan groups.

Japan ­ though slowly changing ­ currently remains a male dominated society. Adult females tend not to voice their opinions around males they don't know well. For younger respondents (those between 10 and 20 years of age), things swing in the opposite direction. Young females usually take the lead and males stay quiet in mixed groups. For these reasons, mixed gender groups are hardly ever recommended.

Because of the tendency to defer to one's elders, we've observed that groups work best when all respondents in a group are at the same "life-stage" and differences in age are minimal. Although many international researchers with limited budgets seek to "open-up" the range of opinions by including respondents from a broad age range, this often results in younger respondents staying quiet for most of the session. They may wait for their elders to speak first and many find it difficult to voice opinions that are different or contradictory to those of their elders.

It should be noted that, while "individualism" and "staying true to oneself" are usually looked on positively in the West, Japan's culture is very much consensus-based. Respondents may, therefore, be more formal than researchers are used to in their home markets and also take longer to "open up". The impact can be lessened by running smaller groups.

The Japanese also tend to be quite formal with those they meet for the first time. This affects both respondents" behaviour in groups and their attire. Making a good impression is important. Both sexes will dress somewhat formally, so do likewise if you intend to sit in the same room.

There is also a strong code of personal obligation in Japan, which can have a beneficial knock-on effect. Attendance at focus groups, when recruited properly, is usually regarded as a social obligation and means that no-shows and cancellations are quite rare. Respondents also tend to be punctual and often show up early.

The Japanese are famously hard workers, and routinely work long hours. Groups, therefore, typically start at 7:00pm or 7:30pm. Interview facilities tend to be centrally located in Tokyo or Osaka, near respondents" work, but most live in surrounding suburbs. Commute times dictate that groups are usually restricted to one per weekday evening with employed respondents.

To compensate, local research companies routinely run qual sessions at weekends or national holidays. Don't be surprised if your local partner says you'll need to complete four or five groups over the weekend to finish in time.

Japan's mountainous geography dictates that much of its population is concentrated in selected metropolitan areas on the coastal plains. It is also one of the world's most homogeneous countries: 98% of its population is ethnic Japanese. Groups run in relatively few locations, therefore, can produce a good representative view.

There are undoubtedly challenges in conducting research in Japan, but the value of including it in international projects should not be overlooked. Looking forward to seeing you soon in Tokyo! 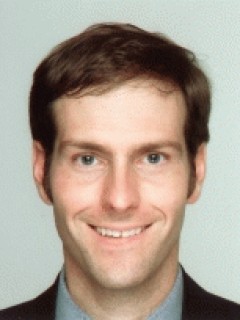 Steven Sipes began his research career in the US and has worked as a qualitative researcher in Japan for 8 years. He is the founder and managing partner of Lux Research Japan, an independent Tokyo based agency specializing in Luxury, travel and tourism and other leisure/ lifestyle sectors.