Is the honeymoon over so soon?

It"s a new year, and a new US president. But will the challenges he faces prove insurmountable?

The US elections saw a surge of hope not witnessed since the Kennedy era. The Obama victory marks a turning point in communications outreach with its direct two-way dialogue set up on social media sites, creating unprecedented excitement and emotional engagement among key audiences.

The harsh impact of the economic crisis, however, risks dampening the initial fire as realities set in. The mood outside of Washington DC and Chicago has already palpably altered as the credit crunch continues its toll. Is the honeymoon over so soon?

Echo Research tracked the rise and rise of Obama, and also the escalation of his commitments and challenges, starting with the economy, jobs, Iraq and climate change — all issues that America, try as it might, cannot tackle on its own.

Traditional topic areas which we often see in other elections, education, war policy, energy apportion, fell away to the economic crisis in the last six weeks to the election date with a very appealing candidate, one who was very articulate and clearly picking the agenda. And the agenda Obama set was the economy. He has made his position clear, but there is concern about whether he can meet the expectations he has raised.

Questions have already arisen: Are we going to be seeing change in terms of what"s the role and responsibility of government as opposed to what is the role and responsibility of the corporation? Are we going to look at capitalism in the same way as before, when you go back to the realm of the 1930s with its increase of regulation? Why is that going to happen? What will be the rebalancing in terms of priorities, and what will be the new role for elements of civil society across government, business and the public?

Internationally, the Obama mandate signals an opportunity for America to rebuild its relationships with its allies and to start winning over its adversaries. But the world will be watching. The new administration will only be granted a very brief honeymoon period and unless clear measures are taken on the economy and climate change, the window of opportunity will begin to close. Obama does not need to do much more to restore America's image abroad than to capitalize on the goodwill he engendered during the campaign by living up to its many promises. No small order and will be closely scrutinised by all. 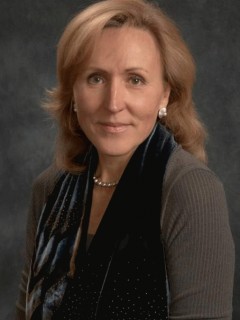 Sandra Macleod is Group CEO of global brand and reputation analysis firm, Echo Research, overseeing Echo's team of 145 international researchers supporting some 370 clients' research needs globally. With a 25 year pedigree in communications and reputation measurement gained in North America, France and the UK, Sandra is a Board Trustee of the Institute for Public Relations (USA), Fellow of the Chartered Institute of Public Relations (UK), Member of the Market Research Society, Companion of the Chartered Institute of Management and Council Member of the Finance and Measurement Committee of the Prince of Wales' Business Leaders Forum.