Is Qual too "fluffy" for press?

Carol Prest explores Aberdeen Journals" use of research, and explains why qual is currently such a difficult internal sell

If popular opinion is believed, press in Scotland has a lot to handle at the moment — including claims of its total demise within the next 10 years. Research gives insight into whether readers concur and if our research insight has shown one thing, it's that people see themselves with newspapers long after the next decade. What is important is that they are listened to and have the chance to voice opinions about newspapers — sometimes ideas fit in with the overall strategy for our titles and sometimes not.

Owned by DC Thomson, Aberdeen Journals is the publisher in print and online of the Press and Journal, Evening Express, Aberdeen Citizen and ScotAds as well as a series of advertising websites. It's a regional newspaper company whose titles are consistently among the best performing in the industry, covering the north of Scotland — an area roughly the same size as Belgium — encompassing the cities of Aberdeen and Inverness as well as some of the most stunning natural scenery within the UK.

Our morning broadsheet title, the Press and Journal, is the biggest selling quality newspaper in Scotland. Its area is served by seven regional editions, six days a week, delivering not only quality news and sports reporting, but also acting as the main source of news for key regional industries — oil and gas, farming and fishing.

The Evening Express is the best-read newspaper in Aberdeen and the North East of Scotland. The evening tabloid title delivers a targeted package of news, sport, lifestyle and campaigns on behalf of the population.

In the current climate, the effort required maintaining a strong performance across copy sales and advertising is no mean feat and the need for clear analysis, audience targeting and, playing a crucial role, well thought-out concise research.

Information is king and a vital element in the development of our titles. Our research strategy is driven by a biannual readership survey conducted to JICREG standards. This is a massive quantitative project, with 30-minute in home interviews as well as a self-completion questionnaire. For our brands, it's the main look at readership levels, frequency, demographic and Mosaic profiles, changes in the make up of circulation areas and crucially, areas we need to concentrate on for future growth.

This project has a great number of uses, with a large part of its viability being underpinned by facts and figures that can be "crunched" into winning and relevant advertising sales arguments. It's hugely important that research isn't just seen as a cost, but as something that can be used in order to generate revenue and greater levels of copy sale and readership.

Our qualitative work is almost without exception applied in the "editorial" arena, particularly where enhancements to the products are planned. Spin off qualitative projects from the main quant study have been things such as the launch of the Press and Journal compact-sized Saturday edition and also, more recently, the development of a new geographic edition covering the Inverness area. For the Evening Express, the projects have been slightly more diverse, such as focus groups held with those falling into specific Mosaic group targets. What would they do to improve the paper from their own standpoint?

However, across the breadth of the company, quantitative research is widely used and trusted — numbers can be examined (they need to stand up to journalistic scrutiny) and trends compared. There is still a feeling that qualitative work is more "fluffy" and delivers “what we want to hear”.

This is an on-going battle, as sometimes only qual can get in behind the numbers and deliver insight into opinions people didn't even know they held.

When was the last time you scrutinised your favourite newspaper — in the way a publisher would? The layout of the pages; choice of pictures; font and content down to the smallest filler? A quant questionnaire on specifics just will not deliver results as people in general do not pay that much attention — particularly irregular readers — the audience we would seek to target and gain more copies sales and readership frequency.

Even so, over the last 12 months, only around 20% of research commissioned by Aberdeen Journals was qualitative. There is an element of control missing from qual projects that quant does not suffer from.

Issues such as group recruitment — it has become increasingly difficult to attract the correct type of people in the first place, even with a very good recruiter on the case — work against it. Then it's down to whether they will appear for the actual focus group. The ramifications of this are obvious and not least an increase in cost in perhaps having to revisit groups to get the correct mix.

Qualitative tends to be a comparatively costly survey method and in the current economic climate, extra costs are not readily welcomed. It becomes a very difficult "sell" internally as well, if the perception of results is "fluffy".

Research is only as good as the common sense that can be applied to the results. For newspapers in particular, gut feel has always played a large role in decision making — how many other products have so much daily interaction with their audience?

Challenges lie ahead for the research industry as budgets are inevitably tightened across the country. Research will need to deliver every time and provide good value for money. A difficult challenge for qualitative research providers and a difficult sell internally at a typical regional newspaper company. 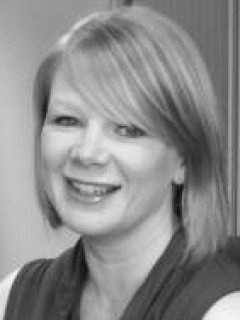 Carol Prest has worked in the regional press industry for the last 13 years and held the post of Marketing Manager for Aberdeen Journals Ltd for the last 9 years. An experienced researcher and member of industry bodies such as IDM, CIM and also the Regional Media Research Forum.