Revels at "Not the Christmas Party"

I could tell the AQR "Not the Christmas Party" was going to be memorable from the moment I arrived. We descended the stairs away from the grey, drizzly London night to be greeted by three towering, garishly gorgeous drag queens adorned with a few strategically placed sequins.

They ushered us into a glittering, humid, marble cavern that throbbed with first a soft purple light, then a pink one. I felt I was entering a scene from an 80s movie; a debauched, glam scene; a poolside scene perhaps featuring Demi Moore in a glitzy, one-piece and Emilio Estevez in a moustache.

Maybe that was just me. But as we perched on leather sofas, sipping on our exotic, camp cocktails with our voices echoing up to the bejewelled dappled ceiling there was a palpable sense of excitement in the air.

This excitement, further whipped up by the colourful antics of the all-singing, all-pouting Globe Girls, plus the wonderfully obliging waiters who were constantly topping up glasses, led to an air of high jinx which created an excellent atmosphere for networking. Business cards were exchanged, introductions were made and the room rang with so much laughter and chatter that it came as a big surprise at the end of the night that no-one had gone into the pool as a result of an alcohol fuelled "bonding" exercise taken too far.

I did hear one person question the event's appropriateness for the AQR. I was rather surprised at that. I have been in qual for 16 months and I see it as a different kind of animal to a lot of other industries.

I guess many others are far more boxed up, they work within certain boundaries and certain knowledge structures whereas qual's boundaries are necessarily fluid because they are located elsewhere: in the widely varying attitudes and beliefs of the target audience of the moment.

Qual research (to steal from the title of another AQR event) is about telling meaningful and engaging stories about this target audience. And a good story is never "appropriate", formulaic or prosaic but always innovative, involving and interesting. A bit of humour (and a bitchy man in a leotard with his fake boob falling mock-provocatively out) never went amiss either.

So, in conclusion, I thought the evening was a riot of noise, spectacle and fun. But don't just take it from me, ask the waiters who had to forcibly extract a large number of us from our wine glasses nearly an hour after the party had officially ended and gently shove us, blinking, back into the grey, drizzly night. 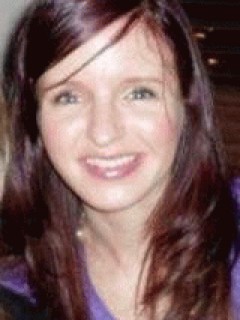