Countdown to a decision

How do our emotions help us to make decisions? Malcolm Gladwell in Blink gave us some pretty persuasive examples of how quickly good decisions can be made by the unconscious mind.

Now Jonah Lehrer, a science journalist with a background in neuroscience, provides further interesting examples in The Decisive Moment. These range from reading a radar screen to playing poker, of how the emotional brain reaches decisions.

Lehrer's work is a part of a wider critique of the 'economic man' model of consumers, based on the assumption that people make a rational calculation of costs and benefits before reaching a decision. The counter argument, which is that in reality emotion plays an important role in 'rational' decisions, has been around for a number of years, but the mechanisms have been little understood.

Lehrer draws on the latest findings in neuroscience, on functional Magnetic Resource Imaging scans, but also observation of people who have to function without parts of their brain. He cites the man who literally was unable to make decisions after having a tumor removed, destroying part of the orbifrontal frontal cortex of his brain. As the neurologist

Anthony Domasio observes, a brain that can't feel can't make up its mind. What Lehrer calls the wisdom of emotions is still in a sense a calculation, but done at an unconscious level by a complex interaction of dopamine neurons which change to reflect reality and which have memory. This is a radical shift from the sense of emotional as being given over to unthinking impulse and always irrational.

The work leads us to re-examine our own assumptions in qualitative research where we have partly defined ourselves by our focus on the emotional. The model of the consumer which we offer as a counterweight to economic man could be termed Freudian man. We seek to uncover what lies beneath the rational exterior through projective and enabling techniques, free association and even simply using exhausting sessions to lower barriers and help respondents to 'open up' and express their feelings. Our task has been to bypass the ego and super ego and reveal the ungoverned desires of the id.

But as Lehrer notes, this simple, but false, duality between reason and desire, goes back to the ancient Greeks. We need a new metaphor and a new language. The implications for qualitative research, it seems to me, are far-reaching; leading us to question the value of discursive research in helping us to predict decisions in the real world. It seems inevitable that we will shift our focus from asking respondents to justify decisions with their rational brain, towards observing the split seconds when the emotional brain makes decisions, the decisive moment.

This article was first published in InBrief magazine, May 2009
Copyright © Association for Qualitative Research, 2009 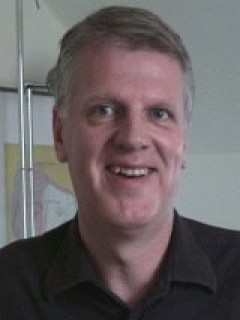 John founded Momentum Research in 1992 having begun his qualitative research career at Cooper Research and Marketing, later becoming a director of Consensus Research International and Taylor Nelson Sofres. He has a long-standing interest in the psychology of emotions, holding a PhD in social psychology from Imperial College, London.