The New Rules of Engagement

I'm sure I'm not unique in my reaction to the Draper-McBride debacle that broke over the Easter weekend. Dismayed, a little saddened – but not wholly surprised.

One would have hoped that the government's efforts were currently concentrated on shoring up our crippled economy, rather than seeking to smear its opponents. Confirmation that it's not, however, serves to further erode what little trust is still placed in the Labour 'brand'.

The debate over Brown's role in the affair also highlights one of the most crucial concerns of current consumer thinking. A constant deferral of responsibility is commonly cited as the cause of the mess we find ourselves in. And yet, consumer trust has never been so vital to brand buy-in and continuing brand relevance.

A 'Crunch'-focused project we recently undertook, to further our own understanding, revealed that the shift in the way consumers are relating to the world around them is even more profound than most assume. We identified six key 'survival rules' that consumers are adopting to face the post-'Crunch' world.

Diminished belief in previously accepted 'authority' figures is consistent to responses. Emerging from this diminished trust is survival rule number one: an increased belief in the need for self-reliance and 'attentiveness'. This has interesting implications for financial brands but also for the brand community as a whole.

One such implication is that consumers are much more alert to differences between how brands are projecting themselves through different channels; whether their staff behaviour is in line with their advertising and so on.

It is vital that all brands, whether part of the political or commercial arena, not only talk the talk of the post-'Crunch' world, but also walk the walk and engage with real behavioural change.

To coin a relationship metaphor, consumers are seeking a fresh start – post-betrayal – in their brand 'marriages'. Clearly, when it comes to financial brands, people are not seeking a literal 'apology'; that would further undermine confidence when it is already in short supply. Instead, and while they appreciate a renewed need for self-reliance, what they seek is to be shown the way to a new model of security and transparency.

Of course, self-reliance is not the only principle guiding these new consumer 'rules'. There isn't the space here to explain all of them but the fact that they have emerged at all points towards one crucial learning: consumers perceive the post-'Crunch' world to be a fundamentally different place. Brands that respond to this by recognising that the rules of engagement have shifted are in a stronger position and more likely to flourish.

Lizzie Haycocks
This article was first published in InBrief magazine, May 2009
Copyright © Association for Qualitative Research, 2009 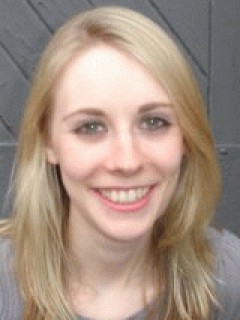 Lizzie has been working with Voodoo in Qual Research since 2008. She has a particular interest in advertising and pharmaceutical research