Marcel Zbinden reveals why qual work in Switzerland, with seven million inhabitants but four national languages, is so challenging

Admittedly, only three of the four national languages — German, French and Italian — are commonly used. The fourth, Romansh, is spoken by just 15,000 people in South-east Switzerland and is irrelevant for MR purposes.

The Italian-speaking part of the country, primarily Ticino, also only makes up a small proportion of the population (4%) in comparison with German and French-speaking areas. The effort involved in conducting additional research is often not justified by the gain, which is why surveys are less common there.

Anyone who thinks that the same language is spoken in the different regions as in the large neighbouring countries is mistaken. Although the written language in German-speaking Switzerland is practically identical to that of Germany, the spoken version differs considerably from that of our northern neighbour. This is significant when it comes to qualitative market research.

An international project with focus groups, for example, would be ill advised to use a German moderator in Switzerland. Not only will he or she be unfamiliar with the specific local context, but Swiss participants will also, as a rule, feel less comfortable. This is because German-speaking Swiss can answer a lot less spontaneously when they have to speak as they would write — as opposed to speaking in dialect.

Because four languages are spoken in Switzerland, foreigners often assume — falsely — that the majority of Swiss people speak all four. In fact, the Swiss usually have just one mother tongue and speak, at most, one or two additional national languages more or less fluently. This, however, is insufficient in the vast majority of cases when conducting research in the various regions. As a result, several moderators or interviewers are generally needed for a project that takes place over two or three linguistic regions.

Switzerland is considered a relatively expensive place to carry out qualitative market research. This holds true for the two most commonly used methods, namely in-depth interviews and two-hour focus groups, primarily because the individual parts of a study are considerably more expensive in Switzerland than, say, in Germany.

For example, participants request a substantial incentive, generally paid in cash. The rental costs of premises and those of video transmission equipment are quite high (note: two-way mirrors are seldom used in Switzerland), and recruitment is also an expensive undertaking (due, in part, to the relatively high base wages for telephone and face-to-face interviewers).

The choice of location can also present problems, especially when it comes to focus groups. Some will be less suitable due to linguistic and geographical characteristics. Border towns such as Basel or Geneva should be avoided because of the influence of neighbouring countries.

Studies relating to the consumer goods industry should not be carried out in border towns as higher purchase prices in Switzerland lead to many people purchasing goods over the border. As a result, such towns would give a distorted view of reality.

In light of these particularities, I'd recommend choosing towns in the heart of the various regions. As a result, focus groups in German-speaking Switzerland are mostly carried out in Zurich (economically the most important location) and Lucerne (a medium-sized city with a surrounding rural area). In French-speaking Switzerland, they are mostly carried out in Lausanne.

The umbrella association for market researchers in Switzerland is the asms (Association of Swiss Market and Social Researchers), currently comprising 39 institutes. According to its statistics on turnover for 2008, a turnover of EUR 14.3 million was generated in Switzerland by individual explorations/in-depth interviews and focus groups, representing just under 10% of the entire turnover of asms institutes.

ESOMAR reports the global turnover share of qualitative market research in 2005 as 14% (based upon an examination of 46 countries). This highlights the below average importance of qual in Switzerland. And this, together with the limited size of the country and the resulting low number of qualitative market researchers — who only joined forces this year to form a community of interests — also means there are very few education and training opportunities in Switzerland for this occupational category. As a result, there is no other choice in this regard but to draw on the training resources available in both Germany and France. The institutes are attempting to counteract this issue primarily by employing trained psychologists in qualitative research roles.

In little Switzerland, the influence of our close neighbours — Germany, France and Italy — is immense regardless of where you are situated. Nevertheless, Switzerland differs greatly from its neighbours in, among other things, its multilingualism and the high standards expected by customers. As a result, discount grocery stores that were pushing into the Swiss market from Germany had to substantially adapt their previously employed concepts due to the higher requirements and standards demanded by the Swiss in terms of both freshness and quality.

In other words, if you need information on Switzerland, it is clearly insufficient to simply examine the neighbouring countries. Local partners with local knowledge will be key to market research projects there given their understanding of the many particularities that are specific to the Swiss context 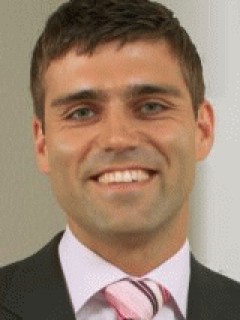 Marcel Zbinden began his career in market research in the financial sector at UBS. He has been working with the Swiss market research institute TransferPlus for the past 6 years, in the meantime as Head of Qualitative Market Research and a member of the Management Board. His main areas of expertise are the consumer goods and pharmaceutical industries