Water-cooler talk often revolves around celebs ñ but then who else should we discuss, asks Rebekah Yock?

When I learnt I was going to be conducting research on behalf of heat magazine, in a rather childish way, I was quite excited. Now, when I was caught by the coffee machine discussing the X-Factor I could feign legitimate work-related reasons for doing so. The fact that I feel the need to justify my pastime is, however, interesting. I'm an intelligent person so why should gobbling up the latest celebrity gossip feel just that tiny bit shameful?

The answer Firefish uncovered, after interviewing academics as part of a study re-examining Celebrity for Bauer Media, is that it shouldn't.

According to Dr Theresa M. Senft, author of Camgirls: Celebrity and Community in the Age of Social Networks and Senior Lecturer in Media and Cultural Studies at the University of East London, having an interest in celebrity is no more frivolous than any other interest we might have. “There are very few things in contempory capitalism that aren't frivolous. Celebrity culture doesn't solve any big issues but neither does working as a banker in the City or having 2.4 kids and living in the suburbs… there are lots of ways that no one is engaging with the critical problems of the world.”

This is a sentiment echoed by Dr Simon Hampton, Lecturer in Psychology at UEA, who believes there is a double standard going on. The royal "we" may feel it's frivolous to read about Victoria Beckham's latest fashion disaster but no one would say the same about the recent obsession with Michelle Obama's wardrobe. Dr Hampton says “Scratch the surface, and there's not a lot that is different going on there.”

An interest in celebrity is nothing new but perhaps the way celebrities now appear to permeate many areas of our lives is. Celebrities are aspired to and emulated. They play a big part in the consumption of almost everything we buy or own. You can see evidence of celebrity influence in the clothes we wear, the cars we choose to drive, the religions we follow and even the coffee we drink.

Something that is so heavily present in our society surely demands further investigation. As qualitative researchers we should never dismiss it as frivolous or lightweight.

Bauer Media's decision to take a different look at celebrity and talk to people from the wider academic community was a fantastic approach to open up thinking and move past obvious clichés and preconceptions. We made contact with thinkers from the fields of media studies to linguistics to evolutionary psychology to help us examine the world of celebrity in a different and illuminating way.

The study illustrated the many ways in which celebrity has an important role to play in society. Firstly, by providing us with role models to look up to and learn from. Secondly, as a means of understanding ourselves by helping us to process issues we are dealing with in our own lives. And thirdly, making this all incredibly accessible via many of our cultural and leisure based past-times.

A desire for role models has become increasingly important in the last 20 years as we have seen a societal shift away from established notions of self via social class, our parents" occupation and religion. We are left searching for new role models and celebrities fill this void. In many ways, celebrities become part of our inner circle. On a certain level we admire and want to be like them even if we don't know it ourselves — they provide us with a way to think about who we are and who we want or don't want to be. And surely there are worse role models than successful sportspeople, musicians or politicians? Yes, politicians, because what defines a person as a celebrity is, in fact, much broader than you may think.

Let's look at the Obamas again. Remember those pictures of the family and their new Portuguese water puppy Bo — hardly of HUGE political significance was it? What is that if not celebrity obsession on another scale?

A view held by all the academics, regardless of discipline, is that celebrities also help us to process the more complex things happening in our own lives although often at a deeply subconscious level. Dealing with issues subconsciously via others is a legitimate way to process our often repressed anger and emotion.

Take the recent fascination with celebrity divorced dads like Peter Andre. Dr Senft says: “Single mothers like reading about these for two reasons; you connect to a fantasy that there are these wonderful men out there and you also get to act out your rage at the women who are not being as responsible as you are.” While the mad celebrity circus plays on we may not even be aware of the ways in which it is affecting us because, on a purely entertaining level, celebrities also make for very good stories.

More immediate than fiction, celebrities become narratives played out daily and right in-front of us. We have villains and heroes to support, sides to take and issues to discuss and interrogate with our friends. What is even more exciting is that no one can predict the ending. Celebrity stories are real life soap operas providing their viewers and readers with a new, more live literature.

The new cult of celebrity is here, it's everywhere and it doesn't appear to be going anywhere. As Dr Helen Powell, Senior Lecturer in Advertising at the School of Humanities and Social Sciences UEL, says: “Celebrity is the antithesis of the world of work.”

So much of what we do that is fun involves an element of celebrity — be that the movies, the theatre, sports or music. To ever assume that anything so prevalent or so widely engaged within our culture is meaningless is narrow-minded. Those kinds of beliefs undermine our cultural usefulness as qualitative researchers. After all, we live in a society where the next generation will still prefer to vote in the X-Factor rather than the general election and that is, by no means, insignificant. 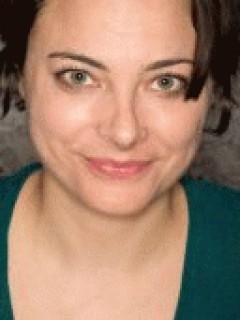 Rebekah has over eight years experience as a qualitative researcher starting her career in New Zealand before moving to the UK over 5 years ago. She has been at Firefish for three years working both in the UK and internationally on numerous accounts including Sainsbury's, Unilever, and Bauer Media.