Can Nike bridge the crevasse

Ruth McNeil outlines the seismic shift that will need to take place if consumers are to engage in a brand's environmental aspirations.

Sarah Severn’s interview describes in detail how sustainability is at the core of Nike’s business, and championed by the company’s leaders. It has terrific initiatives – the Closed Loop, the Considered Index, all innovative and pioneering. Nike knows it makes sense from both a commercial and a philanthropic point of view. Its commitment to sustainability and good practice is not one of ‘lip service’ – it means it.

But do consumers understand this? And do they accept this? Are they accepting at face value what companies are saying about themselves, their philosophy and their policies? Are consumers really in tune with corporates on this or do they see it primarily as a self-serving exercise undertaken to make businesses look good?

Sadly, most of the research I have done in this area indicates the latter. Consumers are deeply sceptical about corporates and what they tell us – in their advertising, their external communication or through their reports – about what they are doing to help the broader community and ‘the world’.

There is, in effect, a crevasse between what corporates are legitimately trying to do and what consumers are ‘reading’ from their words and actions. Time after time, focus group research, particularly in the UK, reveals a deeply-held scepticism. People just don’t believe what they are told or, oddly, seem to want to disbelieve. This cynicism, which extends to cause-related marketing, seems to stem from a broader deep distrust of corporates per se – and will take a major attitudinal shift to change things.

In this context the Nike Considered Index is a good idea – something that can be “used across all companies” which would give it legitimacy. It MAY help make the breakthrough – prompting consumers to think more generously about what companies are trying to do in terms of the environment and the world.

Marketers need to think more broadly about integrating the company’s Corporate Social Responsibility policy and actions into their marketing mix. It’s time to work out what can be done to change consumers’ scepticism, and then address it – carrying the consumer with them.

Nike is not the only company to consider an ‘index’ as a way of mobilising sustainability and creating a new measurement framework. Timberland launched the Green Index in 2007. It measures the environmental impact of products based on climate impact, chemicals used and resource consumption. The name was deliberately amorphous so as to encourage widespread adoption – but signs are that collaboration in this area is not an easy ride.

Nike is in a better position than some, as its target group is often sporty and, most important, young. This segment tends to be far more aware of the threats to the world from global warming and reducing bio diversity than their parents, as a young focus group participant in the Netherlands recently demonstrated: “The environment – the adults decide everything for us, but we’ll be saddled with it, and left to solve it.”

Many consumers currently profess some environmental concern, but few are radically changing behaviour. The truly ‘ethical consumer’ is still a rare breed. The brand people in Nike are waiting for the ‘right time’, for a critical mass when there will be a sufficient number of consumers who ‘care’. But NOW is the time for corporates to push this agenda – it’s unwise for us to ‘wait’ for consumers to do the job for us.

Research shows what grabs the headlines: anything to do with illness (not chronic illness but diseases such as cancer and AIDS). Nike has chosen its topics well to resonate with the public – the RED campaign and AIDS, the Nike Foundation and ‘The Girl Effect’. There’s nothing wrong with this – when looking for causes, you look for synergy. Consumers are quick to spot a lack of authenticity if they feel that the ‘cause’ and the ‘company’ don’t fit.

For Nike and for any corporate, there is a significant task to raise environmental issues to match those of health and equality. To do so it faces challenges in two areas. First, it’s expecting (or is it just hoping?) that a curious and concerned consumer will ask about how an environmentally-sound product is made, then how it’s packaged, then how it’s sold and finally how the company connects with the community. This is quite a tall order – consumers will need to be ‘led’ to these questions, and they’ll require prompting. Few have the sort of enquiring mind that lead them to such depths and any company wanting to engage in this sort of dialogue with their customers will need to help them there.

Secondly, its forthcoming marketing campaign, it appears, will be inviting people to join in and be active, get engaged in the issues they care about. The challenge of getting people actively doing something should not be underestimated. I did some work last year for a large UK charity that worked with the elderly asking them how they might like to ‘contribute’ more to their local community and society at large – it’s all part of the new government thinking on the ‘Big Picture’.

Although a third may be interested in doing ‘something’, vast numbers are really disinterested and do not want to be ‘engaged’ at all. Or they are already busy doing other (family) things. So to get people to engage is more of a challenge than one thinks (best of luck with it, David Cameron). Changing attitudes is one thing, but changing behaviours is a whole new cabbage patch.

Selected corporates doing their best to make a difference:

Nike has got it right in terms of understanding the importance of fit, connecting environmental or CSR activity with the core of the business so that there is a logic to it. The company is to be congratulated for having such a truly passionate belief in its ability to change itself (its manufacturing, retail operations) in order to take materials back post-consumer, recycle and reuse them. It is showing itself to be a pioneer. But will it have the courage of its convictions and tie its marketing in? Will it be one of the industry leads that stops waiting for the consumer to follow it and its thinking and really brings the consumer with it?

Happy day if it is. My research to date indicates that it is going to be a hard road, but if anyone can do it, it could be Nike. 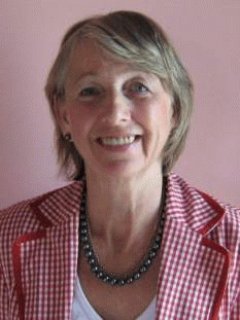 Ruth is a market research consultant with a background in both marketing and research. Following a degree in languages at Durham, she started her career as a UCMDS marketing trainee with Unilever, working in market analysis; subsequently she was a brand manager at Lever Industrial. Since 2000 Ruth has run her own micro research company, drawing on her own expertise and that of a range of senior research associates across a number of different areas.