The bail-out has come as a bit of a shock to the Irish Republic. Anne Hastings offers a few tips for quallies holding groups over there

Following the creation of the Irish Republic in 1948 (the "Free State" was created in 1922), Ireland languished in relative poverty for the best part of four decades while much of Western Europe saw a rise in prosperity.

I was brought up in a culture where structural unemployment and emigration were accepted facts of life. Upon graduating from DCU in 1987 with a degree in International Marketing and Languages I took the boat to England with many of my classmates — those who hadn't gone to the US.

Returning in 1994 things had changed. There was a burgeoning sense of confidence and prosperity. New hotels and restaurants had sprung up and there were plenty of opportunities. I hadn't been aware of this in the UK. Indeed, the company I returned to work for played the "beal bocht" ("poor mouth") card, assuming that I would accept a lower salary for the privilege of returning home. The Celtic Tiger, however, was already taking hold.

People spoke cautiously, at first, about this new-found prosperity in case it might evaporate. A decade later we felt more comfortable with it. As the Irish economy continued to outperform every other in Europe, we allowed ourselves to think that things could never go back to the way they were. For the first time we were attracting an inbound tide of migrants to fill all the jobs available.

Of course, in the last few years before the crash things had spun out of control: property prices were ridiculously high, mortgages readily available. Cautionary tales of property bubbles bursting were ignored or quashed. We were assured by those in power that growth could only continue.

Now the IMF and the ECB are coming to our rescue. Much has been made of the British component of the bail out in the UK. Not so in Ireland. The issue here is that outsiders will be overseeing our finances — not that those outsiders are British. It's viewed as an insult to national pride on an emotional level but pragmatically many accept that we need it and that the path back to sovereignty is getting our finances in order.

Any British quallies travelling to the Republic to undertake groups would do well to be extremely sensitive to how our history makes the current situation even more painful. Pay attention to how we are distinct and different from you. There is a tendency to almost view the Republic as part of the UK with some quirky differences — it isn't. And lastly remember that we do have a unique relationship (at least from an Irish perspective). We "love hate" Britain and the British. Of course we love our British cousins but we are very sensitive about those 800 years of occupation right now 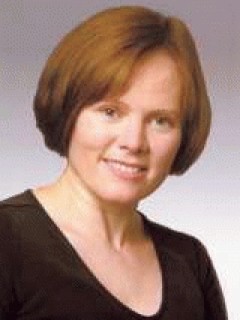 Anne Hastings has been a member of the AQR since 09/1998. Anne is Director at ase Market Intelligence Limited.