Tim Healy is a tough judge of courses, with a checklist 25 years in the making. Thankfully, AQR's Analysis Course passed with flying colours

My second conference in London was a dreadful disappointment. It was on the subject of consumer magazines (I had a client in the sector at the time) and most of the speakers simply stood up, read their notes and sat back down again. It made me think about the phrase "giving a paper" because, at the time, I wished they had done exactly that: given me the paper to read at my leisure rather than having me sit through them reading it.

The lowest point was when one speaker — a very well-known figure in the media business at the time — got to the end of a page where the last word was "very" but clearly had no idea what adjective awaited him at the top of the next page. Try this little trick yourself: say the word "very", pause for a second, and then say "exciting" and see if you can make yourself sound excited or exciting.

It is with these mixed memories from the childhood of my career that I assess the value of any course or conference, but particularly those far from home. The subject matter must be potentially very interesting but, also, the speakers should ideally have some track record of speaking, as opposed to reading. Next, I consider the fee: is it good value for money? Then I consider the associated costs: a return flight and possibly an overnight stay. Is it still worth the investment? The travelling researcher does not suffer poor conferences gladly.

So, was the recent "Unexamined Life" analysis course run by the AQR worth the fee, getting up at 4am, and waiting for hours in Heathrow on the way home because Dublin airport was closed by high winds? In a word, definitely. It was interesting, it was exciting and in a few short hours it managed to create its own brand aura, the kind which moves a service from being merely competent to being compelling.

This course worked primarily because of the quality of the content but also for a few other simple reasons:

This made the delegates feel they were valued by the tutors, but it also engendered a sense that we are all in qualitative research together, with a collective duty to produce good work. I think it's easy to underestimate the importance of this "mutuality dynamic" but we probably need it now more than ever.

All of the tutors were good. It is sometimes the case that a conference is worthwhile because one or two speakers out of a larger number were good but, at this event, all were excellent, so thank you to Chris, Rosie, Joanna and Greg. None offered the opportunity to indulge my inner Simon Cowell: instead my Louis Walsh is in the ascendancy, but there were two particularly striking discoveries.

Last Christmas, I concluded that only a procurement process could explain how Jesus came to be born in a stable. The realisation that procurement was an older discipline than qualitative research depressed me profoundly. Imagine my delight, then, when Chris Barnham told us that Aristotle (384 — 322 BC) was the daddy of us all, beating the procurement people to the historical punch with his qualitative thinking by hundreds of years. 1-0 to the good guys.

Secondly, I've long suspected that middle-aged men are the most insufferably boring and self-absorbed respondents and having been interviewed by the kind and patient Debbie, I now know for sure that I'm middle-aged.

In conclusion, there was nothing basic about this seminar but it was "back to basics" in the sense that it served as a reminder of exactly what all qualitative research should be about. So, if you're a junior qualitative researcher, go along to this course next year because you'll learn at least a little, and probably lots. And if you're a senior researcher, go along for a little mental refreshment but also to be there as apostles of the pioneering spirit of the Peter Coopers and the Ginny Valentines (they're still with us at courses like this one). You'll be in the company of like-minded people and you'll emerge from the experience fortified against the challenges we all face. I know I have. 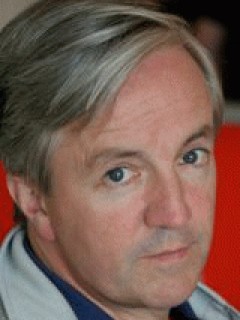 Tim Healy began his research career in 1988 with Behaviour & Attitudes and formed Mercator Marketing Research in 1996. He is a graduate member of the Marketing Institute of Ireland, and a member of the AQR and the MRS and the Association of Irish Market Research Organisations (AIMRO).