The original brief was relatively simple — the client team was carrying out a category review of paint and wanted research to inform merchandising decisions. Based on sales figures and market data, the paint category had consistently underperformed and the team was convinced that this related to negative perceptions. The team's view was summed up in the briefing meeting “If people try this paint, they'll be convinced enough to use it again and again.”

During the initial research of accompanied shops and "mini" ethnography of observing paint being used, it appeared that the main reason for not using Wickes paint was product quality. Our first challenge was to communicate this to the client, knowing it would be filed under "negative perceptions".

In our view, the potential gap between perception and experience could only really be tested through using the products. We facilitated an immersion session with trade professionals who actually discussed and used different (unbranded) paints in front of the Wickes category team.

We will never forget our client's face when he realised which paint had been theirs. He even went back to the painted boards the next day to see if there had been any improvement. But seeing the paint being used and hearing comments first hand was very powerful, and the initial disappointment turned into determination to give customers what they wanted.

The product was central to the research and the target audience was painters and decorators — a practical group of people who, by their very nature, are focused on the tools that they use in their day-to-day work. Our findings were about the paint itself and how it needed to perform.

The power of demonstration

In our research, we felt that our understanding of respondents" needs was enhanced when they demonstrated how they used the product and when we used the product with them. We applied the same approach to debriefs, so whenever possible we demonstrated the insight we had gained — this included presenting at the Wickes paint fixture and getting our debrief attendees to use different paint products.

The Wickes team was instrumental in ensuring that the various different stakeholders (the new paint manufacturer and their two creative agencies) were introduced to the research process. As well as including the various stakeholders" questions in our discussion guides and questionnaires, we encouraged the wider project team to experience the research actively.

Wickes and JWO, the paint manufacturer, were present throughout the second stage — joining in with the painting exercises so that the respondents could show them how they felt the products performed, what they were looking for in the product and why. JWO says that the research has provided a "shopping list" for the paint formulation — and this is the first time that it has had such clear direction from a client.

This is a key learning for us: obvious as it sounds, actively involving the client team in research makes them feel part of the process. Watching behind a mirror in a viewing facility or joining researchers on an accompanied shop had a place — but the findings became more meaningful when the team met and talked to respondents, and tried to emulate their behaviour.

The immersion sessions also meant that our clients could understand the wider context of their project objectives. It wasn't just about the paint, it became about issues such as the professional reputation of painters and decorators, and about trusting products and the staff selling them. We believe that clients involved in the immersion had the confidence to change the focus of their project and became strong advocates of the findings because they felt part of them.

Our research showed that we needed a compelling reason for professionals to switch products, and that for the Wickes paint to be credible, it had to be known to be better than the market leader. Blind tests were set up, pitching the new Wickes formulation against the market leader, scoring them both on the quality indicators developed in the qualitative research.

The Wickes product was preferred overwhelmingly and these research findings have formed the basis of the current ad campaign and in-store POS. The strong preference scores illustrate the effectiveness of the qualitative research in uncovering product needs, generating clear understanding and actively informing the development of the new formulations.

The research explored what professionals wanted in a supplier, highlighting the importance of service and staff knowledge specifically. We talked to staff and found out that most didn't feel confident about discussing paint. Most had never even used Wickes products. We all knew that we had to engage the in-store staff and give them reasons to believe in the product.

The theme of "immersion", inspired by our sessions, continued throughout the project. A series of "Colleague Roadshows" were held countrywide. These day-long events told the story of how the paint had been developed. The manufacturer explained the science behind the formulation, we presented the research findings and the category team revealed the new in-store layouts and marketing materials. All staff actually had a go at painting, some for the first time.

The blind tests were replicated so that the staff could experience the differences in the products for themselves. The evaluation forms from the training days highlight the changes in knowledge and in confidence, and staff said that they were looking forward to actively engaging with professionals — something they would not have done before the workshops.

Since the launch of the new formulation, Wickes has experienced two months of £1,000,000 sales, and its market share has increased by double digits. There has also been a halo effect, with Wickes seeing increasing sales across a wide range of products. 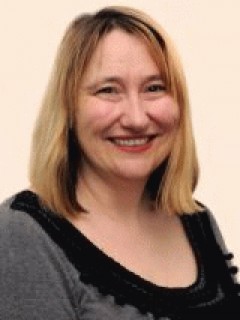 Nicky is Director at Zebra Square.