The opportunity of youth?

Every cloud has a silver lining: a harsh economic climate is proving tough on young people, but making them a "must have" resource for quallies

You cannot open a paper this year without reading about the restructuring of Education Maintenance Allowance and the potential impact upon the workplace, or the fact that one in five 16 to 24-year-olds in the UK is unemployed, the highest since records began. It is certainly a challenging time for young people as opportunities to experience their rites of passage, i.e. higher education, a job and the ability to afford a home, seem constantly on the wane.

Suzanne Moore, writing recently in The Guardian, makes the connection between younger people's plight in employment and how attitudes are being influenced by their depiction in the media. She explores the negative impact that shows like The Apprentice have in “promulgating the notion that if only you sell yourself enough you will get bought”. Having said that, Business Secretary Vince Cable and London Mayor Boris Johnson have grasped the positive definition and launched National Apprenticeship Week with a view to creating 20,000 jobs.

These traits have created juxtaposition in attitudes and opinion. For instance, we now have a generation that is equipped perhaps with a more savvy language and tools to communicate (via online/communities) than ever before but which lacks the current means to use this to best effect.

It's worth asking, though, whether this doesn't present a great opportunity for qualitative research. From a practitioner's perspective, these respondents are becoming a "must have" resource, harnessed for their ability to grapple with brand identity, explore USPs and discuss marketing strategy. These are all now terms that they are familiar with and happy using within their role as youth lexicographers.

A direct example of this has been the recent reconvening of several groups I've encountered as clients embrace this age group's ability to tackle their design and branding issues. They want to bring them closer to the research as a direct effect. There is also a positive correlation between this age group and the trend for co-creation and participation within communities. These fuse the attitudes and mindset of this age group and their desire to help drive creative direction with that of the needs and increasing openness of clients to do more than just listen to them.

The flip side, of course, is that we can return to the view that these respondents no longer talk the same language as the everyday consumer. But qualitative research needs consumers in this particular age group: they represent not just a useful resource as respondents, but as researchers in their own right. It's good to see companies recognising this, and taking on new graduates. A downturn can be the time when new hires dwindle, but an opportunity to work with this novel breed of uber respondent should not be ignored. 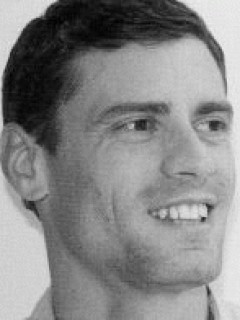 Alan Hathaway has been a member of the AQR since 11/2009. Alan is Managing Director at Discovery.