Monique Drummond, managing partner at Relish Research, on Eureka moments and the Vespa owner among the LA Hells Angel Chapter.

Qualitative research as a career: serendipity or burning desire?
Serendipity: I did a degree in English Literature, then went into product management, and then into advertising planning for an ad agency, before settling into research.

Never regretted it?
Never. I think few people realise what a great career it is. Everyone wants to get into marketing or advertising, we need to push market research more.

Qualitative pet loves?
I love the project turnaround, the fact that I am always learning something new, and the Eureka moment when you think, "Ah, this is going to be a great debrief because I've suddenly found something that they are going to really like."

Pet hate?
Dire group participants who have no interest in anything at all except the incentive and the sandwiches. I find that really frustrating.

Best debrief?
We did six stages of research for Hovis's "Go On Lad" campaign, where the boy runs through history, including a last minute one just prior to air time. It was exciting because we really felt totally integrated into the development of that piece of advertising.

Favourite food and/or drink behind the glass?
I'm usually moderating, so just having the leftover sandwiches that the group haven't eaten can be a bonus.

BlackBerry versus iPhone?
Definitely BlackBerry Torch because it's a fusion of the two. It's got a touch screen and also I'm not interested in apps with the exception of BBM — it's a fantastic communication tool.

Funniest group memory?
I once did a group for Triumph Motorbikes in L.A. We were looking at the competitive set, who in this case were Harley-Davidson Hells Angel type riders. This guy came in who really didn't fit the brief: quite skinny, no tattoos, no leather jacket. The others were all talking about their "hogs" and he told us he rode a Vespa — and then only occasionally. I was thinking this was the worst mis-recruit ever, when he said, "I thought I'd come to talk about deodorant." He was very pleased to be allowed to leave.

The story behind the rebrand of Relish?
My business partner retired, I bought him out and it was time for a change. I wanted a name which could be inclusive, and Drummond Madell ceased to be relevant to the team here.

Why Relish?
We really do relish research, and the name is fun. It was suggested by one of the team here, when we were looking at alternatives.

What have you added or discarded from your technique's tool-box recently?
We don't really have specific tools that we could throw out, it's just a case of refining and tweaking for each project's needs really.

Any tools that seem to have fallen to the bottom of the tool-box?
I think hall tests are less popular now or maybe it's just that we are managing to do online recruitment of people who are bang on target and then doing home placements from there. With qual you often resurrect something you did five years ago because it was quite fun and could work again.

Any marketing blogs, podcasts or books that you'd recommend?
One called The Beermat Entrepreneur by Mike Southon, a Financial Times columnist and author, and another one by a guy called Ian Brodie, www.ianbrodie.com. In truth those are both pretty much sales blogs about the art of selling. We all need to be aware of the sales function if we are building a brand and aiming to grow. I also love browsing TED.

Will social networking replace conventional qual?
No, but I think it will become woven through conventional qual far more. We will involve consumers earlier, perhaps have them on a panel beforehand and use a particular online tool which enables them to post their pre-task or their homework. I can't see us just running focus groups online and not actually going out and meeting people, shopping with them because nothing beats observation and conversation.

What do you see ten years down the line?
I think for the security of the information and for making really important decisions we might move to panels where we really trust that the people we are speaking to are correct for the project. The other thing is the integration of webcam technologies with online surveys so that we can measure various facial movements and engagement while people are looking at various stimulus during an online survey. We're developing this technique now with a specialist, so watch this space!

London versus provinces?
Some people think of Chiswick, where we're based, as a province. But seriously, we are always doing work outside of London, and we have an office in Leeds as well, so we are not London-centric.

When moderating what's your sartorial code?
It varies according to where I've been that day. It's easier for women than for men because I think it's pretty much how we dress in the office anyway, so I don't really have an office and a special "focus group" wardrobe. It's very rare to have anyone formally dressed in a focus group. 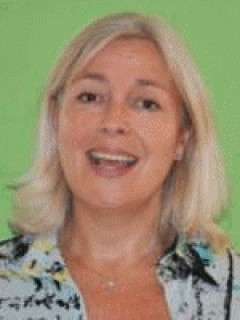 Monique Drummond has worked in qual research for 25 years and is the Managing Partner of Relish Research, a full service agency with offices in London and Leeds. As an ex ad agency planner, she specialises in advertising research.