Bay Clark from Sherbert Research picks up on the issues raised by Alison Fydler recently and asks: how much should we be leaning on social media in qual?

The last In Brief featured an article discussing the depths to which some individuals/companies are prepared to stoop, "scraping" information from respondents" Facebook profiles without their direct consent. We'd like to join the debate.

Of course, it goes without saying we'd never condone researchers taking information from people without them knowing, agreeing and being happy for us to do so. But what I don't understand is: why? Why do all this without permission, why risk the name of researchers, the reputation of qual in general?

Working in the kids/teens industry I think we're exposed to a slightly different and unique angle on this everincreasing topic, but people — and young people especially — are happy to air their views and beliefs publicly. There's a flexible approach to privacy and sharing. In fact, sharing their opinion is something they actively enjoy.

A recent article in trendhunter.com, and knowledge gained from spending time with this age group, indicate that there is a definite cultural tendency (termed Warholism) to believe that you can be a celebrity or famous through gaining fans and followers on blogs, YouTube, Twitter and reality TV.

Sharing information, personal views and life events is a matter of course for an increasing segment of our society, so why employ sneaky methodologies to gather what is already easily available?

The answer I fear is laziness. Lazy literally because it's easier to sit in the office and trawl through new feeds or tweets rather than get out and actually speak to people. And "lazy in mind" to think that this is the best methodology for the job.

It's not rocket science to realise that if kids and young people today are so keen to share every intimate detail with their friends (and in a lot of cases, not even people they know) then they're going to be open to sharing with a quallie.

In my experience you only need to ask to see their Facebook news feed, or tumblr account, to read their tweets to be granted access. And it's far better to actually explore these sites with the person who has written some of the content. How else does someone over the age of 35 understand the language used or the reasons behind different posts (we recently discovered a reciprocal rating trend on Facebook where teens who "like" someone's post are then rewarded with a post on their wall scoring them out of ten on their looks and personality) other than hearing it straight from the horse's mouth?

All of which brings me on to Formspring: a site which has caught the attention of some in the media, but frighteningly few parents. Tweens/teens sign up to it and are then able to anonymously post on each other's walls. Apparently the nice comments, although few and far between, are enough to keep you hooked, despite the more prevalent unkind posts that sometimes stray into bullying territory. You get addicted to the potential post from the cute guy in your year, no matter how harsh the remaining taunts are!

And this is my point: we need to understand why kids — tweens and teens — are on sites like this, how they feel when they get a nice comment or a nasty criticism and judge our responses according to their attitudes and behaviours rather than watch from the sidelines or without their knowledge.

"Are they upset?", "Are they flattered?", "What's keeping them there?" are the questions we should be asking and it's here that the insight really lies rather than scraping little mentions of your brand from unknown users" profiles.

Another method we use to immerse clients into the world of young people, without exploiting or deceiving, is to let these kids moderate their own groups. Why not? They're articulate, they're willing and — with the increasingly popular and according to Oliver Burkeman, "the unstoppable growth of personal branding" or "brand me" — just giving them a camera to film the results really fits with their current behaviour.

They answer the questions they want to, they record what they want to and above all, they tell us in as much detail as they feel comfortable giving. And, you know what? These groups are among the most interesting we've ever done.

Why — it's because it's a methodology that fits with the times. It's relevant. And the respondents are in control. They feel part of the process and consulted rather than rinsed for information and it's this closeness and understanding that can transform respondents into active participants rather than faceless respondents on Facebook whose lives we don't really understand.

Dicing with the dark side

So... my position on using social media for the gains of our clients: it's all too easy to fall into the depths of the dark side. Social media may be providing a "no-contact" route for researchers to gather information and "insight" without even meeting or talking to respondents but I don't believe you can truly understand emotions and motivations without talking to someone face to face.

People (young people especially) are happy to talk, and it's our duty as researchers to design methods that make the most of this, that maximise insight for our clients rather than harvest ill-gotten wall posts that are indecipherable to anyone past their A-levels.

As for the so called "walled garden" we enter when conducting qual — the walls of "privacy" feel like they're getting smaller, so small you could almost miss them. But that doesn't mean they don't exist. It's time to revise our regulations, redefine our boundaries and update our methodologies to keep up with our consumers. 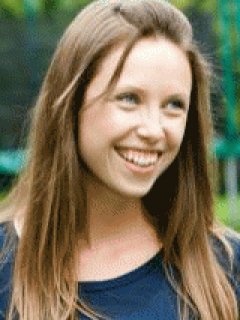 Bay's been in the qual industry for 10 years and has a passion for bringing to life kids and teens for the fabulous brands we work for...sniffing out the latest trends and developments and making sure Sherbert has a finger firmly on the youth pulse!