Timothy Wilson, in his authoritative but pleasingly easy-to- read Stranger to Ourselves — Discovering the Adaptive Unconscious, explores a number of complex theories about how the human mind works.

He draws from a variety of sources, from early Freudian analysis to recent advances in neuroscience — and his conclusions have some thought-provoking implications for market research.

Most qualitative researchers will be familiar with the concept of heuristics as a means of enabling us all to get through our complex daily lives without our brains overloading with constant decision making. Wilson explores just how far the unconscious mind goes in determining our behaviour, and how difficult it can be for the conscious to access what is actually going on.

Modern brain theory highlights that the prefrontal cortex (where our conscious, cognitive processes take place) is fairly small and can only handle a limited amount of processing at any one time. In order to function in today's complex world, therefore, a lot of regular repetitious "everyday" stuff, once "learnt" can get pushed more into the "automatic" areas of the brain. Wilson defines this unconscious as that set of "mental processes that are inaccessible to consciousness but that influence judgements, feelings or behaviour".

The main element of his hypothesis of interest to researchers is that the scope of influence of this unconscious part of the brain is much greater than we may realise. We probably believe that we are consciously in charge of our intentional actions ("I know why I did what I did"), but Wilson argues convincingly that in many cases we aren't — that our adaptive unconscious is often guiding us without us even being aware of it.

Clearly this has implications for research. Taken together with the advances of behavioural economics, it should clearly relegate the concept of "economic man" (or woman) as a benefit-optimising, entirely rational calculating machine to the dustbin of enlightened thinking. Indeed, it could be argued that this book is just one of many recently arguing the same sort of point (although this is probably one of the best I've read in terms of both clarity and depth of supporting evidence).

There are, however, still numerous research clients who appear to believe that the best way to find out what they want to know from respondents is simply to ask them, based on a sort of "logical question in — logical answer out" paradigm.

This explains their frequent expectation of a lengthy, logical Topic Guide which, if we're honest, can look like a quantitative questionnaire. It can also lead to the view that the simple viewing of groups can give all the answers — certainly there is no need for time for "analysis", is there?

In this context, Wilson's book is a timely reminder that it's not that simple. That people may not know why they do what they do — that their conscious mind may simply not have the resources to know "the truth". It's not that our respondents are lying — they'll give us an answer even though sometimes they genuinely just don't know.

Hence the need for research tools, such as projective techniques, that can help us to help our respondents to bypass the purely logical part of their brains. The book's arguments also support the rationale for detailed analysis which can help us uncover hidden layers in our respondents" responses.

These realisations argue for lightness and relaxation in our moderation — to lower respondents" stress levels and help free their spontaneity; and reinforce the need for us to have time to let our own unconscious minds seek out patterns in what they have said. They certainly should support our attempts to fight back against the sometimes almost bullying tactics employed by some clients who ask for simplistic questioning and instantaneous feedback. 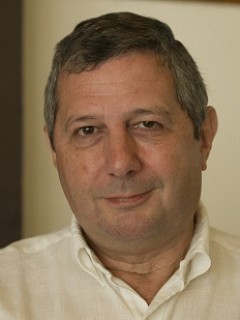 Gerald founded Occam Insight in 2000 after a career spent mostly in the communications business as a Planning Director. Occam specialises in B2B and 'considered purchases' research as well as communications development research. In addition to Occam Insight, Gerald is also a Director of sister company Occam HR - where he trained and qualified as a business and personal coach. He was involved in setting up the AQR mentoring service and is a keen sailor.