The Olympic Games draw ever closer, but are brands capitalising on their investment as sponsors, asks Thea Bowden, and do consumers care?

Are you still waiting for tickets to the Olympics? Will disappointment colour your perception of the Games? Have you noticed what sponsors — and other brands — are telling us about what we're going to get out of the event, and all that surrounds it?

As a company that believes in the ability — and necessity — of using everyday people to help solve business challenges, we asked a select group of Londoners: "What would you do if you were in charge of an Olympics campaign?"

Interestingly, the campaigns they created were overwhelmingly anti-"big brand", with our consumers envisaging solutions for smaller, ethical initiatives featuring local food produce; or British brands that have a more obvious connection to sport, or that they could see being useful during the Games, such as Buxton water.

Such idealism indicates that large brands are being perceived as intruders, with little direct relevance to a major sporting event, and audiences find it difficult to justify them having the Olympic logo on their billboards.

Blockbuster sponsorship of the likes of McDonald's and Coca-Cola was eventually understood by consumers, when pushed. What they needed was an explanation of how brands are helping: reassurance that large amounts of money are being spent isn't enough. When cynicism is rife, transparency — and proof that sponsorship makes a difference — is a hygiene factor for communications.

So what should brands be doing? In the course of our research we came up with a few tips:

Mirror people's feelings.
Brands that empathise with what real people will be doing (in the pub, park or stuck in traffic) will come across as connected and human.

Make an explicit link to what your brand does for the Olympics, in its widest sense.
People still don't understand what it means to them — or their communities.

Entertain the Olympic underbelly.
What will you do for those who will be skiving off work, partaking in office sweepstakes, or the like?

Spot the "moment" and actions of the country, and react quickly.
Few brands maximised the cultural capital of the vuvuzela at the South African World Cup as well as they should have.

Go viral.
The world's first truly digital Olympics has so far proved disappointing in this field. Create content which can be shared, contributed to and owned by users on different platforms to get your brand out there. It can be naughty and fast — both ideal for capturing the mood and people's attention.

For many the Games will be fantasy football crossed with a Eurovision party: a few stats, plenty of flags, and even more drinks. There's a more obvious role for big brands here, like Cadbury's. But where are the other lighthearted, sociable campaigns like theirs? Vibrant and inventive brands should offer more ways to engage. 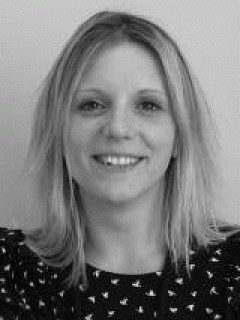