Getting to grips with tribes

Social media has meant a sea change in how we spot influencers and understand the roles they now play, says Gaelle Bertrand.

As qualitative researchers it is increasingly important to keep abreast of how consumers" contexts are changing, to make sense of who and what influences them, to keep our insights fresh. So I listened avidly to Francesco D'Orazio of Face, who led the latest Spark about "Understanding Influence in Social Media", as he walked us through the identity of influencers in the 21st century.

Social media being the buzz word of the last two years, it was interesting to see that this session went beyond just explaining how influencers are identified by the various social media monitoring platforms.

Starting with the theory of social influence, Francesco demonstrated how traditional models are fast becoming obsolete in a world where social media dominates communication channels. Where, historically, the many influenced the one — i.e. most individuals were influenced by their peer group — we are moving to a model where the one influences the many.

"Influencer" status, once the prerogative of celebrities, political leaders and freedom fighters, is now within reach of single individuals, thanks to online social networking. It does, however, feel like a different type of influence, more covert and subtle, where the online medium helps individuals raise issues and polarise the discussion rather than coerce others into their way of thinking.

Now traceable, online influence is studied and mapped as demonstrated by NY Times Labs through project Cascade. This is a task force set up to understand how news is spread and by whom, to help the NY Times maximise its reach.

These influencers are key because their influence can be leveraged by brands. Universal influencers in the social media sphere do not exist. Domain specific experts are much more likely, because they have the right credibility — expertise and authority on a specific topic, trust due to their strong positive relationships with those they influence, either personal or virtual, and access to a wide and quality network of people — to be valued by brands.

But the strongest reason for identifying influencers is that mapping their networks by clusters of passions and interests helps us understand them and their audiences. Marketers, and most importantly researchers, have to get to grips with these "interest" tribes. Their prominence may have been exacerbated by social media but, according to Francesco, they were already emerging and coined by Michel Maffesoli as neo-tribalism in 1996.

Let's face it, if Big Brother uses social media tracking to understand what the audience thinks of the housemates instead of using polls, we as researchers need to "get with the programme". 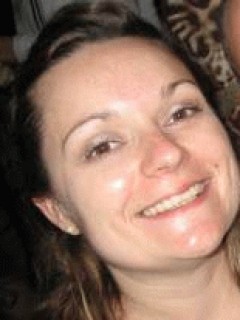 Gaëlle's research career spans 15 years. She started at TNS for whom she worked for 7 years and has since held positions at GlaxoSmithKline, Synovate and Intrepid, before joining Leapfrog in June 2011. Throughout her career, Gaëlle has worked across many research techniques and more recently social media and digital research.