On the 11th January 2013, AQR members were invited to a drinks reception hosted by Don Draper for the AQR tradition of Not The Christmas Party. 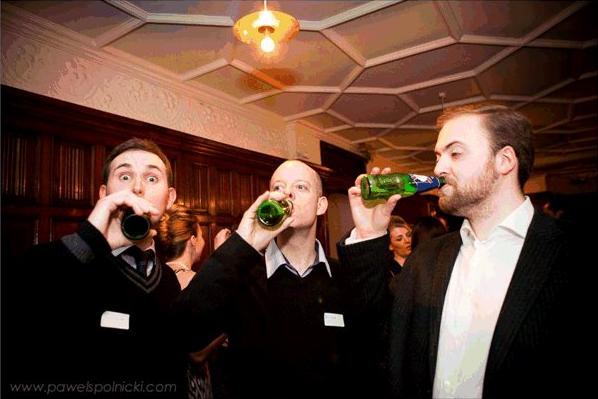 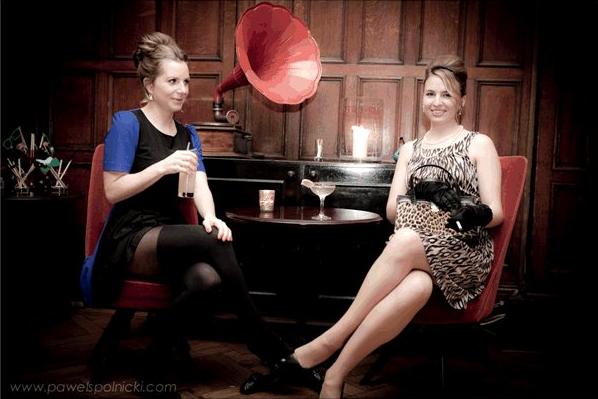 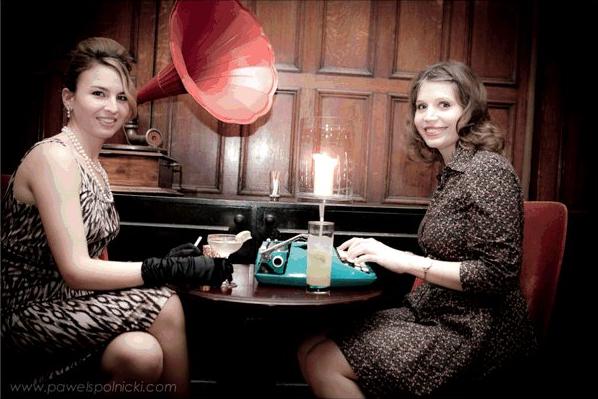 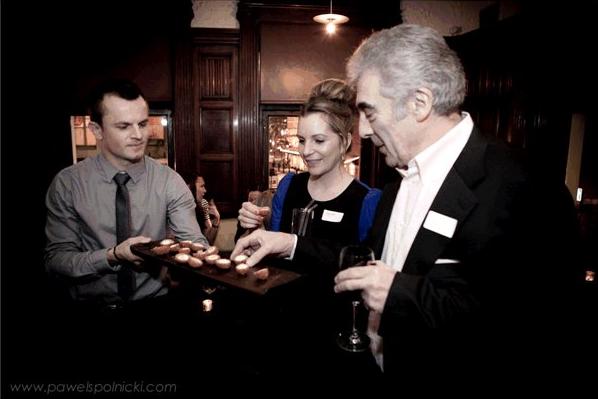 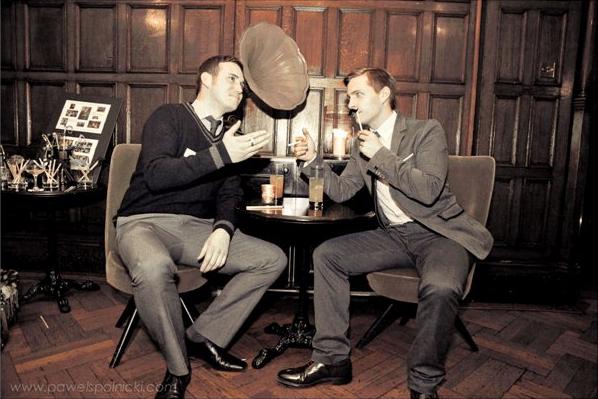 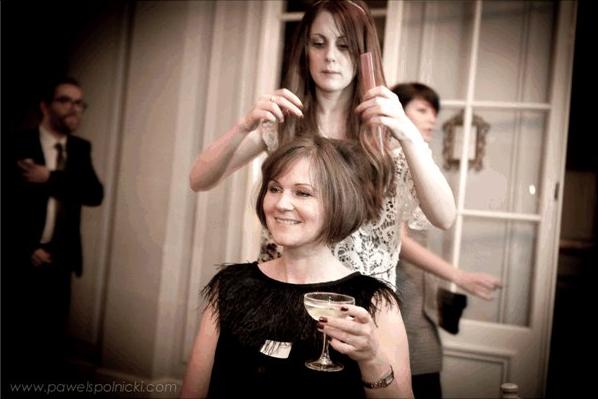 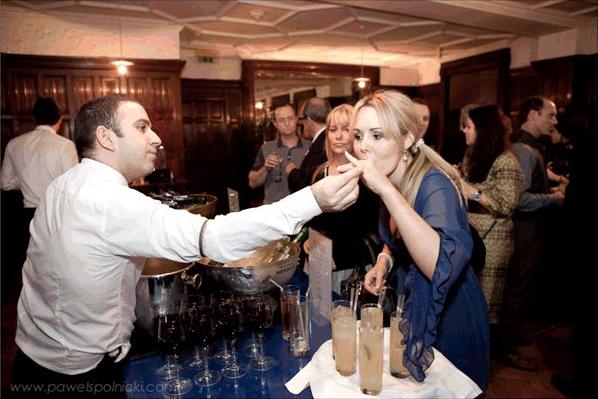 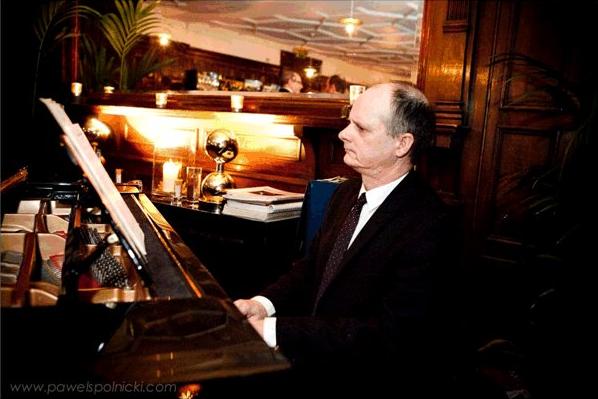 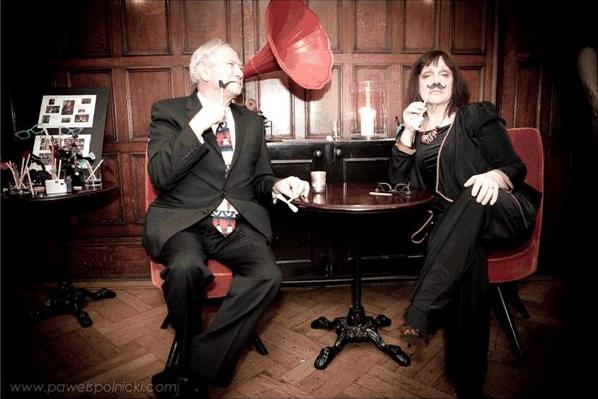 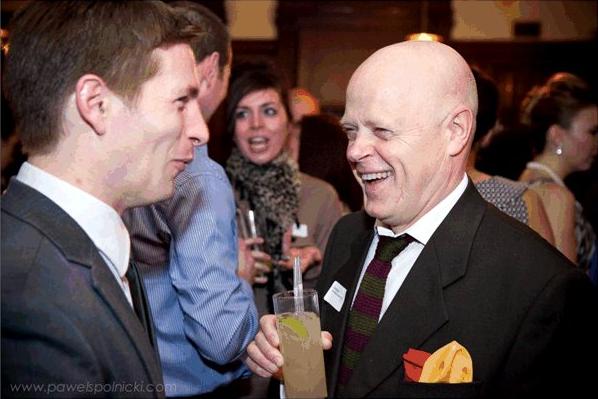 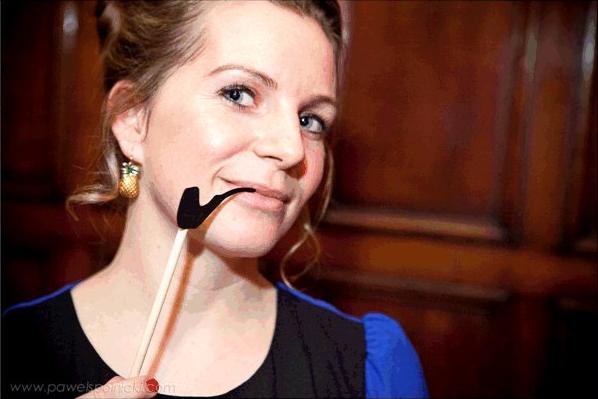 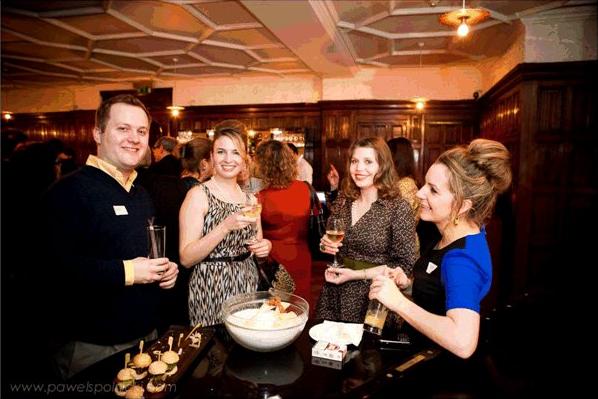 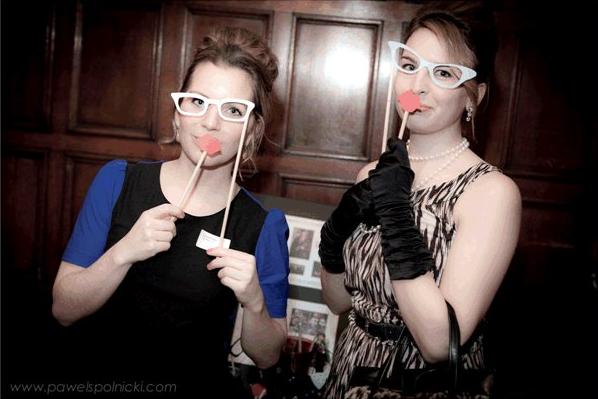 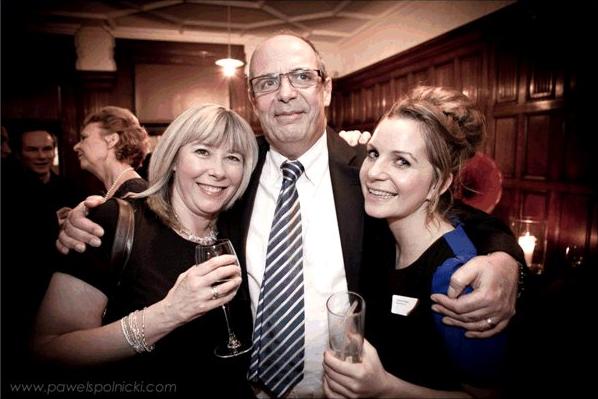 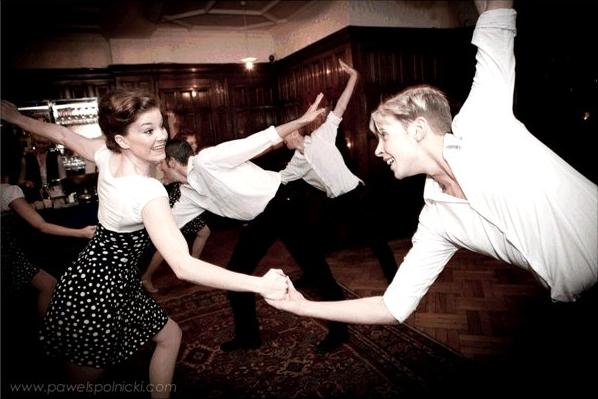 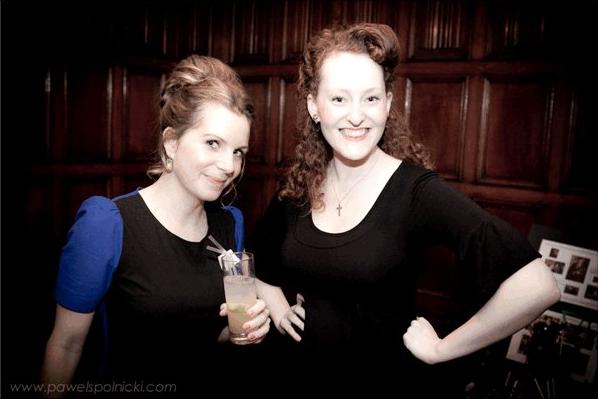 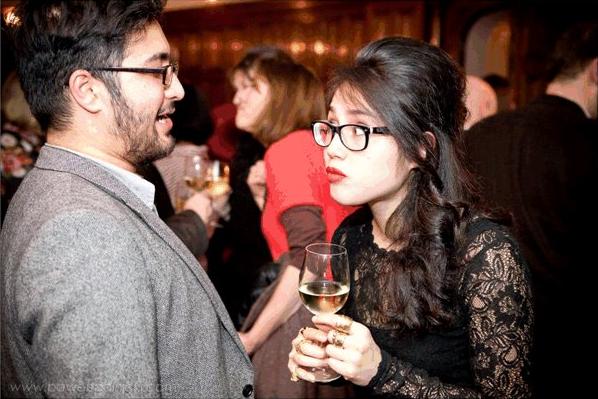 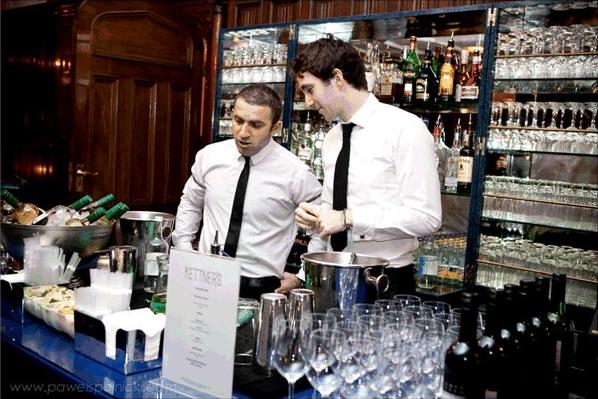 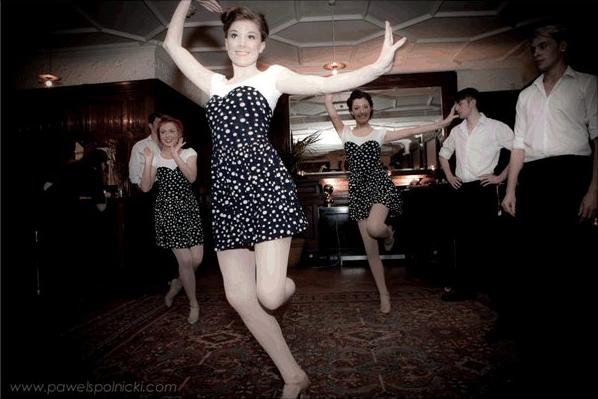 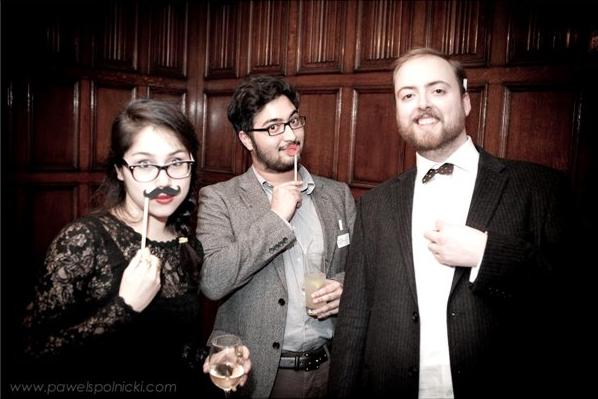 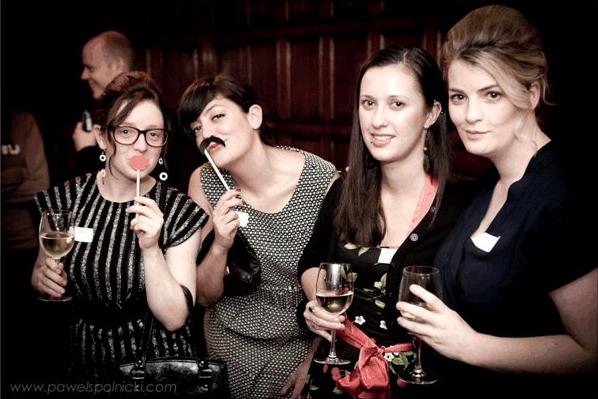 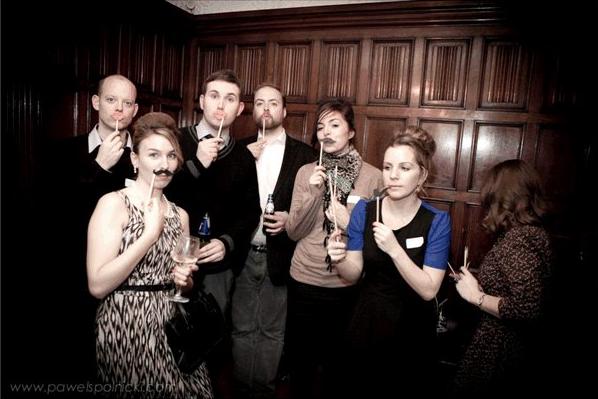 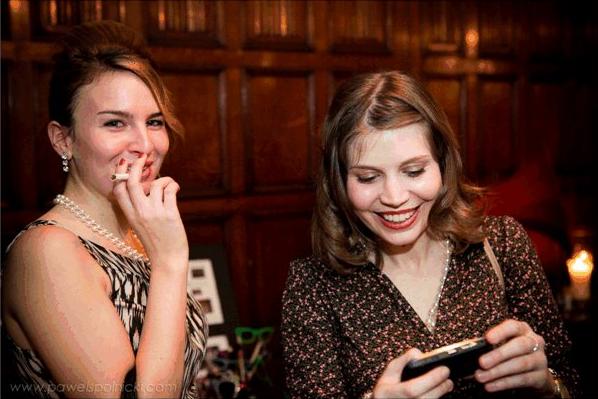 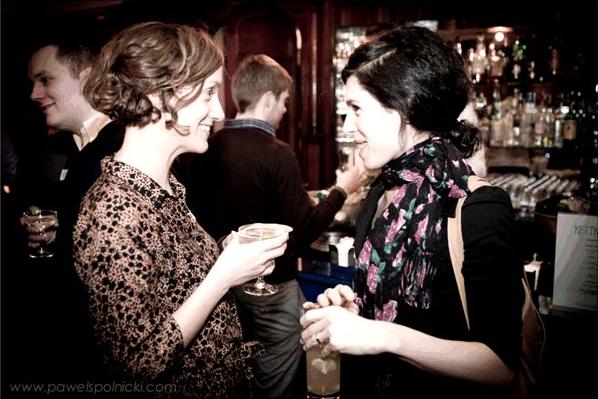 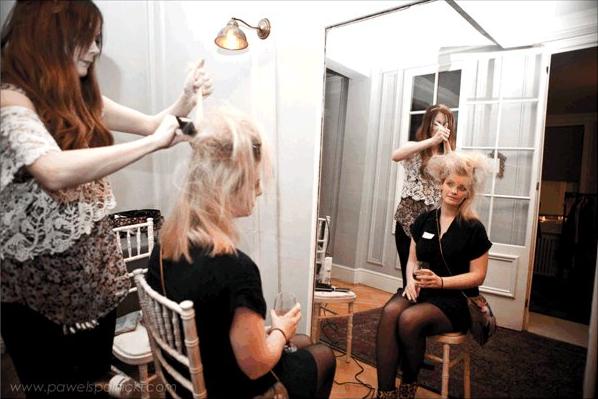 This year’s AQR (Not the Christmas) party took place at the exclusive Kettners venue in Soho. On arrival, we were greeted by the lovely ladies from Take Note who ushered us through to the glamorously decorated party venue. The Apartment is one of Kettners’ private rooms: it counts Edward VII and Oscar Wilde among its previous visitors and was now playing host to a gathering of market researchers!

The decor was very carefully planned with 1950s typewriters and atmospheric pieces to give a very suave feeling of the Mad Men era. Some (but unfortunately not all) of the guests had embraced the theme and were dressed up either in full 1950s outfits or with outfits that gave a nod towards the style and fashion of the time.

Anyone who felt under dressed was able to sign up for an appointment with the party hairstylist. She was on hand to ensure everyone got in to the 1950s theme, offering bouffant beehives for the ladies and sleeked down styles for the men. Rachael has admitted that, for her, this was the highlight of the evening. With her hair back combed and piled high on her head she immediately felt more in the spirit of the evening.

The bar was serving fantastic looking cocktails, among which were the Gimlet (gin, a spot of lime, and soda) and Moscow Mule (vodka, ginger beer, and lime). Waiters circulated the rooms providing a stream of canapés which included quail scotch eggs and even mini fish and chips in a little paper cone.

In terms of entertainment we weren’t disappointed, music emanated from a glossy grand piano in the corner of the room and half-way through the evening a dance group came in and entertained us with some energetic (and high-kicking), swing dancing moves.

Little touches like the comedy moustaches and pouting lips were great fun, and the photographer did a good job snapping pictures of the guests while they were posing with the retro typewriter or pretending to smoke a pipe.

There was representation from all different areas of the qualitative market research world from recruiters, transcription services, viewing facilities, fieldwork agencies and research agencies. Old friends and colleagues chatted and new contacts were made.

We think we can confidently say that a good time was had by all! The theme was very well chosen and helped make an enjoyable evening more memorable. Neither of us had watched the Mad Men TV series before attending the AQR party but have since been inspired to make a start on the first series and think we may be instantly hooked...