Laura Wiggins spent a night at the movies with Spark, and came away with new insights from a film on relationships, guilt, altruism…and that's just for starters.

Being a new company and new AQR members, my business partner Claire and I were delighted to receive the invitation to attend the Spark Film Club event, our first opportunity to mingle with some of our peers as The Field, in a relaxed and informal way.

Neither of us had seen the film Please Give so we went with fairly open minds. From a videography perspective, we felt we could learn something by seeing how different people relate to the same film and the characters.

At Viewpoint Gale greeted us warmly and gave us the grand tour. We then got chatting to other movie buffs, none of whom had seen the film either. The wine was cracked open, the popcorn served, so suitably stocked up we took our seats.

Film critic Kate Stables introduced herself and everyone in the room was impressed and, needless to say, a little envious of her career: watching films and writing about them for the likes of Sight and Sound, Total Film and The Guardian.

I must confess, I felt a little daunted when asked to write a review of an event hosted by an ace reviewer! She described Please Give as being the breakthrough film for Nicole Holofcener (Friends with Money and Lovely and Amazing). She gave us a few things to think about while watching the film, namely ambition, guilt, altruism, consumerism — nothing too heavy then!

Without further ado, the lights went out; we sat back and relaxed. It was a really well-written, evocative dark comedy with six main characters. Kate (Catherine Keener) and Alex (Oliver Platt) are a couple living in New York with a vintage furniture shop. Their business revolves around buying possessions of the recently deceased from their bereaved relatives, and having a keen eye for items that will sell.

Their 15-year-old daughter, Abby (Sarah Steele), is a precocious brat, unhappy with anything less than a $200 pair of jeans, which Kate refuses to buy her because there are so many homeless people on their street. As well as the business, the family own the apartment next door, where elderly Andra (Ann Guilbert) lives. Their grand plan is to knock through to extend their home when Andra passes away.

Andra's grand daughters, Rebecca (Rebecca Hall) and Mary (Amanda Peet) visit regularly but have personalities that are polar opposites: Rebecca is warm, selfless and duty bound, Mary is vain, hardhearted and hates her grandmother. The overall story is about the dynamic between the two families, and the development of their relationships.

Once the film had finished we all topped up our drinks and regrouped in a circle to discuss what we'd seen. Kate Stables ran us through the six main characters and themes emerged from our ensuing discussion.

The main protagonist, Kate, is consumed with guilt, driven by owning a successful business and living a bourgeois lifestyle, fueled by effectively buying belongings from the children of dead people. She was constantly trying to off-set her guilt by giving money away, or volunteering. Her inability to keep her emotions in check, however, suggested to us that it was an incredibly selfcentred act, more a way of dealing with her own guilt.

Her husband Alex, by contrast, was extremely at ease about their business ethics and didn't understand Kate's guilt pangs. And when they invite Andra and her granddaughters to dinner to celebrate Andra's 90th birthday (another attempt by Kate to feel better about waiting for her to die), Alex finds himself flirting with Mary, and eventually, going to see her for a "facial".

They embark on a pointless affair that neither seems really to enjoy. On discussion, we felt that perhaps Alex was so comfortable with his life and his partner in everything (Kate), that he felt the need for more, despite the reality of that "something more" proving unfulfilling.

Opinion on Abby (their daughter) was, at first, divided. Some thought she was a spoilt brat, particularly when she snatched a $20 note out of her mother's hand as she was giving it to a vagrant. But, on further debate, we decided that we actually empathised with her. It can't be easy being a teenager in New York, part of a wealthy family but never being given anything, while her mother gave so much to strangers.

Mary was felt to be the most honest and direct out of all of the characters. On the surface, she was really horrible to her grandmother. Abby is in awe of her, her good looks, her total "honesty" until Mary excels herself in "bitchiness". There was an insecure side to Mary, too, who eventually reveals that behind the façade she is human, after all.

Rebecca was discussed the least. Nice and well meaning, understandably she felt some animosity towards Kate and Alex as they were waiting for her grandmother to die. Eventually, though, she formed a bond with them and sought validation from the woman who at the start of the film, she thought hated her.

Andra was cranky, bitter, and incredibly stubborn. She refused to enjoy anything or be happy for anyone. There was some debate about whether this was a generational thing, or just the fact that Andra was a very old woman, invisible to society, a burden to her grand children, in physical pain, and therefore had every right to be cranky.

The time to wrap up came all too soon. We could have talked for hours about the themes, characteristics and dynamics the film threw up. We agreed, though, that we could identify with a part of each character: the guilt through Kate, the need for something more through Alex, the sense of want and deprivation through Abby, the — let's be honest — bitchiness of Mary, Andra's stubbornness and the kindness and caring of Rebecca.

Overall, Please Give was a great film with a bit of a shaky moral message around ethics and guilt. Kate Stables gave us a lot to think and talk about, and it was fascinating to dissect and debate a film in that forum. It was a really interesting event and we were both very glad to have had the chance to attend. 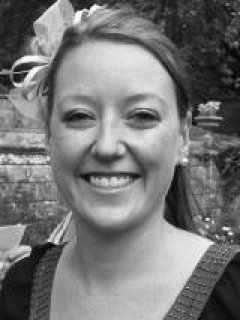 Laura is Co Founder at The Field.