More than a solo effort

Authors throughout history have woven aspects of their life and those around them into their written work, but Polly Courtney takes this to a whole new level, write Liz Parker.

Most of us, at some time or other, have found ourselves in a work situation we would rather not be in. Not many of us, however, would do what Polly Courtney did and turn our experiences into a book. Yet that is exactly what Polly chose to do. As a young graduate experiencing bad behaviour and exploitation at work she stayed true to her values and walked away.

Rather than follow a very potentially lucrative career in banking she used her experiences to expose the darker side of the investment bank where she worked in Golden Handcuffs, her first book. Even though it was unplanned, and obviously a difficult time for Polly, it is also a great example of experiential research in action.

Since that time Polly has put pen to paper a further six times, continuing to use her observations of life, relationships and in depth research as the basis for her writing.

Using a range of sources including her own experiences, those of friends and real world observations she has successfully launched a range of titles. These cover everything from memory loss, the struggles of Polish immigrants moving to and seeking work in the UK, the culture of lads" mags and in her forthcoming title Feral Youth the political and societal issues surrounding the London riots last year.

This most recent example of her work saw her visiting schools in South London to get the views and of young people who either experienced the riots and their aftermath first hand, or knew those that had. Polly used a creative writing session with teenagers as a co-creation exercise which afforded her both a unique perspective and tone of voice not available to other authors, something she made full use of in her writing.

Polly has not only used a range of creative techniques to research and develop each book but also conducted evaluative research among readers post-launch. As well as fielding the views of friends, family and fans, Polly has used online book forums as a key source of feedback. In doing so she has successfully integrated her customers and prospects into the NPD process in a way in which many large brands have failed.

When her experiences of large publishing houses also turned out to be less than positive she again sought the views of readers. When their comments suggested a mismatch between the book jacket and the content on one of her titles she decided to return to a more DIY approach to publishing in order to gain greater creative control over her work and protect her name.

Like many researchers, Polly is realistic about the challenges of being self-employed. These are all the more acute for a lone writer in a world dominated by large publishing houses and the likes of Amazon. However, her creative approach is a great example of how research can be used at every stage of the product life cycle and should give the Polly Courtney brand greater sustainability in the longer term. 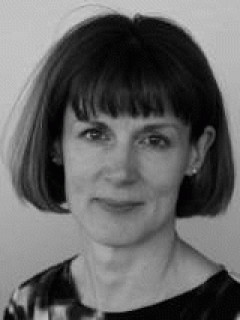