How far have brands really come in understanding and engaging modern parents? Emma Worrollo unearthed some futuristic ideas – but also some home truths.

In December we convened 15 influential experts from the world of parenting, families and children to take part in the launch of a new Parent Power Panel. During the first workshop the panellists discussed, debated and idea-generated to come up with big opportunities for family brands in 2014. We were anticipating a revolution, a barrage of futuristic ideas, and while we definitely heard some of those, it turns out we still need to get the basics right.

While the dads spoke of being ignored by parenting brands, the mums still felt they were communicated to in a patronising way that undervalued their aspirations and sense of self. There were many examples of brands that get it right — LEGO, Ella's Kitchen, John Lewis, Apple, Innocent, Yo Bears and BT to name a few — but there were too many that potentially should know better. We think it's time for change, time to shake up how families are represented and talked to by brands. So what do they want? Here's five of the ten opportunities that inspired the Parent Power Panel:

Kids" lives are over-scheduled, with pressure on parents to keep up with an exhausting extra-curricular timetable. Parents and experts alike are worried about kids having less time for free, natural, imaginative play which is a crucial part of child's development. Brands that encourage kids to get messy, get outdoors and use their imagination are well received with the Persil DIG campaign held up as the hero example.

Among busy schedules, quality time has become further spotlighted with parents and kids yearning for more. Brands that facilitate family quality time are welcomed with open arms and we're not just talking big days out and holidays, but the simple little things that are often easier to access.

Dad's role in child-rearing has dramatically changed over the last decade but he is often ignored in communications. Drawing on the example of baby products which use the language "mum and baby" demonstrated how dads can feel alienated from brands.

Given the notion of over-timetabled lives, it's not surprising that families are looking for more of an experience. If they're shopping with their kids they want to turn that into quality time, not added stress. The child-sized trolleys in Matalan were a good expression of this sentiment, as were the inviting Apple stores that allow kids to browse and have fun as well as parents.

While parents embrace their digital native children they look for brands that treat safety as importantly as fun. They don't want to exclude their kids from online social experiences but they do want to know they're part of something which is creative, imaginative, social and safe. BT was considered to be leading in the online safety stakes. 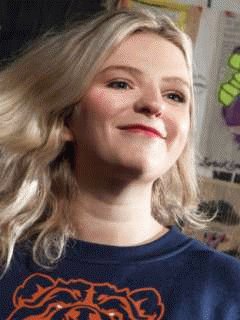 Emma is Founder at The Pineapple Lounge.