There is a quiet revolution going on in terms of attitudes towards death. What had become, until relatively recently, a taboo topic is starting to enjoy greater coverage and understanding with movements such as Death Cafés, of which more later, encouraging engagement with all its varied aspects. And as attitudes change, so too does the marketing of those companies which cater to consumers’ needs around death.

First, though, a bit of background. Prior to advances in modern medicine, people most likely died at home with their families, as opposed to in hospital with medical staff attending. Death was “more common, natural and visible” (Pettypiece, 2013, p.1). But with distance comes discomfort, particularly when it means talking about it. Euphemisms, such as ‘passed away’, ‘departed’, ‘kicked the bucket’, are often used as a way of avoiding the topic. This unease has been noted in a number of Western societies, including the US and the UK. Don Schumacher, chief executive officer of the National Hospice and Palliative Care Organization, said in reference to American society, “This is much more of a death-denying society than it ever has been in the past” (Pettypiece, 2013, p.1).

The death denying culture is similar in the UK. According to a study conducted by Dying Matters (2011), “the majority of people think that talking about death is less of a taboo than it was 20 years ago, however, two-thirds of all people agree that people in Britain are uncomfortable discussing dying and death” (p.1). In 2012, Dying Matters also found that “Seventy-one percent of the public agree that people are uncomfortable discussing dying and bereavement” (Sentamu, 2012, p.1).

The taboo surrounding death is largely a modern phenomenon. True, we may still celebrate the lives of deceased loved ones, but topics related to one’s own mortality are often socially restricted in everyday conversation. In contrast, centuries of memento mori art and the Day of the Dead celebrations in Mexico show that this has not always been the case.

The phrase ‘memento mori’ is said to come from ancient Rome. A slave stood behind a Roman general as he paraded through the streets in a victory triumph. He was tasked with reminding the general that the future is always uncertain, warning ‘remember that you will die’. Today, the term is more associated with artistic expression, and art from this genre serves as a reminder of one’s mortality (University of Missouri, 2013). Just as the memento mori expressions emphasise mortality and inspire people to lead a more fulfilled life, so too does the modern Death Café movement.

Death Cafés are events where people gather to discuss a myriad of topics relating to death and dying. As a movement, it seeks to organise and inspire individuals to reflect on their own mortality, helping them get the most out of life.

According to Jon Underwood (2012), the facilitator of the Death Café movement, “Death Cafés are part of a global movement to challenge and improve the attitudes towards death” (p. 2). The idea originated with Swiss Sociologist Bernard Crettaz, who started hosting “Cafés mortels” or Death Cafés in a few European countries.

Underwood, a former council member and web developer from the UK, was inspired to hold his own version after reading a newspaper article regarding Crettaz’s work. His work in this area has led him to be recognised as the global facilitator and organiser of the Death Café movement. He started www.deathcafe.com, which allows facilitators to post their events, write ups and communicate with one another. Since the launch in 2011, it has flourished worldwide; the number of events quadrupled between May and November 2013.

Death Cafés are often hosted in an intimate setting, such as at a coffeehouse (usually in a private meeting room or after they’ve closed for the evening). People gather and self-facilitate any topic that arises surrounding death and dying. They generally involve between five and 20 members, with a suggested minimum of two facilitators or at least one facilitator per 12 attendees. Facilitators may be social workers, psychologists, chaplains, or other professionals involved in the realm of death and dying. However, anyone is allowed to host a Death Café, as long as they agree to the guidelines (featured on page 10) and feel comfortable talking about death and dying.

No two Death Cafés are ever the same. Although there are some people who regularly attend such events, attendees change with each one and the discussions are as unique as the participants. The tone can range from morose and sombre to light-hearted and jubilant. The sound of laughter and excitement is common. Some attendees have even mentioned being left with a greater satisfaction with life because they were able to recognise and appreciate their accomplishments.

One Death Café host explained how a discussion of death is really a discussion of life: “I enjoy the discussions we have that seem to begin with death and then gradually unfold to show us how life and death are so interconnected. We often think of one spectrum or the other, not realising that it's all the same spectrum. Life and death walk hand in hand.”

While one might expect to leave in a solemn mood, some have reported quite the opposite: “I left the Death Café somewhat lighter and illuminated. The space to share experiences and views relating to death and dying was actually life-affirming. I know that I will experience more grief and sorrow in my life, but knowing there are such places makes this slightly less daunting.”

For others, attendance acts as a catalyst for reflection upon what more they want from life. Although some discussions can evoke sadness or reminders of loss, oftentimes attendees report that the ‘heaviness’ of taking part has to do with personal reflection afterwards.

<li>offered on a not-for-profit basis<li>offered in an accessible, respectful and confidential space<li>held with no intention of leading people to any conclusion, product or course of action<li>hosted alongside refreshing drinks and nourishing food — and cake!

Death Cafés are not...

<li>a bereavement or support group<li>intended for children, though some facilitators may choose to allow younger guests at their discretion and risk<li>a place to provide specific education on specific topics (e.g. speakers on euthanasia or burial options)<li>a sales forum<li>organised for the sole purpose of research, activism, or place to find experts with answers.

As a social franchise, each Death Café will vary depending on the culture, community, facilitators, and attendees. However, many facilitators across the world have expressed a common barrier: they have to overcome the taboo of death in their society to get their Death Café off the ground. Australian Death Café facilitator, Ava Reyerson, stated the challenge of the “fear of the unknown, lack of commitment, and lack of funding for advertising” as well as people’s own shyness or reluctance to experience the concept have challenged her café in its first year.

US Death Café organiser, Dr Kristine Kevorkian, echoed the social challenge, explaining that after one of her events she was warned the community might not be ready for them. Josefine Speyer, UK facilitator, reports that many of her guests are those who work with death and dying but who have not been afforded the opportunity to discuss their personal perspectives.

The Death Café movement has implications at both macro and micro levels of society. For many, attending such events can inspire greater professional development through personal experience. The value of the café model is that it fosters analytical, multi-dimensional thinking: especially important for professionals in a modern globalised society.

This practice in discourse and exposure to different viewpoints may help attendees develop a deeper understanding of the topic and possibly themselves. This could prove particularly valuable for those with a professional interest in using these themes in business or working with the death industry, but with little experience of the ‘taboo’ element. Regional events may give special insight into those specific cultural values for each area.

The Death Café guidelines are explicit in stating that they should not be a forum for sales or promotion. However, hosts’ accounts and current ongoing research highlight one aspect that is irrefutable: they result in a reflective process that increases selfawareness, and can affect consumer decision-making. The industries that make death their business, such as funeral planning and health care, are the primary beneficiaries of the potential behavioural response to Death Café reflections.

Anecdotally, however, some Death Café attendees have reported creating Advanced Directives, planning trips as a result of bucket lists, and finalising last wills, thus making greater use of a variety of other industries. And growing numbers report thinking of such decision-making processes and making plans to change their behaviour or pursue certain goals.

It shouldn’t be forgotten, though, that attendance at a Death Café — for a professional or a member of the general public — is a personal decision, and valued as a time to listen to and contribute to the conversation.

The Death Café movement may prove to be an integral influence in shifting the zeitgeist surrounding death — but it is not the only one. On both sides of the pond Death Salons have been established, the Death over Dinner movement is gaining popularity, and there is increasing media coverage of these services and organisations.

The Death Café movement may be one of the fastest growing, but it seems to be a piece of the larger Death-Aware or Death Positive phenomenon occurring globally. “Memento Mori” is precisely what Death Cafés, and the larger death-aware movement, have accomplished for the thousands of people around the world.

Sentamu, J. (2012, May 14).
Let’s not be afraid to talk about death. The Telegraph
www.telegraph.co.uk/comment

University of Missouri. (2013).
Final farewell: The culture of death and the afterlife.

Megan Mooney was assisted by Ashley Gage assisted in the writing of this article. Ashley Gage is a PhD candidate at the University of Missouri School of Social Work and founder of a Death Café in Columbia, Missouri, USA. 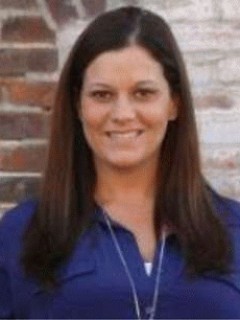 Megan Mooney MSW is research specialist for the University of Missouri, Department of Family and Community Medicine on the ACTIVE Study, and founder of Death Café St. Joe. L.