No one wants to talk about it, says Russell Whitworth, but death will affect us all. It then becomes a question of whether we stick our head in the sand or do something about it.

It’s long been said that there are two certainties in life: death and taxes. The Government sets us deadlines to pay our taxes, which forces us tackle this area head-on. We save receipts, we talk to accountants, we file tax returns. Not just once, but every year.

No one sets us deadlines for preparing for the end of life. We bury our heads in the sand and pretend that death and critical illness are things that will never happen to us or our family. Unfortunately, this culture of denial means that we are often unwilling to take steps to prepare for death, even though ignoring the problem won’t make it go away.

Here in the UK we tend to view our own mortality as a personal issue that we need to deal with on our own. A death in the family, however, obviously has major social, psychological and financial repercussions for those who are left behind. At Legal & General, we believe that death is not an individual issue, but something that will affect the whole family very deeply. We feel that planning for death is, therefore, a family responsibility rather than an individual one, and should be treated as such.

Coping with death in the family

We recently surveyed 5,000 British adults to gauge how prepared people are for unforeseen events like critical illness and death. We did so by measuring how long an individual or family could sustain their current levels of spending if they were to lose their usual sources of income. In this scenario, our Deadline to the Breadline report shows that for the average household in Britain this particular deadline would be just 26 days.

It’s even worse for adults aged between 18 and 64. When viewed in isolation, away from an older generation that has more savings and better financial plans, the deadline to the breadline for working families drops sharply — to just 11 days.

This situation is likely to get worse before it gets better. Our report also reveals that people are now saving less than they were previously, and this figure is expected to fall even further over the next 12 months. Most British families are, therefore, in a precarious situation when it comes to their finances.

They are left extremely vulnerable to any unexpected financial shocks, including (and perhaps especially) the sudden loss of a primary earner.

In the past, people may have relied upon the State to step in, but the traditional safety net of State benefits is being eroded and a new era of ‘self reliance’ is emerging on the political agenda. As a result, individuals now need to take much greater responsibility for their own future and that of their family.

Ironically, most of those we surveyed for our report seem to know this already: 80% of households either don’t know what to expect — or expect nothing — from the Government in terms of financial help, yet more than a third (35%) of households still have no plans in place to deal with this sudden reduction to their income. They’re hoping for the best rather than preparing for the worst.

So what's the problem?

It’s not as if the spectre of death and disease is unfamiliar; our research shows that nearly half of those Britons (45%) we surveyed say that they know someone who has suffered a serious illness or injury — and 46% say that these people had to rely on friends and family or the State to make ends meet as a result. And even then, nearly one in five of these families (18%) still had to cut back on either heating and lighting or food at this traumatic time.

Although people cite many reasons not to buy such products, e.g. cost, time, etc., the heart of the problem may be that, as humans, we are subject to ‘cognitive biases’, thinking patterns that cause us to make questionable decisions or to reach false conclusions. Scientists tell us that one particular bias, called the Current Moment Bias (also known as the ‘power of now’ or ‘time discounting’), makes it difficult for people to imagine themselves in the future, which means that they are unlikely to alter their behaviours and expectations accordingly. This ‘ostrich’ effect can have a negative effect on financial planning.

The right product at the right time

With so many different options on offer, we believe that it is vitally important for people to understand exactly how different insurance policies work and whether they are right for their particular needs. The basic intention of all these policies is the same: to remove or at least reduce the financial burden that critical illness or death can have on an individual or family. But the devil is often in the detail.

Each type of policy has a different function. For example, life insurance only pays out in the event of death. A critical illness policy will pay out in the event of one of a defined list of illnesses and depending on severity. An income protection policy is there to provide a defined monthly income in the event of illness or loss of employment. That’s why it’s so important to fully understand what each policy is designed to do. But for many people that’s easier said than done.

What else can be done?

At Legal & General we try very hard to help our customers make the right decisions, but more needs to be done by us and across the whole financial industry. We believe there are two key areas of focus:

Better education
This is desperately needed. Many people are simply unaware that these kinds of insurance policies exist, let alone how to choose the best one for their needs. Legal & General runs several education and skills programmes, but these only scratch the surface. We believe that the Government should not only play a more active role in this regard, but should also take steps to incentivise public take-up more effectively — in particular, among the working families that have been identified as most vulnerable to the loss of a primary earner.

Better marketing
We as an industry also have an important role to play. We need better and clearer marketing of relevant products, and must work hard to address the issues around ‘small print’ and financial jargon that may discourage people for protecting their family’s financial future. To that end we run a programme called ‘clear and warm’. This is our attempt to ensure that all our product and marketing literature is in plain English, avoiding insurance ‘gobbledegook’ while still adhering to our strong compliance guidelines. We carry out a great deal of research throughout the year to get feedback on our literature and processes that helps us to improve the way we communicate with customers, and urge the rest of the industry to do the same.

Planning for the future, now

We know people don’t like to talk or even think about death. If, however, individuals can see the value of taking care of their loved ones’ needs right now, it makes sense to think about how these same needs will be met after they are gone.

At Legal & General, we have seen first-hand what an enormous difference the right level of preparedness can make to individuals and families at what is likely to be the most stressful time of their lives. Just last year, for example, we paid out £85,000 to a 25-yearold construction worker with a brain tumour, and £100,000 to a 47-year-old jeweller diagnosed with cancer.

Stories like these help to illustrate why it is so crucial for Britons to understand the importance of taking the time to prepare for the unimaginable in order to protect the financial security of their loved ones. Sadly, it’s a serious mistake to think that crises like these will only ever happen to somebody else; next time, it could end up being much closer to home. 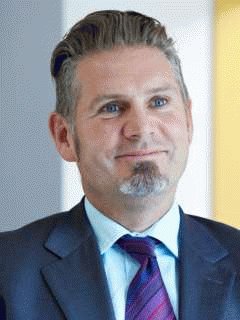 Russell Whitworth is the underwriting and claims director at Legal & General.