Dee Chalmers couldn't resist signing up to Nick Southgate's webinar as the topic, the particularly human power of qual, is so close to her heart.

Nick’s webinar is a very erudite rebuttal to all those naysayers who try to undermine qual research on the basis of its low-tech, messy, very human attributes — aspects he, and I suspect most quallies, instinctively feel are its strengths.

He takes us through his argument in a very approachable, and dare I say, human, manner. As he says, there is a suspicion that just talking to people isn’t enough — there must be something cleverer, possibly scientific, and certainly more complicated to reaching an understanding of people than that. Yet, his view is that qual research, in its guise as just talking to people, is the best way to get to a real understanding of what’s going on.

He explains this in terms of system 1 and system 2 thinking — what Daniel Kahneman terms ‘fast thinking’ and ‘slow thinking’. Most human behaviour is governed by system 1 thinking — where we do things almost automatically, with minimal or no reflection — which Nick refers to as “the shallows”. It is a notable human ability to be accurate most of the time — we don’t need masses of data from Twitter to tell us the things we can observe around us — and quallies are very adept at reading other people and thus making instinctive decisions about what’s really going on.

Nick gives a powerful example from when he worked on an HMRC campaign. It was intended to target people who were avoiding paying relatively small amounts in tax, who might not think of themselves as doing anything very wrong. Indeed, they are likely to think everyone is doing the same thing, and are ready to refute claims their behaviour is anti-social.

As Nick recalled, when he showed various executions to these participants, they had their arguments ready for why the threats from the taxman just weren’t credible. They seemed to have a rebuttal for every claim. Then, he noticed that the gap between reading out the line in the execution, and the start of the group’s rebuttal varied — from almost instantaneous to a gap of a couple of seconds.

As we know ourselves, when something hits home, we take a moment to react to it. So Nick was able to work out that some lines worked better than others — these small-beer tax avoiders could shrug off claims that ‘the taxman was looking at all returns’, but weren’t so sure when they heard ‘somebody, somewhere, kept a record of what you were paid’. Nick was able to use these silences to encapsulate the relative strength of the different executions: a powerful way of getting over his message to his client.

Nick finished up the webinar with some wise words from David Hume — “reason is, and ought only to be, the slave of the passions” — the passions being instinctive, emotional system 1 thinking which is how we live life and where we conduct our qualitative research.

We, as qualitative researchers, should celebrate our ability to be smarter in how we listen. 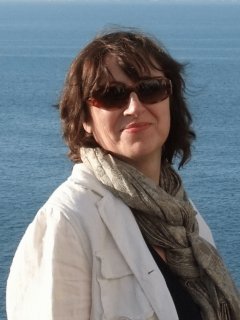 Dee is one of the two founders at bobs your uncle. With over 20 years in research, she has worked in a number of research agencies as well as communications agencies. Dee has lived and worked in the UK and US, conducting research projects across Europe, the Americas and Asia. She is a qualitative research and ethnography specialist, with a PhD in Social Anthropology.