In the age of free data, what is qual for?

'Quant' is a lot smarter than it used to be. Social listening and implicit response are both approaches that deliver a faster and fuller picture of the real world, and Big Data continues its relentless march.

So what is qual for? This piece argues that there is a form of information that qual is uniquely suited to deliver, namely the communication of meaning through metaphor. And that the future of qual is to focus on that.

There are three forms of information contained in what a person can say: rationalisation, association and metaphor. Evolved quantitative methods will be increasingly superior at capturing and reading the significance of the first two. But metaphor is (currently) beyond the reach of what machines can process. Yet it is also utterly fundamental to cognition and communication.

Rationalisation is the type of information that consumers deliver in response to a question: e.g. “I bought the car because it had a big boot and great fuel efficiency”. It is an ‘answer’. Rationalisation is essential to communication, (imagine reading an instruction book with no rationalisation in it!). But in research, rationalisation has a bad name. However convincing and convinced consumers are, they are unreliable witnesses when it comes to their own motivations or behaviour. Rationalisations are not to be trusted. Clients need hard facts, but they get them in statistical form.

By associations, we mean the synaptic networks our minds use to store and structure reality. What goes through your head when you think of Ford? ‘Sales reps, blue oval, plasticky interior, Cortina boys...’ Observing patterns of associations is hugely valuable in itself; a brand’s equity is the sum total of associations it carries in the popular mind. But quantitative research is also becoming increasingly adept at capturing and presenting this kind of data, far more comprehensively than qual can.

This takes us to metaphor. Here we are not just talking about metaphor as poetic flourish. We are talking about it as the thought structure that is essential to the construction and communication of meaning. Let’s call it ‘big metaphor’ to help underline this distinction. Big metaphor is an observation about how the mind identifies meaning by observing a parallel between one thing and another.

In a fundamental sense our minds are pattern recognition engines that enable us to make sense of the stimulus by recognising patterns (those polished planks as a desk, that green thing as a tree). Our speech and cognition are impregnated with this kind of invisible metaphor. On average we use one metaphor in every four sentences.

Metaphors reveal the way we interpret the world around us. When Native Americans first saw steam engines they spoke of them as an 'iron horse', a metaphor to help them understand and communicate an awesome alien technology. Metaphor provides a way of using what you do know, to understand what you don't. With the 'iron horse' metaphor you get a glimpse into the mind of a 19th century Native American.

Metaphors do not just reflect thought, they also structure our perception. In Metaphors we live by, Lakoff and Johnson use the example of how the meaning of argument is ‘war’. Arguments are ‘won’ and ‘lost’, ‘positions’ are ‘defended’ and their ‘weak points’ ‘attacked’. They go on to say that ‘argument’ would be a very different thing if the underlying metaphor were, say ‘dance’ with its collaborative and expressive emphasis.

Metaphors are profound because they are essential to the communication of meaning. If someone doesn’t know what a ‘thing’ is then it has to be explained by a metaphor (“it’s like X that you already know....”). This means that new things are explained and framed in terms of old things. Metaphors serve as a mechanism for cultural continuity and coherence, absorbing new ideas by explaining them within existing references. Hence trains having ‘carriages’. Hence the ‘phone’ in iPhone. We are unknowing captives of our cultural metaphors.

Shifting from words to actions, it is clear that metaphoric meanings are as evident in behaviour as in language. Think of the difference between French and British lunch. English eating habits reveal an underlying assumption that food, for all its delights, is essentially a means to an end: enjoyable, possibly high status fuel. But fuel nonetheless. Hence the pragmatism of the sandwich. Whereas in France one is left in little doubt that lunch is pretty much ‘the purpose of life’. To the English it can seem that in France ‘life stops for lunch’, but to the French, that is to miss the point, since to them ‘life is lunch’, and a Branston Pickle sandwich represents a life scarcely worth living.

Products and brands are full of metaphorical meaning: Milk is love, Coke is happiness, lipstick is hope and tea is reflection. At the more granular level, every ad has a story, which will be archetypal at one level and therefore be a bearer of metaphorical meaning. The way that ads pile metaphors on each other creates the texture that makes them interesting.

If we understand metaphor in this broad sense, as ‘big metaphor’, we can see that it encompasses all that is most valuable in qualitative practice: from personification, to collage, to storytelling. They are all ways of generating the consumer meanings that we already know are core to inspiring and insightful qual.

Machines cannot recognise metaphors; they work by calculation, not analogy. This is a major gap given the central importance of metaphor in human cognition. New data sets and algorithms will yield ever broader, more immediate and more powerful information, but its psychological significance will remain elusive. As technology allows quant to show clients the world in more detail and completeness, so qual, with its unique grasp of metaphor, can tell them what it means. 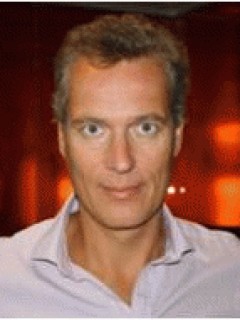 William is a Director of Global Qualitative at TNS where he helps develop methodology and best practice for its team of 600 quallies in over 80 countries.