'Bringing research to life' has become a repetitive mantra, but what exactly does it mean? If insight is to make an impact beyond the research department, it has to go 'viral', and clients need to encourage other stakeholders to challenge insight teams with their own information and interpretation.

Current industry debate on how to optimise the role played by insight is largely polarised between the input and output ends of the work: between how we get the data in the first place and what emerges in the end place. Tangible steps forward are being made at the input end — specifically via a raft of tech-led means to in-the-moment interactions — and the sense is that there’s plenty more to come on that front. Laurels, it’s safe to assume, are not being rested upon.

But at the output end? Here the advances are harder to define. Progress seems to have largely stalled with the vague notion of ‘bringing research to life’, a term that’s used regularly but elaborated upon rarely. What does it mean exactly? Often it is hard to tell. Perhaps it means making films to a higher standard than that which may previously have been expected of a research agency. Maybe it’s about creating more visually striking slides; the kind you might more normally expect from a creative agency.

These are good things to do, for sure, but hardly represent a great leap forward. The sentiment here is still of something to be delivered, dropped off and left with the client. Prettified but still passive in mode.

Moving from passive to active

Clients across multiple categories, from businesses of all sizes, are starting to articulate a need for something more palpably living and breathing; for work that more overtly switches from the passive mode. The language most often used reflects a need to ‘democratise’ research; ‘socialise’ it; enable it to go ‘viral’.

This demands a more concerted resetting of industry norms by agencies, to a user-centric approach of the kind we’re far better at recommending to our clients than implementing ourselves. But, as much as agencies love to wring their hands and bemoan their collective shortcomings, this is more particularly an issue for those who are client-side to contend with. We, at agencies, can empathise with the issues, learn to understand them and point to fresh approaches — they can much more readily set bold new agendas.

In speaking to three client-side senior insight people, the strongest themes and/or areas of consensus were as follows:

Martin Vovk, senior insight manager at Sony Music, says: “Our challenge is trying to ensure that the tap's always on. If you run a great workshop or consumer session you get this fantastic halo of engagement from everyone involved, it can sometimes even last weeks after the session. But doing that once every six months or year isn't really enough.

“What it all comes down to is avoiding being a 'push' service,” he adds. “I think we'd all agree that insight works best when it's a collaborative process that everyone's bought into. Mandating it from the top down is valuable in some senses but can be damaging in others. Our philosophy is that we want to encourage people to understand the value of insight and to start asking us for useful stuff, we don't just want to be sitting here centrally, pushing irrelevant things at people that they aren't interested in.”

Paul Woodhouse, director of brand research at The Walt Disney Company, builds on this theme: “For insight to become truly viral it needs advocates, and advocates are bred from active engagement, inclusion and being part of the solution. Is it practical to think of insight as being something owned by stakeholders outside of the insight department, something that’s handed over to them to shape further? It is, and I absolutely believe this should be the case.”

“Insight teams should make it a mark of success when stakeholders are able to successfully challenge them with their own information and interpretation,” believes Thomas Armstrong, director of insights and innovation at SAB Miller. For him, it’s not just a case of opening up the inner workings of research to other departments, but ensuring those in research are making more concerted efforts to understand exactly what makes other functions within the business tick as well. “It isn’t simply about getting others to understand what we do. We need to be getting our hands dirty, understanding the challenges of sales teams, operations, finance and so on.”

Handing control to the end user

“If non-insight folks think of us as a central department laying down instructions and 'telling them what the consumer wants' it's very easy for them to become cynical and disengaged,” says Vovk. “If, instead, we try to position ourselves as offering interesting routes into the world of the consumer that are not closed experiences bound by facts and rules, but actually creative fuel that leads to inspiration and ideas, then I think we're starting to get people excited. And once you get to that point, people also feel empowered. What you're presenting isn't a mysterious black-box approach, but something they've actually seen that they can do and understand themselves.”

While the opinions being offered here are, of course, diverse and reflect different category needs, what’s most striking and consistent is the sentiment around trying to tackle old problems in new ways. There’s less emphasis on the oft-stated and longstanding challenge of how to secure insight a place at the ‘top table’ in businesses, and much more on ensuring that the advocates of insight can be found across all departments, at all levels of seniority, suitably informed and authorised to take the work in the direction that works best for them. And this, ultimately, is what we should really be getting at for when we talk of bringing research to life… 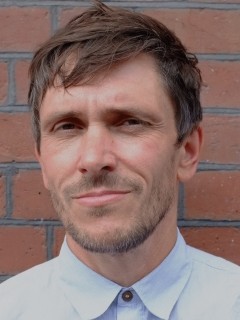 Andy Crysell is founder of Crowd DNA, a cultural insights and innovation agency based in London and Amsterdam. Prior to Crowd DNA, Andy formed content and research agency Ramp Industry, eventually sold to creative agency St Luke's, whose board he sat on. Earlier still, Andy worked on dotcom start-ups, and as a journalist, covering music in detail alongside regular forays into film, technology, gaming, innovation, media and social change.