Indian society seems to defy analysis, but viewed through the lens of Hindi cinema we are taken on a journey that illustrates its complexities and its paradoxes – and we may never be the same again.

India is a study in contrasts. It liberalises, Westernises and then seems to backtrack and reflect the values of an earlier generation — just with more affluence. What explains this complexity? Despite the diversity and breathless pace of change, cricket and cinema are two ‘universal religions’ that unite Indians in a big way. In this article, we will attempt to understand India as a market through the lens of popular cinema. For the purpose of this discussion, we can classify the 100 years of Hindi cinema into three eras:

India gained independence in 1947. In the period between the late 1940s and 1960s, when social and political institutions were being set-up, idealism sustained people in the absence of any real progress. The movies, too, reflected this romance of independence. Over the decades, however, with increasing education, people became more politically and economically aware, demanding the fruits of independence for which they had fought. This gave birth to a generation of individuals asking for the basics of life and hungry for social change.

The corruption and inefficiency of the political and executive systems in a predominantly socialistic India gave rise to arguably the biggest construction in Hindi cinema - The angry young man. The angry young man saw the inefficiencies in the system and worked to restore justice through force.

The aggression had a purpose, not for themselves or their families but the greater good of the society — they were fighting for the rights of the downtrodden.

In this era, consumerism was at a nascent stage and people were just being initiated into branded products. Consumers had to rely largely on the public distribution system for such staples as wheat, rice, sugar, edible oil, etc. Most consumer products were aimed at the upper classes who could afford them. Not surprisingly, communications for mass products were functional rather than emotional in nature, with some emotional semiotics thrown in.

India underwent economic liberalisation in the early 1990s. The growth of the economy through that decade and the next ensured increasing affluence: people had a sense that things would change for the better. This optimistic citizen found expression in movies as an Indian protagonist living abroad or recreating Western settings within India. The problems the movies solved were not so much about essentials or rights as they had been earlier, but matters of the heart, like typical romcoms. There was, however, a difference. Despite aspirations for a Western lifestyle, people were still rooted in Indian culture. Cinema reflected this in the respect accorded to family values: rootedness and connectedness. Movies were at once ‘modern’ and ‘Indian’.

Karan Johar, who directed Kuch Kuch Hota Hai (Something is happening, 1998), acknowledged the Western influence on his film. The college attended by the protagonists was modeled on Riverdale High, from the world of Archie Comics. The main leads influenced by Archie, Veronica and Betty, and donning high-end labels like DKNY and GAP, still maintain their ‘Indian-ness’. For example Tina, just back from Oxford University, is asked to sing a Hindi song and delivers a traditional devotional one, showing she has retained her ‘Indian-ness’ despite studying abroad.

Until the 1990s, the big consuming class was largely limited to the metros. With liberalisation, there was a wide range of products available to the Indian metro consumers. The focus was on experience and indulgence.

Return of the small town hero

It is only in the latter part of 2000s that the fruits of globalisation started percolating down to lower social classes and smaller towns or non-English speaking people, as per capita income doubled from year 2001 to 2010. With globalisation came increasing opportunities and a migration from rural and semi-urban areas to cities, in search of jobs and a better life.

A new middle class has emerged in the urban areas, which possesses the sensibilities of the smaller town. They may be anxious to hitch their wagon to the engine of the growing Indian economy, but they are also still strongly influenced by things that are typically Indian. The first hint of this was a ‘regression’ in the movie genre — from Westernised romantic films based sometimes in the developed West, to old-style action movies based in smaller towns or rural areas. Movies like Dabangg (Fearless, 2010) targeted the increasing purchasing power of this new middle class.

Yet, the zeitgeist in the movies is modern in the blurring of the lines between right and wrong in the face of changing realities. In Dabangg, the male lead plays a police officer who fights the town’s evil political leader but is corrupt himself and does not shy away from making money by unfair means, a reality that society at large accepts.

With the small town consumer becoming part of the target group for marketers, there is a need to tailor offerings to them. Small packs of expensive brands are being made available to these consumers, so they can participate in the growth story of India but at a lower ticket price. Accented Indian English and celebrities from Hindi TV soaps (very popular among the new middle class housewife) are being cast in commercials to increase empathy. Yet the concept of a Westernised India, with movies and ads for indulgence products, continues to exist in parallel.

The Indian market may not follow the same trajectory as that of the Western markets — it is not where the West was 20 years ago. Anyone looking to work in India needs to understand the paradoxes that exist: Indian and Western, traditional and modern, growth and ‘regression’. The market is complex and segmented. To help get a handle on the change, it is useful to examine popular media like cinema and TV soaps so as to monitor the trends being captured as they not only reflect but also predict and/or shape what contemporary India is thinking and consuming.

1. We are like that only: Understanding the logic of consumer India, Rama Bijapurkar: https://www.amazon.in/are-Like-That-Only-Understanding/dp/0143065971

6. Dilwale Dulhaniya Le Jayenge (The brave-hearted will take away the bride, 1995): https://www.youtube.com/watch?v=FMNwqMESYoA&index=5&list=PLF68514EA4A9A5DCB 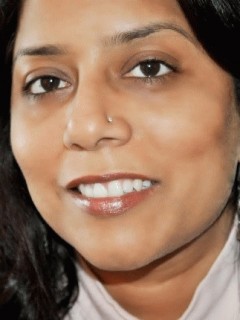 Raji Bonala has over two decades of global experience as a research supplier and buyer. She is Founder Partner at Vox Populi Research in India, where she specialises in helping clients translate macro and micro insights into brand growth. She has presented papers at various international conferences including AQR QRCA conference in Budapest.