Raphael Zak had heard mixed reviews about various presentation options before being pointed in the direction of AQR's Swagger course.

Having made a fairly late transition into research, I've not had a huge amount of experience presenting and identified this as an area I wanted to develop. I'd heard mixed reviews about the various presentation training options out there and wanted something that approached it from a few angles.

When my director forwarded me the link to 'swagger' training my instinct was that, in many ways, I wasn't going to like it. I had images of researchers donning canes, diamante rings and flamboyant suits, finding their inner pimp to the soundtrack of Shaft. All of which ordinarily I wouldn’t mind, but not when some of my colleagues are also attending.

I assumed, correctly, that it would put me way out of my comfort zone and the mention of burlesque also raised significant concerns. Not too long ago, however, I'd made a pact with myself to embrace uncomfortable situations and to absorb the positives they offer.

So, despite every part of me screaming “don't do it Raph, you'll regret it”, really I had no choice. And I was right to drag myself there.

Yes, it made me uncomfortable, yes, I realised my hips move in ways I hadn't thought possible, yes, we got more spiritual than I'd have initially hoped — but after it all I felt invigorated, renewed and positive. Couple this with the fact that I spent most of the day laughing, yes often nervously; I'd say it was well worth it. 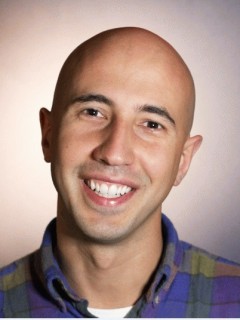 Raphael Zak has been a member of the AQR since 10/2013. Raphael is Director at The Sauce.