Walking into a room full of strangers is never easy but Hannah O'Donoghue has picked up a few tips for ways to make those vital connections easier.

Networking. The dread of having business cards thrust at you while trying to infiltrate stronger-than-steel cliques, being talked at while given facts and figures you’re sure you should be impressed by but don’t quite understand.

As someone who panics about saying “Happy Birthday” to someone, starting a client-facing role as marketing executive for Fuller Research Group has been an experience, to say the least. My initial reaction at having to mingle with my peers at events and exhibitions, and to host conferences, conversing with research professionals? Terror, sleepless nights and no end of sweaty palms! But seven months into my new role, I’ve come to understand the importance of networking, making connections away from the computer and further developing them face-to-face.

Networking is essentially a researcher’s lifeblood and being able to overcome worries like “what’s the best time to arrive?”, “where do I go?” and “what if I have nothing to say?” is vital if you’re to use your time at events wisely. We network to sell ourselves and our company’s services, to showcase what we can offer, or to meet people and add them to our bank of contacts. Being able to refer back to a time when you’ve met someone outside of work is also a great way to get your foot in the door when trying to establish a business relationship.

It’s a great way to make worthwhile leads, to gain advice and assistance from peers in your field with no strings attached and, ultimately, to create awareness of your company and its offerings. Just a few simple tools can help you learn how to use your time more effectively at breakfast meetings, after-work socials and everything in between.

You may have heard of the elevator pitch, summing up your role concisely and impressively, while tailoring your USP to best suit the interaction to hand. This method is invaluable in a networking situation. If you can successfully differentiate yourself from other business people in the room, you’ll be remembered for follow up meetings and referrals, etc.

This may seem cut-throat, but targeting groups and contacts relevant to your aims and capabilities makes sense when you only have an allotted amount of time at an event. By ensuring you know what you want from your networking, you can connect with those likely to be most useful to you and vice versa, engage with positive people, even be one yourself. You become who you associate with!

In her book The FT Guide to Business Networking, Heather Townsend discusses mapping out your ideal network, identifying hubs and building action plans before going along to an event , explaining how this ultimately helps you to focus on achieving your business and career goals.

As you are probably aware, LinkedIn is a great way to keep up with people you meet at networking events, whether now or in the future. As Ariella Coombs states in her blog (www.workitdaily.com/networking-strategy-problems), don’t let your connections gather dust. Check in with people you meet, see whether you have anything to offer them and ensure you ‘nurture your network’.

Next time a relevant networking opportunity arises, make sure to be connection focused, as prepared as you can and remember: while the impact might not be immediate, the continuing effects of networking are significant and long lasting.

Swap worthwhile details
Ensure they have your direct line and/or correct email address.

Follow up
If you make a good connection, don’t let it go to waste. LinkIn, email or call if it seems necessary.

“And what about you?”
On my first networking outings, I struggled to describe my job, what I actually do. Avoid appearing robotic by practicing your answer to this question. Summarise who you are, jot down a few important facts. If you do this prior to an event you’ll be more at ease and avoid a mental blank at the start of a conversation — never a good look.

Name tag dramas
These are constant source of confusion: where should it go? Is it obvious I’m trying not to squint to see what your name is? Do I mention my surname is spelled wrong? By placing your name badge on the upper right of your chest, any potential connections will be able to see your name when shaking hands. And speaking of handshakes…

Go firm or go home
Nobody, and I mean nobody, likes a limp handshake. A firm handshake is not something that comes naturally to me but, by being self-aware and rehearsing it, I (hopefully) give a satisfactory one.

Fake it till you make it
If you work at coming across as confident and knowledgeable, eventually you will be.

Reciprocity without keeping score
Simply stated, this means “What can I do for you without expecting anything in return?”

If we're smart, we surround ourselves with talented people
Try not to socialise mindlessly at a networking event: have a good time but keep in mind those you feel will be most beneficial at a later date.

Give referrals whenever possible
The best networkers believe in the ‘givers gain’ philosophy (what goes around comes around). If I help you, you'll help me and we'll both do better as a result. If you can't give someone a bona fide referral, try to offer some information that might be of interest to them.

Finally, if you don't genuinely attempt to help those you meet, then you are not networking effectively. It may initially be nerve-wracking to approach people in a professional capacity, but by preparing yourself as much as possible for the interaction to be as useful to you as to the other person you really can make the most out of every event you go to. 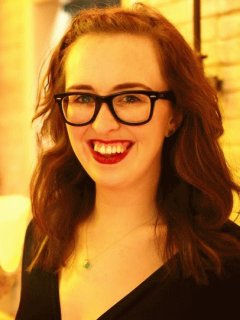 Hannah has worked in the market research industry since leaving university in 2013 and this year has made a change from Recruitment to Marketing Executive for the Fuller Research Group. When she's not planning for this year's Weird & Wonderful World of Field Conference you'll find Hannah dodging carbs (sometimes unsuccessfully) in the gym!