A few little changes, a welcoming email invite, a smiling intro in person, maybe some more music while they wait, can all reassure respondents.

First we were made to feel as uncomfortable as possible. There was none of the usual AQR cheeriness and chatter over breakfast as we were led quite curtly into a red, low-ceilinged room. Our host sat silent in the corner with her eyes on her phone and the rest of us, glancing around, generally followed suit.

We were let in on the ‘joke’ once we moved upstairs — this is what we do to our focus group participants all the time! While we moderators set everything up and greet clients, our respondents often sit in a room of strangers and awkward silence, and apparently they are more likely to be feeling uncomfortable rather than keen and interested.

The second session, on group culture and better listening, showed that respondents feel comfortable when they understand the rules of the group and know what is expected of them, so we swapped the intros that we usually used, talked about how to set the rules, and how to stick to them.

The third session involved looking at some pretty meaty linguistic theory and applying it to help us understand what our participants might be ‘giving away’ about the strength of their feeling when they speak in a certain way. A simple example is that we are naturally inclined to agree with the statement that has gone before, that is, not to rock the boat. If someone disagrees and goes against the grain, you can be pretty sure they really mean what they say. I can say I’ve been paying a bit more attention to how people speak ever since.

A final eye opener was video interviews with research clients, as they described what they appreciate most in a moderator and what they find annoying: it would perhaps be expected that they like us to be friendly and natural, develop a nice rapport and maintain control of our group. They also like it when we know the objectives, of course. A really important thing, however, was clients’ assumption that we can, and will, go off-piste if the discussion warrants it. 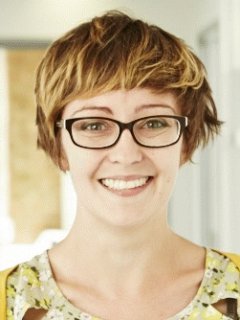 Gill has worked at IFF Research for eight years and specialises in qualitative work involving sensitive subject matter (such as disability, bereavement, health conditions, and research among benefit claimants), as well as research among small and large businesses.