Simon Patterson and Francesca Malpass's paper, 'The Influence of Bill Schlackman on Qualitative Research', provides an insightful account of this pioneer's 37-year career in qual.

Bill Schlackman had his initial and fortuitous encounter with what was then known as Motivational Research a little over 60 years ago. He tells the story that, while working as a delivery boy in New York, he was asked to pick up a package from the Institute for Motivational Research run by Ernest Dichter, the original ‘Depth Boy’, who Vance Packard was so keen to criticise. The name of the company intrigued him so he opened the envelope and read the research report inside. Bill had found his metier!

Nearly 25 years after he retired from the business, the authors’ long overdue, thoroughly researched and thoughtful paper describes Schlackman’s 37-year career in qualitative research. Starting from initial consultancy work for a packaging company, before joining Dichter in New York, he then moved to London, where he set up the Dichter Company, prior to founding Schlackman Research.

Along the way, he undoubtedly became the father of British qualitative research and had a huge influence on those of us fortunate enough to follow him. He championed experimental research design notably in his development of relevant projective and enabling techniques, as well as in his later development of sensitivity panels which the authors astutely compare with online communities. He is also the best moderator of groups that many of the most senior UK qualitative practitioners have ever seen and his written reports were a true inspiration — highly interpretative, but always supported by evidence.

The paper describes in fascinating detail the eclectic theoretical approaches he brought to qualitative research and authentically captures Bill’s tone of voice. Schlackman is one of the few researchers who deservedly had a place in the boardroom of companies with whom worked. His sensitivity, fascination with business, creativity, strategic insight (due perhaps to the fact that, as a young man, he played chess at a very high level) combined with his desire simply to tell people’s stories were extraordinary

The paper by Simon Patterson and Francesca Malpass, "The Influence of Bill Schlackman on Qualitative Research", was originally published in Volume 57 Issue 5 of the International Journal of Market Research. 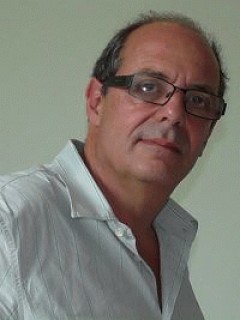 Peter Lovett, a past AQR chair, is a professional quallie with more than 30 years' experience – across 40 countries – managing, conducting, analysing and reporting on projects. He works with manufacturing, pharmaceutical, retail, advertising, higher education, and not-for-profit organisations who appreciate his flexible approach and engagement with projects and participants.