The opportunity to hone your moderating skills can be viewed with trepidation, but AQR offers a non-threatening environment and tutors who've been there and done it all.

I admit to being nervous. Meeting a whole room of new people and the knowledge that I’d have to moderate later on in the day was always going to be a daunting prospect. But then, there were also prickles of excitement.

And for newcomers in the future, my advice would be not to worry. AQR’s Hands on Moderating Course is specifically designed to give those who are moderating virgins the chance to practise in a safe and reassuring environment over the course of a day.

What helped was mixing with the other moderators on arriving at the venue, and learning just how much we had in common. In fact, a number of us had started our careers in similar places. And that’s not to downplay the importance of croissants so early in the morning.

We were introduced to the tutors, and given an outline of how the day would pan out. Then, work started. We were put into pairs for an interview exercise and given projective exercises to prompt ideas on how to make the most of groups.

The afternoon was the part I’d been dreading: moderating a group of four for 20 minutes. The run-up to this session was, unsurprisingly, a little scary and un-nerving, but just two minutes in I experienced not only a sense of relief that my part was up and running, but really started to enjoy it and forget about the pregroup nerves.

If you are thinking about attending in the future and are a little nervous about the prospect — just do it! AQR really does understand the quallie world and gives as much advice (and wonderful horror stories) as you need. I left feeling that mixing with my peers had not only provided me with valuable skills and knowledge, but also acted as a real confidence booster. 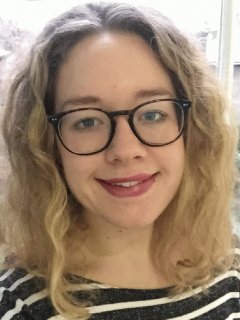 Connie joined See Research as a Research Executive in October 2015 after graduating from the University of York in Sociology with Social Psychology. It was her international fieldwork experience undertaken in Finland that got her interested in Market Research.