Make me an internet star

There was a time when respondents were wary of being filmed – but now they're often disappointed if they're not. We explore the evolving role of video in qual.

It is broadly accepted and documented that the rise of social media and technology over the last 10 years has had a significant impact on qualitative and quantitative research methodologies. Online recruitment and fieldwork have increased along with app-based methodologies. The link between digital advances and consumer research is perhaps to be expected, but what about B2B research? Are we seeing our B2B respondents following the consumer trend or are we dealing with a set of different barriers to engagement?

In the past I have often found B2B respondents to be cautious when sharing thoughts online or being recorded. This is predominantly due to fear of the feedback being leaked and the loss of their competitive edge or the risk of their saying something which may be challenged by peers, leading to loss of personal credibility. We then struggle to recruit some professions (often in markets more stringent about dating sharing) to take part in screen share interview or online communities.

Recently, however, as the use of digital technology spills over from our social lives and into the workplace, its use in research has started to follow. This was particularly apparent during a recent study conducted by Kadence that required farmers to respond to a new concept via a series of screenshare interviews and online activities. In the past, we might have found it difficult to recruit for such a project but professionals in all lines of business are now more familiar with such technology.

This increasing comfort with social media and technology on the part of B2B respondents and consumers has also influenced their attitudes towards filming; something which helps clients by allowing them to see and hear findings ‘straight from the horse’s mouth’.

Then:
"Are you sure this won’t go anywhere?"

Now:
"Can this make me an internet star?"

Traditionally respondents have often been hesitant about being filmed for research, especially as part of ‘vox pops’ inclusions (rather than standard focus group room filming). Despite moderator reassurance that the footage won’t appear elsewhere there has for some time been an underlying suspicion about data leakage and misuse, with respondents anxious that footage of them discussing their beauty routine or their response to a new dog food ad will be seen by millions of people online.

Of late, though, consumer vox pops have been far easier to achieve with respondents, particularly the younger audience. In fact, a recent exercise collecting vox pops in London indicated that the opposite was the case, when a group of young students were disappointed to hear that footage of them discussing their eating habits would stay within the realms of research. Hearing “oh no, but we want to be on the internet” was a change from the usual concerns we hear as qual researchers.

Perhaps the unexpected chance of becoming the next viral superstar like Ella Woodward or Zoella overrides any fear of footage being misused?

As a qualitative researcher, I find this new openness a welcome change but it does make me wonder whether there is a danger that this consumer desire to build up a ‘brand image’ of themselves might lead to different, more complex barriers in future? With ‘personal brand’ taking centre stage, will this warp the essential truths we set out to uncover?

Then:
"I didn’t realise I looked like that on camera"…

Now:
"I see myself all the time, I know what I look like"

In the past I have seen respondents shrink away at the mere idea of being filmed, appearing uncomfortable about being captured on film and perhaps their ‘filmed self’ not looking nor sounding as they think they do.

In recent years, however, respondents (young and old) see themselves on camera daily through Skype, face time, photos and videos collected on mobiles, etc. This has led to increased acceptance — and even nonchalance — in front of the camera, as opposed to the reticence of the past.

But if we go still further forward, will the reliance on filters on photos taken socially result in respondents having higher standards when being filmed during research? Instead of reassuring on confidentiality, will we need to reassure that we will use a flattering filter?

This increasing acceptance of, and ease with social media and technology, led by young consumers, will eventually filter its way throughout all respondent groups. As qualitative researchers this means new and exciting times ahead but undoubtedly some interesting challenges, too. 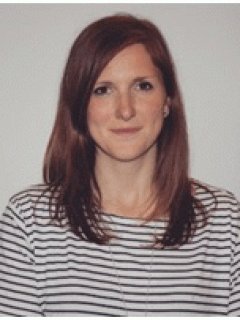 An experienced qualitative researcher who loves traditional focus groups and innovative approaches (online and offline.) and has worked across consumer and B2B studies for a variety of clients. Anna works at Redblue alongside a team of other senior researchers passionate about solving challenges.