Tales from the front line

Talking with people at different ends of the social spectrum is one of the most fascinating parts of being a researcher, but it also highlights how much they have in common.

My head is full of stories. I think of the time a respondent told me he’d spent £1m on his credit card over the last 12 months; I recall awkwardly sitting on the end of the bed in a home in San Francisco as the lady showed me her extensive collection of diamond jewellery.

I also think of interviewing a former soldier about his Post Traumatic Stress because nine men in his company had been shot. My mind lingers on the time I interviewed a man in a Tesco café in Glasgow as he described to me his attempted suicide. The more I go over these research ‘encounters’, the more I realise how much seemingly disparate people have in common.

Interviewing people at the extremes of society — both super wealthy and super poor or disadvantaged, presents unique challenges. Over the last few years, our company has conducted many projects at the margins of society:

They all displayed atypical interview behaviour.

1. Most demonstrated an awareness that they were unusual, or at least with life experiences completely different to the moderator.

To get them talking you need to prove you can understand them: ‘Why should I tell you about being in prison/having a Taliban suicide bomber blow themselves up in-front of me/running a multi-national business/buying a Lamborghini?’ Their assumption is you can’t imagine their life and it will be too hard to explain. It helps if you can demonstrate some understanding (not empathy — no-one wants to be pitied).

2. They are hard to recruit.

Recruiting takes longer, requires confidence building beforehand, a willingness to endlessly reschedule and above all an understanding of what the triggers and barriers to participation are. Respondents have similar concerns:

Is this legitimate research? (If it’s about your diamonds you may fear robbery; if it’s about suicide, your fear is more elemental — the subject is too painful to talk about). To overcome this, you need to provide much more background information on the purpose of the study; including your own details, allowing them to talk to you beforehand or look you up on the web.

What is in it for me? If you are unemployed then receiving an incentive is very motivating. If you are in prison, the prospect of getting out of your cell for an hour relieves boredom and may earn privileges. If you’re rich, the lure is curiosity — learning about people who are similar to you (where are you in the pecking order?), or a validation of your own ego (they want to talk to me!).

3. Extreme wariness and unwillingness to open-up.

The rich fear being judged just as much as the poor do. Admitting you spent £20,000 on a holiday can be as difficult as saying you spent six years in prison for dealing crack cocaine. In both cases, respondents fear judgment — that you won’t understand or will leap to conclusions. In the early stages of interviews, respondents actively test you — probing to see what the reaction is. Only when they feel safe and not judged will they talk.

4. Conversely, respondents can use their life experiences as a form of dominance over the moderator (again, ultimately a defence mechanism).

Interviewing a prisoner alone in a room in Belmarsh Prison, he closed the door, sauntered over and said “It’s lucky I’m only a burglar, not a murderer, otherwise I could kill you.” Sitting in the office of a financier, he tells me he has bought a Ferrari using his credit card because he wanted the quarter of a million loyalty points from the purchase. Talking to a Grande Dame of the Upper East Side in New York, she informs me the interview is taking place in her spare apartment because she is having the main one completely redecorated. In all cases, the intended message is the same — ‘I’m richer/bigger/smarter/more successful/meaner/tougher/scarier than you’. As a moderator, the challenge is to engage, listen, comment, but be neither impressed, shocked nor intimidated — it’s a test.

5. Unexpectedly, across these disparate groups, many displayed similar signs of depression and anxiety.

The stress of either surviving day to day, or conversely of keeping-up with a hyper competitive, affluent peer group can mean that the long-term unemployed and rich executives experience life in similar ways.

In the words of one lawyer: “You can’t play the ‘keeping-up’ game in this town — there’s always someone richer than you.” Stress is stress, regardless of the cause. Consequently, an interview can be very cathartic. Once a respondent feels they can trust you they will often wish to talk and talk. A one hour depth can rapidly become two.

Perhaps, underneath, this shows that despite such differences, we’re all just human.

This article was first published in InBrief magazine, May 2016
Copyright © Association for Qualitative Research, 2016 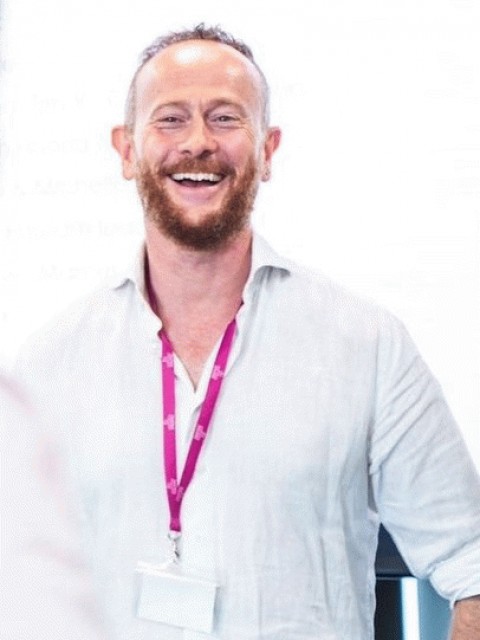 Nick is the MD of Volante Research. He specialises in hard to reach audiences (from the suicidal to common or garden millionaires). His projects could be as diverse as interviewing unemployed steel workers in Sunderland and people who regularly fly on executive jets (which were separate assignments, in case you wondered).