To have or have not

The last few years have been a time of unprecedented change and challenge for local authorities. Tightened budgets have coincided with growing demand, leaving staff pondering a seemingly impossible question: how can we do more with less?

At Revealing Reality — the new name for ESRO — we’ve helped a range of councils come to terms with this conundrum. In the process, we’ve learnt a huge amount — not just about using qualitative insight to drive change, but about our responsibilities to the people we study. More than once, we’ve wondered if research itself hasn’t partly contributed to some of the problems we’ve explored — and if changing elements of our approach isn’t essential to reversing some damaging social trends.

Nowhere are councils’ difficulties more acute than in health and social care, and many of our recent projects have explored how councils can better meet their statutory duties to support society’s most vulnerable — from the unemployed, poor, homeless and illiterate, to the sick, elderly, disabled, bereaved, and those caring for others.

Ostensibly, these groups are hugely diverse. Yet dig a little deeper, and they all have one thing in common. They all lack something, be it money, youth, good health, or some other attribute which might help them become more independent.

In considering services designed to help them, it’s hardly surprising to discover — as we did — that existing systems are specifically configured around the skills, abilities and knowledge which people lack. What’s perhaps less expected is how this focus on ‘deficits’ sometimes achieves precisely the opposite of what’s intended.

While studying the drivers of health-related worklessness in the Wirral, for example, we found many benefit claimants trapped in a cycle of dependency; paralysed by a belief that they were simply not deserving of anything better. In part, of course, this was due to underlying issues — most commonly serious mental health issues or long-term poverty. But it was also clear that many services, rather than promoting recovery, were passively conspiring to reinforce negative attitudes and low self-esteem.

How else were people attending courses like ‘Work and Wellbeing’, ‘Beginners’ IT’, or ‘Dementia Day Care’ meant to feel, if not labelled as inadequate — as having their attention drawn inexorably back to their poor wellbeing, computer illiteracy, or degenerative illness? Likewise the humble sick note, given by healthcare professionals to sign individuals off work and thereby aid recovery, but focusing exclusively on people’s illnesses and what they are restricted from doing.

Why shouldn’t these things also emphasise what an individual is able to do? Why does it have to be all or nothing; what people can’t do rather than what they can?

The point isn’t that people should be strong-armed back to work, or set unrealistic goals; it’s that the design of existing systems compounds the effect of their underlying impediments. Time and again, we encountered vulnerable individuals whose struggle to take steps, however small, towards independence, was at least partly attributable to the shadow cast by existing support services. Rather than making positive decisions and being prepared to have fun, people were actively resisting selfimprovement. Why? Because services had inadvertently persuaded them that it wasn’t in keeping with how incapacitated people ‘should’ behave.

The implications of this are profound. Once we’d identified how the ‘have not’ perspective was eroding people’s belief in their ability to transform their lives, we realised it was also influencing council leaders and frontline staff: reinforcing an entrenched belief that many residents lack autonomy or resilience. By then inspiring excessive paternalism in the design of services, the feedback loop was completing itself to damaging effect; a closed cycle, more vicious than virtuous, built on false assumptions.

As researchers reflecting on this trend, the question which really fascinates us is: why? How is this kind of orthodoxy allowed to take hold in an organisation which would never knowingly create such a counterproductive system?

On the one hand, it would be easy — and tempting — to argue that a lack of research per se is the problem: clients just not asking the right questions about their customers at the right times.

But at the same time this feels disingenuous. As social researchers, we bear some responsibility for shaping how our clients see the world, so don’t we also have to take our share of the blame for the existence of such deep-seated preconceptions?

Our first duty is to reflect back to clients the world as we discover it. To do that fairly, we must make a concerted effort to show clients the whole picture — what’s working and what’s not — regardless of the requirements of any given brief. Even if we’ve been asked solely to uncover a set of barriers — and some clients in the charitable sector, like many Think Tanks, are frankly unapologetic about wanting ‘bad news’ research — it remains essential that we not only diagnose the problems (answering what’s been asked) but search for potential solutions.

If that sounds holier-than-thou or just plain uncommercial, then remember how the impression created over time by research can have a demonstrable influence on end users. In the case of local authorities, where the good intentions of research commissioners are rarely in doubt, it is arguable that decades of helping to normalise ‘deficit-based narratives’ has effectively made us complicit in some of the outcomes affecting vulnerable people today; even to the point of transgressing MRS guidance that ‘researchers shall ensure that participants are not harmed’.

To reverse this trend, we must understand our moral responsibility, when researching deep-seated social problems, to also understand what’s working well. It won’t always be easy. By default, we find it easier to recall the negative than the positive, and the challenge is harder still when the client has a vested interest in accentuating the bad over the good. But with public services feeling the squeeze like never before, and necessity fast becoming the mother of invention, isn’t it time we started seeing this balance as an essential part of what we do — a non-negotiable in our ethical code? 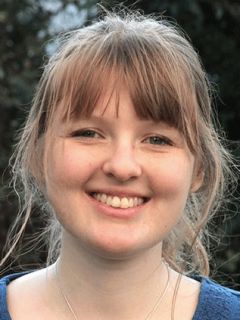 Charlotte Harris is a Senior Researcher at Revealing Reality. As a specialist in place-based ethnography, she has a distinguished track record in service innovation projects for local authorities, as well as strategic development studies for charities. In 2016, she was nominated for LARIA's New Researcher of the Year Award.