More than The Apprentice

Each year the research industry hires thousands of recruits, the vast majority graduates. Here, trainee researcher James Davis talks about why he has chosen an alternative route.

Back in 2015 I was studying Business and Finance at college and absolutely loved it. The next step, though, was daunting. I went to University Open days, seminars about what next, networking events and was offered apprenticeships with recruitment, insurance, sales companies, working for the council, even the possibility of studying at the UEA or London. But nothing was quite right.

That was, until I attended a lecture at college by an experienced market researcher about…market research. I might have been in two minds about attending, but once there I was hooked. The stories were fascinating, the work varied. I arranged to meet the lecturer afterwards in Norwich, and he was able to provide me with work experience on a project for the BBC.

That sealed my fate. Throughout the last few months of college, I worked with the lecturer’s company, held down a job with Wetherspoons, ran my own photography company, and was on a panel for two mystery shopping businesses. It was crazily busy, but I loved it.

I was offered an apprenticeship at Atticus Research in the summer of 2015 which enabled me to work full time, study for two qualifications, and accrue no debt. It was a no brainer decision and, a year down the line, I have no regrets. None, that is, apart from a slight niggle about missing the social side of university. But then, when I catch up with friends, they all mention how fascinating my work is and that they would prefer to swap roles. Having said that, I do get told off sometimes as I try to become the ‘moderator’ of the group, and they have to remind me I’m not at work.

I know I’m not the only apprentice around but I think the market research industry would attract even more if schools made maths more relevant and introduced research as a career option. I struggled, but left having achieved a C in Maths at GCSE level, with a good understanding of Pythagoras’ theorem but knowing nothing about managing finances.

It was my interest in business and the finance industry that led me to study this at college, where I got to learn about the ‘real world’ and put this learning into practice. Yet before this I had never heard about market research as a possible career path. I had studied business at school and it was never mentioned here either, despite the vital role it plays. Surely it should be a standard part of any business course, and incorporated into education (particularly business studies) at an earlier age? I could so easily have missed my chance to work in research.

I did have pre-conceptions about the industry beforehand, as what you see on The Apprentice, for example, generally consists of candidates running up to someone in a train station asking them “how much do you love my product?” My alternative vision was of someone standing on a street with a clipboard — so that initial lecture completely challenged my perception of market research.

What do I bring to the party?

I hope I bring fresh and innovative ideas to the business, and constantly ask questions. For example, when reading debrief presentations written by other team members I try to put myself in the client’s shoes and ask pertinent questions, which helps them prepare for the real thing. Also, recently I designed a new debrief template that includes visuals and has a much more professional feel. This was liked and has now gone into circulation.

I also suggested making use of the internet to gather answers from our pre-task questionnaires. Currently, this consisted of us sending out word documents (which many weren’t able to open) or posting this to participants. Instead I initiated a new online tool that would allow us to design questionnaires that could be accessed by respondents from a web link. They could enter their results which would come back to us in live time. It also collects all the data together so that we can provide this as an output for the client, who has it before further research.

Graduates currently outnumber apprentices massively in market research, but this could be short-sighted on the part of the industry. There is at least anecdotal evidence that those starting without a degree stay longer at their first job and contribute more. So what should a company thinking about offering work experience do?

I can only thank my lucky stars that I went to the right lecture at the right time. Research is challenging, but a fantastic industry to be part of and extremely rewarding! I stumbled across it, as many do, but few regret it. 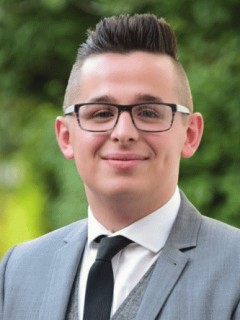 James is a trainee researcher with Atticus Research, a qual agency specialising in creative techniques and behavioural insights. He is passionate about qualitative research and is rapidly building core skills in project design, analysis, moderating and presenting. James feels he has combined his love of socialising, learning, behavioural economics and business and found his perfect job in research.