Just who are we?

There's a tendency to take social media for granted, or to dismiss its relevance over time, but is this because we have not yet tapped the full potential of communities?

If you’re of my age, you’ll remember a time when social media didn’t exist, have seen the rise and demise of various platforms, and witnessed how its use has steadily changed. As researchers, social media data streams provide a fascinating insight into people’s thoughts and feelings that otherwise we would have little access to. Until recently, understanding consumers in such detail would have been impossible.

Yet, again showing my age, I felt social media was starting to irrelevant to me and who I am. There are only so many photos of people living wonderful lives who don’t look ludicrously tired and surrounded by dirty nappies you can take before starting to lose interest.

My relationship with social media — Facebook in particular — changed at the start of the year though. Being a bit of a closet 80s toy collector, I stumbled upon a vintage Star Wars group for buying, selling and general chat. I’d found a group (and now many groups) of individuals with a common interest.

The kindness of strangers

Huge numbers of similar communities of interest exist: for parenting; for business; for surfers; for foodies; and observing them has reaffirmed one thing for me, being online seems to bring out both the best and worst of people. The most extreme example of this is the odd fraudulent seller groups attract: they are out there, and will rip off these trusting Star Wars fanatics. What’s interesting, though, is what happens when something goes wrong.

Recently someone mentioned they had bought a £550 item, paid via friends and family through PayPal (so, no buyer protection) and, two months and various messages later, still no item. What ensued was a mix of counselling and detective work among members, with information being found on his address, family members and friends in common. Over 250 group members inputted on the thread in some way, resulting in the money being returned. The sense of injustice was felt by all, mobilising the community to act. We might talk about the breaking up of geographical communities, but this non-geographic community spirit was still very much alive.

So it’s not all nasty people out there, trolling and ripping others off. There’s a niceness about these communities, too. Genuine friendships are forged with complete strangers, based purely on a common interest, and acts of kindness generated — just for the sake of it. Group members will often send random gifts to one another, or despatch something for free when another member is after the item. These are close bonds, made with people across the country with whom, in day-to-day lives, there would be little chance of ever meeting.

These situations (and many similar) make me wonder why social media enables people to behave in a way they might not as a rule. I don’t go down the street threatening people, or trying to rob them. Likewise I don’t go handing out tenners or talking to strangers. I’d imagine many people are like me in this respect in the real world, but this is exactly what can happen online. There’s something about its anonymity that makes it acceptable to be both better and worse. Does online just allow a forum for the extremes of society, or is it just allowing us all to show a bit more of who we are than we might in the physical world, when we’re more guarded?

But my Star Wars group with its 7,000-odd members who are generally similar to me — male, in their 30s and 40s, a bit geeky — has given me another gift, an unintended by-product of their drifting off-topic, as happens sometimes. Living in the London bubble (as many of us researchers do) it was easy to think, just talking to my friends, that the ‘leave’ campaign was in for a shoeing when it came round to voting day in the EU Referendum. However, based on the number and intensity of comments and responses generated in the Star Wars group, I knew we were in trouble.

There were lots of comments from people around the country with strong views on the ‘leave’ side, but by contrast not nearly so many sticking up for ‘remain’, from a sample in many respects similar to me. Had I not seen that, and based my assessment of the outcome solely on my friends (all of who are similar ages to those in the online group), I’d have been pretty convinced that 99% of the population would vote to remain.

Being unconnected physically allowed for a more open and honest discussion than I would have expected, and, just as importantly, the fact that the group was non-geographical allowed me a non-localised insight into sentiment which was more in tune with how the nation was feeling.

Perhaps the pollsters should simply put the opinion polls to Facebook groups in order to avoid falling prey to the false consensus effect.

So as I age, social media has shifted for me. It’s made me realise that its power lies in what we can learn about others outside of our own circles. There’s an honesty it encourages that, if we can breach the façade of perfect Instagram pouts and status updates of how wonderful everything is, can tell us a lot as researchers. It offers a window into more open, honest and extreme discussions, views and behaviours. I’m not sure that I’ve yet worked out how best to use groups, but with seemingly endless numbers available, each with thousands of members, their potential is huge. 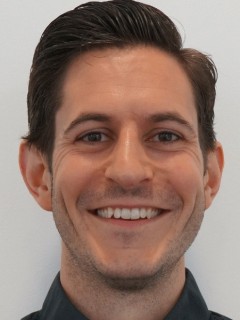