Ah, analysis. I’m willing to bet that for most qualitative researchers, it’s the bit we look forward to. Whether you’re a ‘printed-transcripts-with-highlighters’ quallie, or a ‘post-it-notes-collage’ one, it’s where the exciting moments happen, where all that hard work in the field pays off. But in January this year, things weren’t that simple. I found myself with a data set which my traditional techniques simply couldn’t cope with.

Over Christmas I ran a piece of work which used mobile capture to pull in Christmas shopping experiences, to understand the retail and marketing journey. Because of the nature of what we were trying to understand, we’d gone big. We’re talking 160 participants, four weeks of shopping, and nearly 60 separate tasks.

The size of the data required Roald Dahl style descriptions, it was ginormassive, it was hugantic. It was too much for my one analytical brain to manage. It looked chaotic, impossible to understand, but we had a deadline and we had to make sense of it.

It seemed an impossible task, everyone did something different, contradictory and confusing. What about a linear, or even cyclical shopper journey? We tried, it just didn’t describe the situation properly, and everything seemed so random. No, we tried something different, often described as the sworn enemy of qual. We looked to maths.

Not just any kind of maths, non-linear dynamics, more snappily known as Chaos Theory. Ten years ago, I was switched on to non-linear dynamics and systems theory. What I loved about it was that it felt like you were getting under the bonnet of the world to see how everything worked, from leaf structure to the weather. I’m not a mathematician, but it provides some powerful metaphors to understand complex and chaotic behaviours, and what could be more complex and chaotic than Christmas Shopping.

So what did Chaos Theory tell me in this situation? First of all, that there were likely to be what are called ‘strange attractors’ within the data, centres of gravity which behaviour swirls around, forming complex patterns (see figures 1 and 2). The key thing with these strange attractors is that they are the only stable point in a chaotic system. Trying to understand a person is impossible; their movement is chaotic and ever-changing. But you can identify the points that they are drawn to and what they represent.

In order to find the attractors, we needed to make use of maths to help us look for patterns by analysing the data as a whole. We used a tool called Textexture, a nonlinear text analytics tool, to show us the shape of the data.

Sure enough, the data seemed to be drawn around four points, four differing motivations which buyers circled around as they moved through their shopping journey. Once we’d identified these nonlinear ‘strange attractors’, everything started to make sense, we began to see the data differently, watching people shift between motivations.

Secondly, Chaos Theory holds that a simple mechanism can create complex behaviours. So rather than creating a long list of drivers and barriers, we looked at our attractors and the movement between them, and created a behavioural equation based on game theory. The equation had three simple parts, three qualitative values which would interact with each other to affect motivations, brand choice and retailer preference.

These two parts, the motivational ‘strange attractors’, and the simple behavioural equation were the two parts that our client found valuable. It allowed them to work with us to identify strategies, how we could tip the equation in their favour, and how we could draw people towards the most commercially valuable motivations. It was simple, clear and they could see the market as a system that they could manipulate. Mathematics had helped us to do good qualitative research. Weird.

Of course, I’m not the first person to do this. Gomm and Hammersely (2001) argue for a different style of qualitative based on Chaos Theory, ‘thin’ simple qual rather than ‘thick’ ethnographic style qual. Sprott (2004) experimented with using attractors to understand romantic relationships, unfortunately they haven’t solved that one yet.

In market research, we always talk about non-linear analysis, and yet where I do most work — in user and service research — user journeys are almost always linear. With new analytical tools that let us look at things in a holistic, non-linear way, we can now do analysis which works in a way our brains cannot. I’m sure many of you reading this have used similar approaches, but what I’ve never seen so far is anyone codify this style of analysis. I believe there are four important lessons we can learn from Chaos Theory:

1. When trying to understand things in a logical, linear way doesn’t seem to fit, try thinking in terms of attractors. Try seeing behaviour spiralling towards a point, or a chaotic pattern weaving between a series of strange attractors. Imagine understanding a service experience as a nonlinear path through needs, or brand consideration between associations.

2. Look for simple mechanics that can create complex behaviour. Human beings are complicated yes, but sometimes it’s about pushing ourselves to consider the minimum number of elements that could drive behaviour. Think in terms of equations and systems, consider when a pattern shifts and look for what it was that tipped it over.

3. Patterns only come out of big data sets, don’t be afraid of pushing the limits. Using technology such as mobile qualitative, social media mining, or just good old fashioned desk research we can pull in vast data sets. Yes, depth gets us new insights, but also consider Gomm and Hammersely’s ‘thin’ qualitative as an alternative to the wisdom that you only get new insights by going deeper.

4. Explore analytical technologies. We used Textexture as well as old classics like logarithmic word clouds and hierarchical structuring. These tools are no substitute for a smart researcher, but they help you handle large datasets and see the patterns that are beyond our perceptual limits.

Those who know me, know I’m never going to give up post-its. I’m still a fan of traditional analysis and equally, I’m not giving up user journeys anytime soon. But I do think the more tools you have, the more situations you can handle. And bringing a little order to chaos is never a bad thing in our line of work.

This article was first published in InDepth magazine, May 2017
Copyright © Association for Qualitative Research, 2017 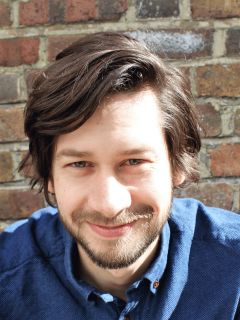 Riki Neill has worked in Market Research for over ten years, starting at GfK NOP and Face, he now shares his time between Pulsar and as a freelance researcher. His background is in interaction and experience design, qualitative research and cross-category innovation.