This year's AGM was a tense affair with eight slots on the Board up for grabs, but it also proved an informal opportunity for networking in salubrious surroundings.

Situated along the long leafy border of Regents Park, nestled among the elegant white stucco terraces, is the concrete monstrosity that is the Royal College of Physicians. Resembling a giant, upside down, grey Lego wedding cake on stilts, the interior was much easier on the eye. It was a similar venue to other Royal Colleges of Medicine that seem to do well from market research parties, but lacked (for better or worse) the spleens and mammal foetuses in jars of the Hunterian Museum at the Royal College of Surgeons. We had a spacious meeting room with huge sliding windows opening (closed in this case) onto a sun (rain?) terrace.

This was my second AQR AGM and summer party so I’m sharing my experience of it as a relative newbie. Compared to previous experiences of AGMs generally the meeting seemed informal in setup. It started with delegates in various stages of sitting, standing, drinking, and nibbling. But order quickly followed and the AGM was completed succinctly and without undue delay to the informalities to follow. Simon Patterson’s Chairman’s report was to the point and laden with recognition of the successes of the year, and heartfelt thankyous (two in some cases) to the key collaborators.

After the vote, drinks flowed and the traditional trays of tiny food were presented. Delicious and plentiful but somewhat over fish biased for the taste of a pescaphobic colleague. The highlight was dessert — a miniature pavlova, impossible to eat with any dignity but enjoyable nonetheless. Disappointingly, uncollected badges at reception pointed to a number of ‘no shows’. Not an ideal situation when catering for fixed numbers, or when there’s a waiting list, but it meant more than enough room and booze for those who did attend.

Overall a thoroughly enjoyable evening with great food, drink and opportunities to network, catch up with old friends,and make new ones. The AGM part was personal and informal and not at all heavy going, as AGMs are often feared to be. I must make a note in the diary of the next one. 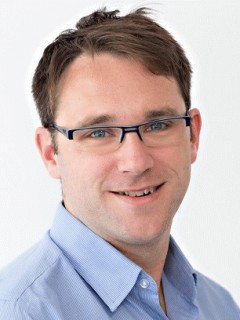 Tom is a director at Viewpoint and has worked there for 16 years. His experience covers both quant and qual fieldwork and he has particular expertise with usability studies and entertainment research. He enjoys messing around building bikes and brewing beer.