In this, the last of the AQR Prosper Riley-Smith Qualitative Excellence Award 2017 finalists' articles, we learn how qual helped harness cricket fans' emotions and grow the sport.

The background and brief

Securing sports rights has become increasingly competitive, particularly for established players like Sky Sports. It has never been more important for the business, whether facing threats from big rivals like BT Sport or more agile entrants such as Amazon, to keep abreast of what really matters to sports fans so as to set itself apart from the competition.

When the Sky Sports team approached us in the summer of 2017, they were facing a key challenge. Having missed out on cricket rights for the upcoming Ashes series in Australia to BT Sport, the time had come for the team to re-pitch to the English Cricket Board (ECB) to secure rights to all upcoming England cricket series, as well as a new T20 competition, until 2020.

The ECB needed to partner with someone it could trust to not only deliver on-screen excellence, but someone who would also help the series and the new competition evolve and grow its brand/the sport from a participation perspective.

Our task and our approach

To not only deliver influential insight and material for Sky Sports’ final pitch to the ECB, but also an experience that would truly embed the views, voices and emotions of cricket fans into the pitch strategy. Given the diverse requirements of the Sky Sports team, we adopted a multi-method approach, combining:

1: In-home video ethnography
The insight-led methodology centred on in-home depth interviews and ethnography. We sent a film crew and interviewers out to homes of cricket fans across the UK. Key segments were split out by their claimed level of interest in cricket, sorting ‘loyalists’ from ‘occasionals.’ Parents and children were included to capture the reality of cricket consumption and engagement across the household.

We didn’t just spend quality time capturing insight into their feelings, perceptions and attitudes towards both cricket and Sky Sports; we spent time in their back gardens, driveways, trophy cupboards; anywhere and everywhere cricket might conceivably be played, watched, or spoken about in their homes.

These insights were brought to life in a series of pen portrait videos.

2: An Interactive experience
Next, we brought Sky Sports and cricket fans together. We devised an ideation session with a difference. Carefully organised to coincide with a one-day England international, respondents and members of the Sky Sports team bonded over live coverage of the match; breaking down barriers.

All attendees were then split out across tables, sorted by ECB Segment. They worked together to tackle the ECB’s primary challenge: how do we keep cricket relevant to all? We set the context as two different sets of people (customers and Sky staff) to work towards solving a problem for a third party (the ECB), effectively providing a common goal both were invested in.

We delved deeper, understanding what truly matters to cricket fans. Customers and prospective audiences were no longer numbers on a page. They were living, breathing people with their own emotions, experiences and attitudes towards cricket that were calling out to be better understood.

We brought to life key differences between segments
The supporting video ethnography highlighted differences in a simple way. We captured a middle-class family playing with great formality while those of lower affluence made do with a driveway, a car as a fielder and a dustbin as wickets. Younger fans showed a thirst for big hits and off-field antics while their parents tended to hold more traditionalist values.

We broke down barriers
All too often in the world of sports rights, animosity can breed
between rights holders and fans — especially as content disappears
behind pay walls. However, allowing both sides to bond over a
mutual interest (it helped England go on to win the match!), we
were able to break down these barriers.

We broadened the perceived remit of qualitative research
We were able to push the envelope of qualitative thinking beyond insight delivery and delve into the realms of experiential with our collaborative, immersive approach; effectively bringing the needs of the target audience to life, turning them from numbers on a page to something more tangible.

But most importantly…
The impact of these efforts was undeniable: the Sky Sports team was triumphant in its pitch to the ECB and will be the home of cricket in the UK until 2020. Jonathan Licht, Director of Sky Sports Strategy, remarked: “The materials we were able to use from the sessions were absolutely perfect, in terms of themes and understanding of our target audiences.”

Ben Joyner, Head of Sky Sports Strategy concluded: “The qual team’s approach of including customers as part of our ECB pitch (in reference to the impact of physically interacting with customers) was different, innovative and an important part of demonstrating how we understood the needs, emotions and feelings of cricket fans and how we could ultimately work with the ECB on delivering a great cricket experience for fans.” 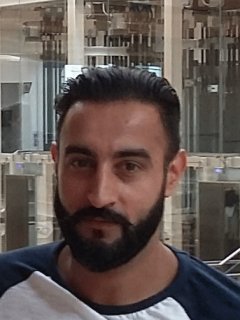 Gurpinder has over 12 years of research experience. He's passionate about doing great research embracing a variety of new and traditional tools and techniques. He enjoys working with stakeholders to craft solutions based around delivering actionable insights.