Evidence from the Home Office Citizenship Survey revealed that many black and Asian people expect to be treated 'worse than others' because of their ethnicity or race. But why?

I was asked a range of questions around discrimination that went way beyond simply measuring people's 'attitudes, and to explore some of the issues, we conducted 120 face-to-face interviews with black or Asian people whose recruitment was based on strict interlocking quotas. Among other approaches, we created a bespoke projective technique: vignettes describing scenarios where a black or Asian person is in contact with public services. The scenarios were designed specifically to be ‘ambiguous’ with respect to racial discrimination, so that respondents’ reactions would indicate their understanding of and sensitivity to racism. Here’s an example:

What did we find?

Importantly, they can invoke factual examples to support their views. This demonstrates that black and Asian people are not invested in the idea that people are simply racist. Their perceptions are not disconnected from reality. They are responsive to change.

The social psychology of perception

We found some common social psychological mechanisms shared by people who either expected to be discriminated against or treated fairly.

A key differentiating factor is the extent to which interviewees’ self-concept was based mainly on a personal identity (through their individual attributes) or on a social identity (through strong identification with a national, ethnic, racial or religious group). Another important factor was whether people fundamentally perceived the world as ‘just’ or not. Some people argued that individuals are responsible for their own actions. In a broadly fair world, the assumption is that people get what they deserve.

These interviewees, therefore, believed it is the deficiencies of black and Asian people themselves, not discrimination, that cause inequalities. You might say they ‘blame the victim’. Others believe that the world is inherently unjust: there are structures, processes, attitudes and behaviours that make it more difficult for black and Asian people to do well. They are more likely to think that things happen to them outside of their own control, and to ‘blame the system’, not the victim, for inequalities.

And finally, some people thought of racial discrimination almost exclusively in personal, interactional terms and only perceived racism when it was blatant; they based their perceptions primarily on personal experiences. Unless and until they personally experienced overtly racist behaviour, they assumed that they would be treated fairly.

Others thought about racial discrimination not only in terms of individual attitudes and behaviours, but also as organisational processes and structures which can lead to the neglect, unfair treatment or exclusion of people from ethnic minority backgrounds. They drew on a range of sources of knowledge, which usually combined personal and vicarious experiences, media coverage and, in some cases, academic studies/policy reports. They could reference specific examples.

The study identified clear segments and personas associated with these perceptions of racial discrimination. It also demonstrated how these shaped expectations of discrimination in different public services.

For all its complexity, though, the study’s main conclusion was simple: black and Asian people are not prone to perceive racism, regardless. If anything, they are likely to underestimate the extent to which racial discrimination exists. So, when people say they feel treated unfairly, we should pay attention and not dismiss it lightly. People do not ‘play the race card’, by and large. That was my message to the senior civil servants from eight government departments at the debrief.

This simple insight galvanised government to implement most of the suggestions made by interviewees which, over time, led to a significant reduction in the percentage of black and Asian people who expect to be treated worse than others because of their race or ethnicity, as measured by the Citizenship Survey. 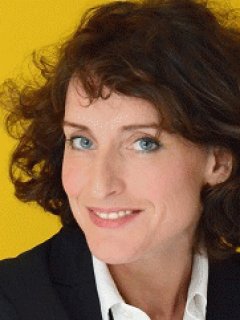 Marie-Claude is a social and market researcher, with 15 years' experience in delivering research for government departments, local authorities, charities and some of the world's largest companies. She specialises in giving a voice to seldom heard citizens through online research communities.