Eyes Wide Open broke new ground for AQR, attracting speakers and an audience that looked beyond the traditional fare of forums.

As a planner I love a diagram. The one I return to most shows simply two arrows, joined at the bottom, diverging in directions that will never meet. One arrow is labelled ‘reality’, the other "expectation". And the gap between the two, widening like a lion’s yawn? That’s where stress and anxiety comes in. The further removed our expectations are from our reality, the greater our sense of not being good enough.

The ridiculously stimulating evening, with an atmosphere somewhere between academic lecture, girls night out and group therapy, was opened by Daniel Meadows, a documentarist who has been capturing ‘extraordinary aspects of ordinary life’ since the 1970s, Meadows’ films and photography have caught the imagination of fashion brands including Burberry.

Simon Shaw of Trinity McQueen and Nikki Lavoie of MindSpark Research International looked at how the clothes we wear reflect an evolving relationship with gender. Why do the guys on Love Island look the way they do, all Popeye muscles and skintight clothes? Their ‘Hyper-masculinity’ is a response to a world with less need for traditional masculine traits. And why are cartoonish curves and mermaid hair increasingly popular among women?

Caryn Franklin MBE, primetime broadcaster, fashion commentator and activist, gave the evening’s keynote: a masterful analysis of fashion imagery that too often portrays women as sexual objects, rather than whole people. If ‘Selfhood’ is ‘the integrity of active doing and being’, too often we see women portrayed without agency: with devastating impact on women’s sense of worth. Franklin did not just throw a light on the problem, she showed us there’s another way. And she issued a call to arms: "it’s an ethical imperative to redress how we are portrayed".

Dr Nick Gadsby of The Answer wrapped up the evening with an incisive look at the construction of self in our connected and imageled world. As social media influencers oscillate between the authentic and the artificial, does the "self" sit somewhere in the middle? It is the "work" we put in that is now shared and celebrated. 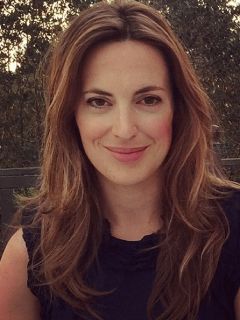