Does virtual reality have the power to amplify our understanding of attitudes, behaviours and motivations in research? Shakespeare has the answer.

We consider virtual reality (VR) a recent phenomenon, but the representation of real life through other mediums, such as art and drama, has been discussed since Plato and Aristotle’s time. So, the opportunity to compare the emotional engagement of three very different experiences of the same Shakespeare play provided not only useful insights for The Royal Shakespeare Company (RSC) in re-imagining what theatre could look like in the future, but also invaluable learnings for us as researchers. And what better play to choose than Titus Andronicus, Shakespeare’s most gory revenge tragedy?

In this study, participants were recruited and randomly allocated to one of three conditions: 1) theatre viewing, 2) live to cinema viewing and 3) 360 VR immersive viewing. All were fitted with a heart rate monitor for the performance, which provided a biometric measure of emotional engagement. Immediately after, a short exit interview was completed which included spontaneous video feedback and then a few explicit and implicit questions. Text and voice analytics were used to understand spontaneous reactions and emotional sentiment.

One of the most notable learnings was how well participants tolerated the 360 VR video experience. Contrary to expectations, and given that they were told that they could leave at any point, all participants in this cell watched the full performance of just over three hours while wearing the HTC Vive headsets (participants ranged from 20 to 80 years). Two-thirds stated that they would consider VR as a way to experience theatre in the future. Heartrate data analysis showed that the number of times it peaked (more than two standard deviations) above the individual average was comparable across all three test cells. Verbatim feedback analysis (captured post-performance) demonstrated, however, that overall, the VR experience was more closely aligned to live theatre than cinema was to theatre.

In VR, there were more moments when participants felt that they were at the theatre (9 in every 10) than the cinema experience (twothirds). The duration of this sensation was also longer for VR than cinema. Verbatim comment analysis revealed that theatre and VR were perceived as more shocking and gripping, suggesting the experience was perhaps more visceral than in cinema. We hypothesised that this was because people are more desensitised to violence in a cinema setting.

This study (in which Gorilla in the Room provided VR expertise and support) also demonstrated VR's potential for the research industry to immerse people in what feel like real-life situations, the better to observe, understand intuitive reactions and predict behaviour. VR enables us to test at a quantitative level environments and elements within those environments which don’t currently exist in the real world, be this airport terminals, train stations, banks or passport control systems. Layout, signage and important points of interaction can be quickly evaluated, optimised and re-evaluated with significant time and cost savings before any construction work commences.

Potential FMCG applications are just as valuable: testing and evaluating store layout and flow; optimising shelf fixtures; maximising impact of point-of-sale and promotional material and being able quickly to test new packaging design and concepts in a competitive context. VR also potentially has a central role in testing out-of-home advertising by superimposing campaigns on to existing walk through videos of real street scenes. If we layer on top of this the ability to incorporate biometrics such as eye-tracking, galvanic skin response or heart rate monitoring, VR becomes even more invaluable. We can understand where people look, what they see, how long they spend looking at each area and how they respond, whether they notice promotions or signage and how this may impact a choice decision.

VR is, however, not without barriers, and the investment in time and money necessary to create high quality environments from scratch is often cited as a major challenge. Hardware to deliver these will need to be budgeted for, and beyond that, a sum set aside to recruit participants who are willing to travel to a central location for the testing. There are, though, more accessible solutions which can be used at a quantitative level without significant investment. These include using 360 VR video to take people through an experience/ environment (rather than fully interactive VR environments) and the delivery of these via a mobile inserted into ‘Google Cardboard’, sent to participants’ homes for use. The level of investment, however, is all related to the experience’s quality and reality.

The RSC study has demonstrated VR’s power to truly transport people into environments such that they feel they are ‘there’. Technology will take us further. The sense of smell is already being incorporated by some into VR study environments, but the final frontier will be mastering touch/haptics. This will be the most difficult human sense to trick due to the complexity and multi-faceted nature of how we perceive texture, weight and vibration.

With other technological developments such as artificial intelligence (AI) we will be able to test sensitive issues, such as the interaction between health practitioner and their patients, by incorporating intelligent bot interviewing. The blurring of VR and augmented reality (AR) to create mixed reality experiences where real and virtual worlds start to blend is not so far off. Finally, the development of VR and AR for mobile and the introduction of lightweight glasses with head-up display will allow for widespread adoption and usage, so virtual may become more of a daily reality. 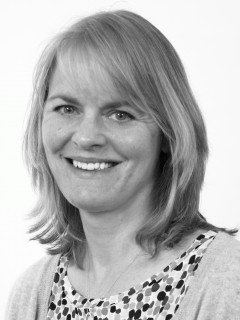 A PhD in Psychology looking at context effects in preference & choice, followed a BSc (Hons) degree in Applied Consumer Science. Pippa started her career in academia at the Institute of Food Research in 1993 but a passion for applying sound scientific principles to commercial research led Pippa to move agency side in 1997. Pippa is how head of Innovation at Ipsos MORI and is on a constant mission to uncover new and better ways to access reality and provide valid and actionable insights to clients.