Triggers of a mobile revolution

This is the question Basis sought to answer in a study looking at mobile internet perceptions for GSMA, the trade body that represents the interests of mobile network operators (MNOs) worldwide, in India, Pakistan, Bangladesh and Sri Lanka.

Previous research has identified the South-Asian region as one where specific parts of the population were lagging behind on mobile internet adoption, even though 3G coverage is widely available, and individuals often have the potential means to afford data. Specifically, it outlined a wide gender gap in mobile internet usage, with women being far more likely to be locked out of the socioeconomic benefits internet access can bring.

As well as being a hugely important social and development issue, this also represented a missed opportunity for MNOs in the region. Thus, there was also a strong commercial imperative to understand how to increase uptake of mobile internet by these currently untapped audiences. We therefore set out to uncover the barriers to adoption experience by potential users; as well as the benefits of, and triggers to, mobile internet adoption.

Due to the size of the challenge at hand, an extensive scoping phase was conducted prior to the fieldwork. Key Informant Interviews were held with academics, regional experts (including BBC Media Action), and local MNOs to grasp the structural and cultural contexts. Additionally, to ensure practical issues were also grasped at on-street level, semi-structured interviews with sellers of mobile top-up cards and handsets were conducted in each market.

A qualitative research approach to this challenge was chosen, due to the depth of understanding required, across multiple facets of the research topic. We sought to extricate current perceptions of internet and what it represents, evaluate understanding of different internet services and what benefits they could bring, uncovering specific motivations and triggers to adopt, while unpicking the gender norms at play.

Collecting insights from both sides of the Adoption Point

In order to build actionable recommendations, it was crucial to differentiate between benefits of internet use, and specific adoption triggers. What a long-term data user most enjoys about her internet usage is often different to the motivations leading to a non-user adopting. The sensitive nature of the topics covered, and the varied reality of what gaining internet access truly means in the multiple local contexts also called for a research approach where the sessions are based on materials that are truly authentic and relatable to the target. Potential benefits presented to nonusers needed to be framed in a way this audience would understand, which required a deep understanding of contextual internet usage and language.

This, for us, meant conducting sessions with users and non-users of mobile internet, to reflect internet experiences and emotions of those in comparable circumstances and isolate adoption of mobile internet as the only key differentiator between the two audiences. Using adopters’ own words as stimulus with non-users in order to help them grasp relatable benefits, despite low digital literacy, was a radical and innovative way to ensure the research provided the GSMA with the necessary tools to understand and drive mobile internet adoption in a locally relevant way.

Identifying the right tools for MNOs to enable positive change

Findings of this research were specifically framed to provide actionable recommendations for local MNOs to use when building future solutions and services to drive uptake of mobile internet, while also identifying underlying themes and opportunities in the region. Basis and the GSMA collaborated closely to create the right tools. The GSMA team then ran activation workshops on the findings in each research market, to help industry stakeholders identify concrete actions and initiatives they could undertake. The findings were also presented at global events including Mobile World Congress, attended by the head of UN Women and CEOs of dozens of major MNOs.

The impact of this study has been, and continues to be, significant. The findings of the research were shared with a large number of regional stakeholders, receiving hugely positive feedback, and prompted action by a number of MNOs across the markets covered:

In India:
Findings led to the development of a number of products aimed at addressing barriers identified through the study, including affordability and perceived risks of internet use. Follow-up studies inspired by the findings were also conducted.

In Bangladesh:
A major local operator has launched a service to address online safety concerns identified in the research, as well as initiatives to reduce the cost barriers disproportionately impacting on women.

Wider reach:
The GSMA authored, published and promoted a report of the findings that has been widely read by a range of influential organisations (including the United Nations), and accessed/downloaded over 500 times in the first eight months. 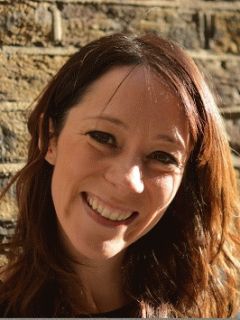 Charlotte is the Head of Qualitative at Basis Research. She started as a graduate at Basis in 2003 and is now a Board Member as well as one of the co-owners of the business.