Not so much Alchemy as a rip-roaring webinar with Rory Sutherland exploring, with Nick Southgate, such topics as the limitations of Big Data and 'post'-rationalisation.

When I saw that AQR had lined up a webinar featuring an interview with Rory Sutherland in conversation with Nick Southgate, I knew I had to clear an hour in my diary. Rory is a fearless grappler with sacred cows, and engages his audience with an irresistible combination of erudition, irreverence and sheer enthusiasm.

The subject for discussion was how the nonsensical or, as Rory would have it, non-sensical can add value in business and how qualitative research can contribute. Who could resist this appeal to allow imagination its rightful and powerful place in our working lives?

The discussion riffed on the need to suspect logical explanations and to have the freedom to explore and use the counter-intuitive. In support of his 'non-sense' programme, Rory marshalled evidence ranging from the 'Whopper Detour' (an utterly bonkers Burger King promotional campaign) to the work of academics, such as evolutionary biologist Robert Trivers.

Most convincingly, however, he deployed Dan Sperber and Hugo Mercier's The Enigma of Reason, in which reason is construed as a human attribute that evolved to explain and defend our actions, rather than being their motivating origin. It seems that the 'post' in 'post-rationalisation' is redundant, and Nick coined the term 'preemptive post-rationalisation' to cover those who like to get their justification in first.

When the discussion turned to the limitations of 'big data,' my qualitative researcher's heart was gladdened as Rory pronounced it devoid of context and meaning, and as presenting a naïve view of human behaviour. By inference, qualitative researchers should be helping to mitigate this naïve and incomplete view of the world. Are we?

Are we as sensitive to the possibility of counterintuitive explanations for behaviours as we could be? We need to sell in this type of insight to clients whose organisations may have grown to such a size that process is privileged over inspiration and creativity, courtesy of the influence of finance specialists, whose view of the world favours the logical and linear. I left the meeting resolved to overcome process, armed with powerful arguments. 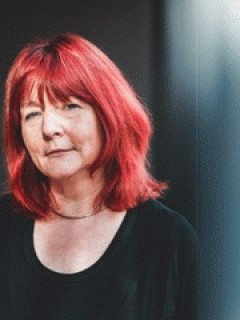 Marie Harrison is a partner in Consortium, a specialist qualitative healthcare market research agency. Like the elephant's child, she is full of 'satiable curiosities' and her interests range from behavioural science to obsolete languages, medieval and early modern literature.