Every day is different

The Nursery has, over the last twenty years, built up a considerable experience in recruitment campaigns, whether for the police, the teaching profession or the armed services. The current campaign, though, to recruit care workers was one of the most challenging.

As you might imagine, there are some formidable barriers to consideration. It is a career that is under-paid and under-valued. At any one time there are around 110,000 care vacancies across England and without concerted action the problem will only get worse as the population ages.

Working closely with the Department of Health and Social Care and its agency Engine, we designed a multi-stage qual research programme to explore and develop the comms campaign. First came an initial phase of qual exploring social care with current carers in a series of one-on-ones. Equipped with insight gained from that phase, and the messaging DHSC wished to put out, Engine was able to develop some initial concepts.

We all agreed that we would get more out of the process by putting a range of creative territories in front of the target earlier rather than later in the process, so key learnings about strategy and execution could be integrated into development as soon as possible. We recruited a broad spread of job-hunters who were happy to consider social care and discovered that we were talking to the most delightful bunch of people. People who are considering social care really do care (participants even remember each other’s names).

Our past experience has taught us that a successful recruitment campaign needs to re-frame the career in some way in order to drive consideration. The insights that led to the campaign proposition evolved from a combination of careful listening to what carers told us, close observation of the response to the creative territories we explored and then a strategic leap at analysis stage when we put all our findings together.

Carers told us that one of the appealing features of the job was the fact that every one of their clients was an individual. While many of the tasks that carers performed were consistent (food preparation, cleaning, personal care), interaction with their clients was always different. Carers chatted, they looked at photograph albums, they listened to stories from the past, helped clients with hair and makeup, gossiped about TV programmes and topped up the bird table. This felt significant.

One of the creative territories we explored showed a range of clients with engaging personalities that everyone warmed to immediately. The characters and situations were too exaggerated and unrealistic for the campaign but the response to the ideas was strong enough for us to feel this was significant, too. Spending time with a broad spread of individuals was clearly such an enjoyable part of the job that a campaign based around variety was the key. Thus the Every Day is Different campaign was born.

It was based on a profound truth about the profession, but one that felt fresh and new and lent itself to a long-term and flexible campaign that could work across media and provide current carers with a hook to hang their positive experiences on when they talked about their career with others. With a strong central insight like this around which to build the campaign we then went back to jobseekers and carers to show them the refined creative ideas.

But instead of just showing them stimulus and firing questions at them, we asked them to build on the ideas further. Working in small groups carers and prospects came up with their own ideas. We had a professional illustrator on hand and, while we were exploring further material with participants, he was busy translating their ideas into fully finished drawings.

For an audience that found it easier to communicate visually rather and helped participants articulate what they felt the advertising should focus on. This technique was also an effective way of bridging the gap between the creative team and the target audience: two very different kinds of people leading very different lives.

This exercise, used with both carers and prospects, was not only engaging and empowering, it yielded powerful insights. Asking participants to come up with their own ideas helped us understand the importance of the vocabulary used. Creative teams relish language and many of the concepts used vivid but complex vocabulary. Our audience, less educated but emotionally intelligent, reminded us how powerful simple one-syllable words can be.

The campaign was launched in February 2019 and has been very successful in driving both action and re-appraisal:

40% of the target audience (20-39 C1C2D) recalled seeing the campaign when prompted.

54% of 20-39 C1C2Ds who said they saw the campaign reported that they took action as a result.

Consideration of a job in social care among those who recognised the campaign was significantly higher than those who did not (46% versus 17%).

The team is thrilled by the results and we are excited by how much qual was able to contribute to ensuring that every day is different. 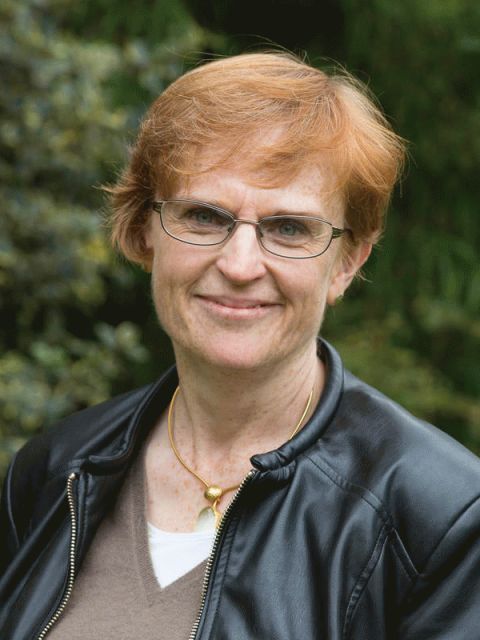 Lucy is one of the three founding partners of The Nursery established in 2001 as a qual company specialising in comms research. Since then The Nursery has grown into a full service agency working for a range of Government and commercial organisations. She has been a speaker / tutor / author for AQR, APG, MRS and The Research Show. She ran the AQR Foundation course for 5 years and served as a judge on the IPA Effectiveness Awards for 2018.