Colour of Research (CORe), a global community promoting diversity in research, is flying high. In Brief talks to co-founder Theo Francis about its evolution. So why isn't BAME helpful? Are carrots always better than sticks?

Could CORe have come together a year, or even six months ago?

It's true that the murder of George Floyd and the unprecedented reaction of big corporations openly speaking on the matter in the last few months has certainly helped to create a larger appetite for something like CORe. However, the issues we are trying to solve have been apparent, at least to us in the ethnic research community, for decades.

So yes, I believe something like CORe could have, and really should have, come together a long time ago and we are pushing so hard to put these initiatives in place because we feel we have a lot of catching up to do.

Can you tell me how the team came together?

Our creation story is really quite organic. I came to the realisation that something like CORe was needed after attending a WIRe event and seeing the great work that they are doing for women in the industry. I heard Jane Frost, MRS CEO, mention that the next community they wanted help elevate was 'BAME'. I reached out immediately to ask how I could help and Jane responded very positively. She told me that they were struggling to pull together leaders for such a movement, though, and that she would let me know when there was any progress.

A few months later I came across a LinkedIn group created by Melissa Gonsalves (Differentology) titled 'BAME in Market Research'. In the description, she spoke of the lack of representation she had noticed attending the MRS Awards and called for us ethnic research professionals to connect and network via the group. I reached out to Melissa and invited every research professional of an ethnic background in my network to the group, one such person being Bob Quershi (iView).

Bob then approached me at Quirks and suggested we take this a step further. We decided to pull together a team of leaders to help us create an official organisation. We found that almost everyone we spoke to had already been having similar conversations, so it really took no convincing at all to get people on board.

The final team included Bob, Melissa and I, Natalie Samuels (Ipsos), Tatenda Musesengwa (Youth Sight), Charlene Adamah (Bilendi), Graham Idehen (Lucid) and Sia Najumi (One Global Translations). We had our first brainstorm via Zoom in early March just as the lockdown began and continued zoom meeting weekly as our goals and mission snowballed into what it is today, which is bigger than I think any of us expected it would be so soon.

The mission statement on your website is very clear: how much work was involved in getting it to this stage?

A lot of work has been put in thus far from everyone in the team and I do sometimes have to pinch myself when I see how much we have accomplished in such a short time. That being said, like flying a plane, taking off is the fun part. Putting together a website and announcing your grand plans is very easy. The real work comes in landing these initiatives.

I am happy with what we've accomplished in the last six months but I know that the next 60 are going to be infinitely more difficult and this is where my focus is.

Do you envisage it evolving over time?

It has to. To start with, our ambitious goals are going to require more man/woman power than us eight co-founders are able to provide so the organisation will need to grow dramatically.

I also expect that some of the initiatives will change over time as we see what works and what doesn't.

So, while our message will remain the same, I do expect our methods to evolve in many ways as time goes on.

Is inclusivity equally problematical in qualitative and quantitative research?

Research has shown that one of the most effective ways a brand can increase its profitability is by tapping into multicultural markets. Yet research is rarely conducted with participants from ethnic backgrounds.

In the quant space, I feel like the biggest obstacle is sampling. The cost of a survey is based primarily on the incidence rate, i.e. High incidence = Low cost, Low incidence = High cost. This means that from the offset, researching ethnic communities is harder to do and costs brands more money.

A solution could be for panels to market more directly to ethnic communities in order to increase membership, but given the low demand for ethnic communities in research (due at least somewhat to the high cost) the return on investment of that marketing spend likely won't make sense from a business standpoint.

The outcome of all of this becomes a sort of vicious cycle, where the increased cost lowers the demand, and the low demand increases the cost. It's very difficult to find a solution to this without fundamentally challenging the current business model of the entire quant industry.

Another factor you must account for is the differences in legality when profiling respondents based on race around the world. In several countries, collecting data on ethnicity is illegal. This decision to outlaw racial profiling was, I'm sure, made with the best of intentions. In practice, however, these restrictions make conducting the really important research on race infinitely more difficult, if not impossible.

I think, in both qual and quant, it's really time we stopped looking at 'BAME' as one demographic and realise it's made up of several extremely diverse communities. What resonates with a Black man is most likely going to differ to what resonates with an Asian woman, so lumping them all together makes no sense at all.

I believe there is also an issue with resourcing and using the right moderators/interviewers, etc., for the communities they are researching. That's not to say we need to segregate races in every research study, but often particular nuances of ethnic communities are ignored in research design and respondents are left feeling misrepresented and offended. So, ensuring there is diversity among those who are conducting the research is equally as important in my opinion, as the diversity of the research participants.

Are there equivalent organisations on the Continent, or do you intend to be a broad church?

Since launching we've come across a few organisations with a similar message to CORe. For me, regardless of the flag they fly, more efforts being made to bring about racial equality can only be a good thing.

We do intend to be a global organisation. We already have members from all around the world and are currently speaking with certain research professionals in North America about opening a chapter over there.

From there, we will continue to open chapters around the world wherever CORe is needed. Currently though, our plan is to "get our own house in order first" and ensure the initiatives we are putting in place in the UK are working.

How will you gauge whether you are making any progress?

The MRS's 'CEO Pledge', which will now include our 'CityRep Pledge' calling for the ethnic diversity KPI to reflect the ethnic makeup of the cities in which companies are based, will be a really good measure of progress. Year on year, companies will need to display their employment statics, as well as the difference in pay, for all their employees, so we will be able to see which companies are making progress in the UK quite easily.

In addition, we are partnering with a number of research organisations to conduct primary and secondary research within the research community to measure the problem in various ways and we will continue to do this.

I would also hope that, after a while, we will be able to see the progress simply by using our eyes while attending mrx events and seeing more people of ethnically diverse backgrounds around us.

Did you have mentors of your own when you started work in research? If so, who and what difference did it make?

I can't really say I had any mentors through most of my career and certainly none that would have been able to relate in terms of how it feels being the only brown guy in the room. I did, however, learn a lot from bosses and colleagues. I think that indirect mentorship is something that should not be ignored.

These days I'm lucky enough to have several mentors. Each one supports and guides me in their own unique way. It's been a game changer to have such experienced individuals in my corner and I believe it's so important for anyone looking to progress quickly to surround themselves with people who have been there and done it.

Sure, you can do it on your own and learn through mistakes, but why waste your time? Having a mentor gets you there faster and this is why our Each One Teach One Mentorship Programme really is the 'core' of everything we are trying to achieve.

It's obviously early days, but how good has the take up of the mentoring scheme been?

The take up has been fantastic! We have some of the biggest names in research reaching out to us daily to offer their support as a mentor.

I think what we need more of now is mentees. Our Fresh Faces initiative is geared towards bringing more people of ethnic backgrounds into the industry. I think people who are further along their career journeys, though, may believe the mentorship programme is designed only for youngsters or junior professionals. That's really not the case at all.

We can all use a helping hand when trying to reach that next level, whether you're just starting out or looking to be the next CEO, and CORe is here to provide that help, at any level.

Listening to various podcasts recently, there seems to be some debate as to whether carrot or stick is the right approach to make strides in this area. Which one do you favour?

Certainly the carrot! In my opinion, the stick just fosters resentment and perpetuates tick box culture.

The research is out there that shows ethnically diverse teams outperform non-diverse teams in numerous ways and it's been proven that companies which focus on multicultural audiences are more profitable.

So, the business case is there for ethnic diversity. Organisations in all sectors should be looking at how they can benefit from it, not just ethically but financially, because this is business, after all.

I believe if this message can be made clear to corporations around the world it will do far more to incentivise the creation of diverse workforces than any rules or regulations ever could.

How can people reading the article (researchers, other people working in qual) get involved with CORe/ contribute to its aims?

First of all visit, colourofresearch.org and sign up as a member. It's free and it keeps you in the loop with everything we are doing.

There are several ways people can get involved, from mentors and mentees, to sponsors, advocates, and volunteers. This is a big problem we are tackling, and we need as many hands on deck as we can get so if you're interested in helping change the colour of the research industry, please do get in touch. 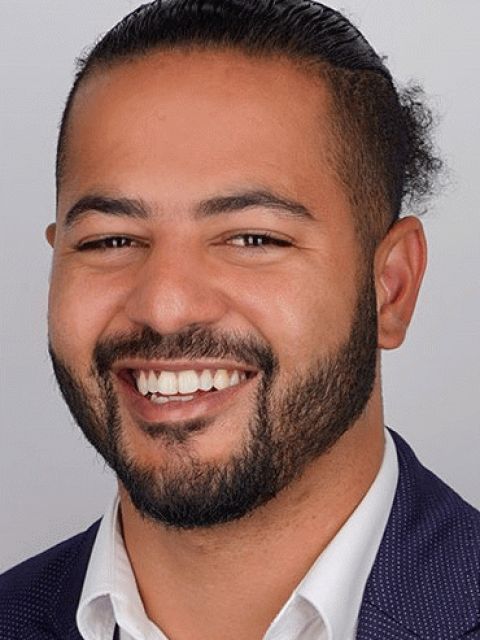 Owner and Managing Director of GuineaPig Fieldwork, Theo brings a boat load of energy, passion and enthusiasm to the cause, as well as a deep toolbox of transferable skills from business development and project management to marketing and branding. Having previously been involved in racial activism projects long before his career in research, the CORe message is close to his heart and something he wears on his chest with pride. As Director of CORe, Theo is responsible for organisational development and oversight, branding and assisting with strategic long-term planning.